IPBC Global got underway yesterday in San Francisco with a special lunch to honour this year's indcutees into the IP Hall of Fame and the opening reception, which gave delegates their first opportunity to network and to chew the cud about the big issues they are facing.

In a couple of hours, the educational part of the event begins with a keynote presentation from USPTO Director Andrei Iancu. That will be followed by a debate on the motion "This house believes that despite recent negative developments, the United States remains and will continue to be the driving force of the global patent market". That is quite a way to open!

We keep the momentum going after the coffeee break with another keynote - this time from GE's chief innovation officer Sue Siegel - before the morning's plenaries end with a group of corporate IP heads being grilled on how they would react to a series of scenarios in which decisions taken could spell opportunity or disaster.

There will be a full report on events on this site once the day has finioshed and, of course, we will be Tweeting regularly from the @iam_magazine feed using hashtag #IPBCGlobal.

In the meantime, here are a few IPBC Global data points for you. 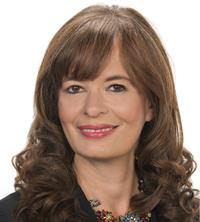