Litigation numbers are falling in East Texas, but it’s still predicted to be the second busiest year on record

One of the stories of the year so far has undoubtedly been the dramatic fall in US patent litigation filings in the first quarter. There were 947 from the beginning of January until the end of March, down from 1,554 the year before. It seems likely that the introduction of heightened pleading requirements last December had an impact, as plaintiffs rushed to file new suits last November before the new rules were introduced. The first full year since the Supreme Court’s Alice decision may also have had an effect as potential plaintiffs become more accustomed to a far greater level of uncertainty in infringement litigation.

What we don’t know quite yet is whether Q1 presaged a longer trend or represents a short-term correction. According to the most up-to-date figures from Lex Machina, new filings remain well down year-on-year with the total now at around 1680 – more 650 cases below 2015 levels. That suggests we may be looking at more than just a blip.

Approximately two-thirds of that drop in cases can be accounted for by a big fall in filings in the Eastern District of Texas. Last year was perhaps the most remarkable on record for the jurisdiction of choice for many patent plaintiffs as 2,536 new cases were filed there. These accounted for 44% of all new patent suits.  So far this year plaintiffs have racked up 583 in EDT compared with 965 to this point in 2015, according to Lex Machina.

That would suggest a few forces could be at work. The new pleading requirements are undoubtedly playing a part, but just as significant may be a decision last year by Judge Rodney Gilstrap to throw out 168 cases brought by serial filer eDekka and to award almost $400,000 in attorney fees against the firm. As the judge who has by far the most patent suits on his docket, Gilstrap’s handling of that certainly got people’s attention.

However, despite the current decline in East Texas cases, Lex Machina’s estimate for this year shows that new filings are on course to hit just over 1,800, which would be the second busiest year on record for the district. So what’s going on? Well, those filers like eDekka that suddenly bring a big batch of cases are bringing fewer lawsuits.

Here’s the top 5 filers of new cases in Q1 this year:

And the top 5 from last year:

So the most frequent case filers brought roughly half the number of lawsuits in the first quarter year-on-year, but both tables include a fairly typical of entities that are hardly household names.

Talking to lawyers on the ground they suggest that a lot of the cases that were filed in the run-up to the change in pleading standards were brought by just a handful of plaintiffs.  That’s confirmed by Lex Machina’s review of litigation in 2015 which showed that there was a spike in cases from what it calls high volume plaintiffs in the last quarter.

“The docket is back to where it was before last year,” comments Michael Smith of Siebman, Burg, Phillips & Smith, who is based in Marshall in East Texas. “The drop off in new cases is among those brought by plaintiffs that were generally thought to be the most egregious abusers of the system. It now looks a lot like the personal injury docket of about 15 years ago when people heard the Eastern District was a fantastic place to file. That’s true but only if you have a strong case."

Some may view Gilstrap’s handling of eDekka and particularly his decision to award fees in the case as a significant shift – Smith certainly casts it in a positive light. But to other East Texas lawyers it merely confirms the position that Gilstrap had been insisting he would take.  “For those of us who practise in front of Gilstrap the fee award doesn’t do much more than serve as written acknowledgement of what he has been saying, that he respects recently handed down decisions,” insist Brian Dunne of Olavi Dunne.

There’s no doubt that for many plaintiffs East Texas still holds a considerable appeal for its perceived efficiency and for what are generally view to be far more favourable litigation conditions than most other districts. That sense that they’re far more likely to get a fair hearing in Tyler or Marshall is enough to keep patent owners returning. Plus local judges have taken a far more patent-owner friendly stance on patentability issues since Alice.

Its plaintiff friendly status also means that the issue of venue reform – which is really about making it far harder for companies to bring suits in East Texas – is never far away in the great US patent debate. Two legislators have recently introduced a standalone bill aimed at addressing the issue, although Senator Grassley, the chair of the Senate Judiciary Committee, disclosed that his preference was to pass a broader-based piece of legislation like the upper chamber’s PATENT Act.

Despite Grassley’s comment some local practitioners think that changes are inevitable. “When you have any single issue that has as much money on one side as getting patent cases out of the Eastern District of Texas then you have to assume that something’s going to happen,” admits Dunne.

How a continued decline in litigation volume impacts the legislative arguments will be worth keeping an eye on. If the first few months of this year are anything to go by then litigation numbers are going to drop in East Texas. It just may not be enough to assuage those who insist that venue reform should be part of any patent legislation. 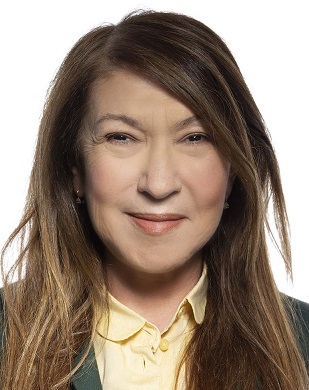