It was a busy March for the global life sciences sector. In our monthly round-up of the news, we report on the big developments – and predictions – in the CRISPR patent arena, Novartis’ $13 billion deal with GSK, the prevalence of compulsory licensing, and much more. You can see the February round-up here.

Charpentier gets new European CRISPR patent, shortly after Broad Institute cancellation – It was reported at the start of last month that the EPO had granted a new CRISPR patent to Emmanuelle Charpentier, the University of Vienna and the University of California. The grant – which covers the use of CRISPR-Cas9 in gene regulation and other applications beyond gene editing – came shortly after rival CRISPR innovator, the Broad Institute, had its core European CRISPR-Cas9 patent cancelled by the EPO. And so, while the Broad Institute has so far enjoyed success in its US patent battle with the University of California and co, the opposite pattern may be unfolding in Europe.

Backlash against Mohawk Restasis deal intensifies – Last month saw the introduction of the Preserving Access to Cost Effective Drugs (PACED) Act to the US Senate. The proposed legislation seeks to remove the possibility of using sovereign immunity as grounds for exemption from administrative post-grant cancellation proceedings. As such, it is a reaction to Allergan’s failed 2017 attempt to protect its patents for Restasis from administrative cancellation proceedings by transferring the rights – in return for a licence to use them - to the St Regis Mohawk tribe, which then claimed that its sovereign immunity made the patents exempt from challenge before the USPTO’s Patent Trial and Appeal Board. Reflecting broader concerns about pharmaceuticals patents, the legislation, I argued, demonstrates that Allergan’s ploy was a political – as well as a legal – failure, which could end up backfiring on pharmaceuticals innovators in general.

St Regis Mohawk IPR hearing stayed by federal circuit – There was some good news for the St Regis Mohawk tribe as March came to a close. Following the Patent Trial and Appeal Board’s ruling that the tribe’s sovereign immunity does not exempt its Restasis patents – recently transferred from Allergan – from inter partes review, the St Regis Mohawks requested that the pending post-grant proceedings be stayed until their appeal is heard. Though this request was denied by the Patent Trial and Appeal Board, the Federal Circuit subsequently granted the tribe’s motion, accepting the Mohawks' argument that their appeal had divested the administrative board of jurisdiction in the matter. At the very least, the inter partes review proceedings will now be postponed until after oral arguments have been made in the appeal hearing, scheduled for June this year.

Indian pharma organisation calls for use of compulsory licences, more information from patentees – The Indian Pharmaceutical Alliance, a powerful association of the country’s (mainly generic) drug companies, warned the Indian government that patent law was not being used effectively to promote public health objectives. In a document sent to the Indian Patent Office and Department of Industrial Policy and Promotion, it encouraged the use of provisions in the Patent Act to force rights holders to disclose information on the commercial use of their patents. This, the alliance said, would help the government gauge the balance of public interest between incentivising innovation and lowering the price of medicines through the use of compulsory licensing. It also called for patent filings to be placed in the public domain.

CRISPR patents will become harder to acquire, predicts expert – IAM reported on an article in the first issue of CRISPR Journal, which argues that obtaining patent rights for CRISPR innovations is set to become more difficult in the future. Jacob S Sherkow, an expert on the relationship between scientific developments and patent law, predicts in the article that, precisely because of the huge potential the gene-editing technology is now known to have, establishing the non-obviousness of CRISPR inventions will present significant challenges for future inventors in the field.

Use of TRIPS flexibilities more common than thought, claims study – A recent study published in the World Health Organization’s bulletin argues that the use of TRIPS provisions, including compulsory patent licensing, to access cheap generic medicines has been greater than previously reported. The study dissents from the view – which it claims is common in the existing literature – that “since 2001, the use of TRIPS flexibilities has been sporadic and limited”, finding over 100 examples of possible compulsory licences or public non-commercial use licences between 2001 and 2016; 19 of these, it notes, were not ultimately implemented, due to factors including voluntary price reductions by rights holders. For the most part, licences were invoked as part of the procurement process and passed with little publicity, it is claimed. However, the paper argues, the spread of TRIPS-plus arrangements is reducing the scope for government IP intervention on public interest grounds.

European Commission reports on pharma patents settlements – Since 2009, the European Commission has been monitoring patent disputes settlements between drug innovators and generic companies with a view to identifying agreements which delay generic entry in contravention of EU unfair competition law – so-called pay-for-delay agreements, for example. Last month, it released its eighth annual report on the subject, which found that in 2016, 29 of 107 settlements in Europe did not limit generic entry, 66 limited entry but did not involve a value transfer from originator to generic, while only 12 both restricted generic entry and involved a transfer of value from the patent holder. The number of settlements which might attract unfair competition scrutiny has “stabilized at a low level”, it claims, despite a relatively large number of agreements being struck.

The application of the Alice decision, not the decision itself, is the problem, argue law professors – A group of prominent scholars has argued in an amicus brief that lower US federal courts have been applying overly-restrictive criteria for patent-eligible subject matter, which are out-of-keeping with Supreme Court precedent and legislation. As IAM reported, the professors have urged the Court of Appeals for the Federal Circuit to reverse the cancellation of a diagnostic method patent owned by the Cleveland Clinic. They argued that the patent – like many others – was invalidated on the basis of a misapplication of the Alice-Mayo test for patentability, which failed to take into account the application’s claims “as a whole” and neglected important factual evidence.

Pfizer on the hook for £500 million NHS compensation if unsuccessful in pregabalin trial, says study – A recent study contended that Pfizer should be held liable to pay more than half a billion pounds in damages to the UK National Health Service if it loses its Supreme Court bid to reverse the cancellation of its patent for pregabalin. I argued in an IAM blog that any compensation battle with the NHS would be a painful end to an already costly battle for Pfizer, and that the other pharma innovators ought to be mindful of the prospect of increased third-party involvement in patent disputes in the UK and elsewhere – a possibility that became a surprise talking-point at IAM’s annual Pharma and Biotech IP Summit in February.

Indivior fails to show infringement of Key Suboxone patents-  A US court ruled that a generic version of opioid addiction treatment Suboxone does not infringe three patents asserted against it by the branded drug’s owner, Indivior. This comes after a similar blow last year, in which the company lost a dispute with Dr Reddy’s relating to another patent for the drug – whose US sales constitute the majority of Indivior’s revenues. Having set aside $450 million for its ongoing legal battles, Indivior promised to appeal the ruling and “continue to vigorously defend our intellectual property”. And it is thought unlikely that Alvogen, the producer of the generic, will be able to launch its product this year, because of two other Suboxone patents being asserted against it.

AstraZeneca partner seeks $192 million royalties following Merck sub-licence – Array Biopharma is demanding AstraZeneca pay it $192 million, alleging that the Anglo-Swedish firm has been refusing to pay royalties on Selumetinib – which it in-licensed from the Colorado-based company in 2003 – since last year. The drug was part of 2017’s headline-grabbing immuno-oncology partnership between AstraZeneca and Merck, which saw the former receive a $1.6 billion initial payment. Array claims that AstraZeneca was not entitled to sub-license the treatment, it has been reported.

GlaxoSmithKline fails in pay-for-delay appeal, must pay $54 million fine - March saw the latest development in a long-running UK pay-for-delay dispute, when GlaxoSmithKline failed in its appeal against an unfavourable Competition Appeal Tribunal decision. The tribunal had upheld the ruling of the UK unfair competition regulator that GSK had made anti-competitive deals to keep generic versions of its Seroxat/Paxil antidepressant off the market, benefitting the generic drug producers, while creating extra costs for the UK National Health Service. The British company was fined the equivalent of $54 million in 2016 – a sum it must now pay. However, the matter has not yet been brought to a close; the big pharma company has announced it will refer the case to the Court of Justice of the European Union.

German Federal Patent Court refers SPC matter to EU Court of Justice – A dispute regarding the German Patent and Trademark Office’s refusal to grant a Supplementary Protection Certificate for Sitagliptin has been referred to the Court of Justice of the European Union by the German Federal Patent Court. The drug – developed by ProBiodrug and subsequently acquired by Royalty Pharma – was granted an SPC in the UK in 2016, but had its German application rejected on the grounds that the relevant patent’s non-individualised disclosure of the active ingredient fails to comply with Article 3a of the EU’s SPC Regulation. The Court of Justice of the European Union will consider for the first time whether an active agent must specifically be mentioned in a patent in order for an SPC to be acquired, said Dirk Bühler of Maiwald, who represents Royalty Pharma.

Novartis gets $13 billion for consumer healthcare business – The end of the month saw Novartis sell its stake in consumer health company JV to GlaxoSmithKline for $13 billion. The Swiss entity’s CEO Vas Narasimhan said that it had taken the opportunity to “divest a non-core asset at an attractive price”, thereby raising capital to strengthen its core pharmaceuticals business by, inter alia, making ‘bolt-on’ acquisitions. GlaxoSmithKline had been expected to bid for Pfizer’s consumer healthcare unit, pulling out just before the agreement with Novartis was announced. In my latest IAM blog, I argued that Novartis’ strategy of consolidating high-priority treatment areas through transactions seems to be shared by many other pharma innovators, if not GlaxoSmithKline – a trend that could drive an upsurge in patent-heavy acquisitions in the coming years.

Merck dishes out $6 billion for share of cancer drug – Further strengthening its position in oncology, Merck struck a deal for 50% of the revenues from Eisai’s Lenvima, agreeing to pay $300 million up front, rising to as much as $5.76 billion if the drug hits its sales targets. The deal may have been driven by the fact that a combination therapy, based on Lenvima and Merck’s existing property Keytruda, recently received Breakthrough Therapy Designation from the US Food and Drug Administration. The agreement also came just months after Merck bought a 50% stake in AstraZeneca’s cancer drug Lynparza.

Biogen buys Schizophrenia drug from Pfizer – Biogen has agreed to buy a phase 2 Schizophrenia drug – currently known as PF-04958242 – from Pfizer for an initial fee of $75 million, potentially rising to $515 million, plus royalties. Pfizer is thought to be offloading its neuroscience assets, with this sale following shortly after the divestment of drugs for Parkinson’s and Alzheimer’s diseases. 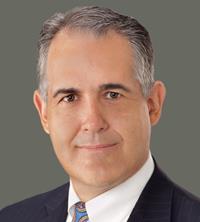