European parliament approves SPC manufacturing waiver – In its final plenary session prior to the EU elections, the European Parliament has adopted legislation introducing a manufacturing waiver for drugs protected by supplementary protection certificates, voting by an overwhelming majority of 572 votes to 36 votes, with 22 abstentions. This brings to a conclusion the lengthy EU legislative process in which a final draft regulation was produced as a result of negotiations between the Commission, the Council and Parliament. Producers of generic versions of SPC-protected drugs will now be able to manufacture those products for export from the EU, and stockpile the drugs for eventual sale in EU markets in the six months prior to SPC expiry. The proposed waiver, intended to boost manufacturing and employment on the continent, has drawn stiff opposition from Europe’s innovative biopharma industry, which has argued that the move would undermine incentives for inventing new drugs and would increase the risk of IP infringement.

US Senators release proposed framework for Section 101 reform – Several US legislators expressed concern that the country’s patent law is discouraging innovation in areas such as personalised medicine and medical diagnostics, because of the subject matter eligibility constraints imposed by interpretations of Section 101. Senators Chris Coons and Thom Tillis, both of the Senate Judiciary Subcommittee on Intellectual Property, put forward a framework for Section 101 reform following consultation with affected parties. However, as IAM reported, there are concerns that actually framing legislation that brings enough support on board so that it has a chance of passing will prove tough to do.

30-month stay targeted in latest US pharma patent reform legislation – A bipartisan bill was introduced to the US Senate seeking to promote generic competition limiting the circumstances under which a 30-month stay of approval is available to patentees under the Hatch-Waxman Act. The Reforming Evergreening and Manipulation that Extends Drug Years Act is the latest in the series of recent draft laws seeking to make the US patent system less favourable to pharma rights holders. It proposes expanding the strategic litigation options open to imitators, but is unlikely to increase generic drug entry substantially if passed.

Disappointing deal volume for biopharma in Q1-  The volume of pharma and biotech M&A transactions in the first three months of 2019 fell to a level last seen in 2013, according to figures released by EvaluatePharma. This is despite the same period seeing $92 billion spent in acquisitions – the highest value of deals produced by any quarter since 2014. The mismatch between deal value and volume in this period is accounted for by Bristol-Myers Squibb’s $74 billion purchase of Celgene – the fourth largest pharma deal in history, and far more valuable than Q1’s second most expensive acquisition, Eli Lilly’s purchase of Loxo Oncology for $8 billion. The first three months’ other $1 billion-plus deals were Roche’s $4.8 billion acquisition of Spark Therapeutics and Ipsen’s $1.3 billion purchase of Clementia Pharmaceuticals.

Nobel Laureate’s licensing spat – IAM reported on Japanese immunotherapy pioneer Tasuku Honjo’s demands for a patent licensing renegotiation with partner Ono Pharmaceuticals. Information relating to a dispute over multi-billion dollar discoveries. The dust-up suggests that the Nobel Laureate may have lacked adequate IP support from his university during patent prosecution and licensing negotiations.

UCal granted “all tennis balls” CRISPR-Cas9 patent – The University of California was granted the fundamental CRISPR-Cas9 patent that has been at the heart of its high-profile interference dispute with fellow CRISPR rights holder, the Broad Institute. But, as IAM reported, experts believe validity challenges are on the cards.

EPO president makes controversial patentability intervention – EPO president Antonio Campinos triggered a strong response from the European patent community when he asked the Enlarged Board of Appeal to review a recent appellate decision on the patentability of plants produced by biological processes. This IAM article explains why the intervention – though unlikely to succeed – would be considered by many to be harmful to innovation in burgeoning sectors of the life sciences.

‘Reverse patent trolls’ plague big pharma in China – IAM shed light on the phenomenon of companies threatening to challenge valuable Chinese pharma patents unless the rights holders pay a ‘consulting fee’. With invalidation rates for such patents unusually high in China, this is a problem that innovators must take seriously.

UK Supreme Court confirms dosage regimens are patentable – The UK’s highest court handed down a much-anticipated judgment in Actavis v ICOS, IAM reported. Rejecting any one-size-fits-all obviousness test, it confirmed that the discoveries of routine tests are patentable in theory, but upheld a standard which makes patenting dosage regimens difficult.

CAFC knocks out another medical diagnostics patent on 101 grounds – In Cleveland Clinic v True Health Diagnostics, the US Court of Appeals for the Federal Circuit (CAFC) affirmed a lower court’s ruling that Cleveland’s patent-in-suit for a heart disease diagnostic test was patent ineligible under Section 101. As IAM reported, the decision seemed to be based on a rejection of USPTO guidance which office director Andrei Iancu hoped would be reflected in Federal Circuit judgments.

Final nail in the coffin of Allergan’s Restasis strategy – The United States Supreme Court declined to take up Allergan’s appeal against lower court decisions thwarting its controversial patent strategy for eye treatment Restasis. The company hit the headlines in September 2017 when it announced it had transferred its Restasis patents – which faced inter partes review challenges – to the St Regis Mohawks, who had then licensed the rights back to the company. The St Regis Mohawks claimed that its tribal sovereign immunity exempted the patents from USPTO validity challenges. Having prompted angry responses from media and political figures, this approach also suffered legal setbacks, with the Federal Circuit ruling that sovereign immunity could not shield the assets from administrative review. Allergan’s appeal to the Supreme Court was the company’s final opportunity to salvage its strategy.

Federal Circuit clarifies concept of “scepticism of others” in obvious assessments – In a precedential opinion, the CAFC upheld a PTAB decision finding an Eli Lilly patent valid. Covering a method of administering folic acid and methylmalonic acid lowering agent before administering pemetrexed disodium, the patent had been challenged on obviousness grounds by Neptune Generics, which argued that it was already well-known that using folic acid before taking the drug would reduce toxicity. Rejecting this argument, the PTAB found that the combination protected by Eli Lilly was not anticipated in the prior art, citing the FDA’s scepticism in its decision. Affirming this finding, the Federal Circuit dismissed Neptune’s view that scepticism, as it applies to the obviousness assessments, is not strictly defined as a belief in the technical infeasibility of an invention, but is a broader, more flexible concept.

Genentech alleges Pfizer’s biosimilar infringes patents – Genentech has filed a lawsuit against Pfizer, claiming that the defendant’s proposed biosimilar bevacizumab infringes 22 patents relating to its best-selling reference product Avastin. According to the complaint, filed in the United States District Court for the District of Delaware, Pfizer had previously turned down a request to provide its abbreviated Biologics License Application (aBLA) and “other information” relating to the drug’s manufacture within 20 days, submitting only sections of its aBLA. After further correspondence, Pfizer agreed in March 2019 that the patents Genentech claimed are infringed would be the subject of the infringement litigation under the Biologics Price and Competition Innovation Act (BPCIA). Genentech is seeking a jury trial and has asked for preliminary and permanent injunctions as well damages.

Athena files for CAFC rehearing – On 8th April, Athena Diagnostics filed a petition to the CAFC asking it to grant a rehearing of its dispute with the Mayo Clinic en banc. In February, the appellate court affirmed a Massachusetts federal district court decision invalidating a patent (exclusively licensed to Athena) covering methods for diagnosing neurological disorders on Section 101 grounds. Athena’s counsel is now arguing that the court’s decision was based on a misinterpretation of recent Supreme Court precedents, including Alice and Mayo. The CAFC must now answer “one or more precedent-setting questions of exceptional importance”, they write: whether it now recognises a categorical bias against patent claims to methods of diagnosis; and whether courts may now exclude claim elements that they deem “conventional” in deciding whether a claim is directed to patent eligible subject matter.

Summary judgment denied in Cannabis patent eligibility dispute – The District Court for the District of Colorado denied a motion for partial summary judgment filed by Pure Hemp in its dispute with United Cannabis Corp (UCANN). UCANN launched the suit against Pure Hemp, arguing that the defendant has infringed its patent (9,730,911), which claims liquid cannabinoid formulations. Pure Hemp challenged the asserted claims on Section 101 grounds and sought a partial summary judgment. It argued that the patent is directed to the natural phenomenon of the claimed cannabinoids, flavonoids and terpenes; while the UCANN argued that the patent claims eligible human-modified formulations. Judge William J Martinez agreed with the plaintiffs, finding that liquefied versions of cannabinoids had not been demonstrated by Pure Hemp to be naturally occurring phenomena, even though some cannabinoids naturally take the form of a viscous resin. UCANN had claimed precise concentrations, which are not “the handiwork of nature”, but the patentee’s “handiwork”. 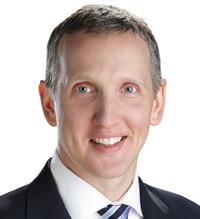