Jon Dudas resigns as Director of the USPTO

The PatentlyO blog is reporting that USPTO chief Jon Dudas has announced he will be standing down in mid-January. This is not a huge surprise, given that the Bush-appointed Dudas was never going to keep his job under the incoming Obama administration. The fact that he seems to be giving just a fortnight's notice, though, may indicate that he has now secured another job. If so, it will be interesting to see whether he stays in IP and, if he does, in what capacity.

Note - I got the following clarification from the Office of Public Affairs at the USPTO last night about the resignation: "The Patently-O item about Jon was actually a bit misleading. Jon is going to be here through the end of the administration (Jan. 20). Jan. 12 is actually a day we’ve arranged for a reception for employees to say farewell to him prior to his departure, but he is not leaving on that day."

I think it's safe to say that Dudas's departure will not be greatly mourned by many in the US patent community. Practitioners object to what they consider to be his lack of patent expertise and accuse him of high-handedness in failing to consult meaningfully over proposals to make fundamental changes to USPTO rules and procedures; while many also point out that under his watch the backlog of applications has grown and claim that the quality of patents issued by the office has declined - although no real evidence, beyond hearsay, has ever been offered to support this notion (indeed, the only specific research I have seen on the subject suggests that quality may actually have improved while Dudas has been in charge).

However, it is worth remembering that a lot of the complaints practitioners in the US make are similar to those made by their colleagues elsewhere in the world . So, for example, the USPTO is not unique in being an office which is asking applicants to do more work than they have been asked to do in the past; neither is it the only one where acceptance rates are falling; or where there is a growing backlog; or where the examining corps is said to be disillusioned and under stress. All of these things apply to the EPO too.

On top of all of this, Dudas has been in charge as patent trolls have developed as a real threat to businesses in certain sectors, as the demand for patents has increased and internationalised, as China has emerged as a global patent player, and as patents have become a political issue, as well as one that interests more boardrooms than ever before. None of his predecessors had to deal with this wider environment, neither did they do their jobs under the general media scrutiny Dudas and his team have faced. He is, of course, the first USPTO Director to have held office in the age of blogs and global internet access.

None of this is meant to excuse Dudas, but I think it does put his tenure into some kind of context.  Time will tell us whether Dudas was as bad for the USPTO as so many claim. A lot, I imagine, will depend on who is finally selected to replace him on a permanent basis, and the job he or she does. My suspicion, though, is that ultimately Dudas has copped a lot of flak because he has been in charge during a period when the US patent environment has changed fundamentally, to the discomfort of many who started off in a previous, less demanding age. But the truth is that change was going to occur whoever had the Director's job this last six years. And whoever succeeds Dudas is not going to reverse this change.

Patents are simply more important than they used to be, meaning the pressure on everyone who earns their living from them is that much greater. The best that is going to be on offer under a new Director, I would hazard, is a different leadership style that will involve more dialogue with the US user community and more willingness to act on their suggestions. That will be a welcome development. The fundamentals, however, will stay the same: it will be harder to get a patent, applicants will be asked to provide greater amounts of information to support their applications and the whole process will probably be more expensive. 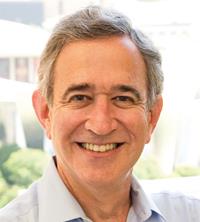