It is now incumbent on all sides to back full transparency at the EPO; and that does mean all and full

SUEPO, a union that represents patent examiners and other staff at the European Patent Office, has announced that it will be staging another demonstration connected to its on-going, all-pervading dispute with the office’s senior management and “major players” in the Administrative Council. A march on the UK consulate in Munich is to take place on 25th February aimed at alerting “the British government to the problems in the EPO and the role played by the British delegation” to the council.

Chairman of the Patent Law Committee Sean Dennehey is singled out by SUEPO. They accuse him of supporting unspecified measures introduced by EPO president Benoît Battistelli which allegedly “deny EPO staff fundamental rights that are taken for granted by all other European citizens” and of backing the suppression of public discussion about the suspension in late 2014 of a member of the Boards of Appeal (something that has caused a great deal of controversy way beyond the office).

Those of us who have observed events at the EPO over the years would never accuse SUEPO of understating its case. If you go to the union’s website and look under the press release section you will find the first one it has available dates from 2007 and is filed under the headline “10,000 patent officers fear for the future of the worldwide patent system”. The release announces a letter signed by examiners from the US, Europe, Germany, Austria and Canada:

The union representatives of these, the biggest patent offices in the world emphasize the major significance of high quality patents for a healthy, innovative economy geared to growth as well as for future-looking research.

In their letter, the patent examiners warn that the current working conditions make it almost impossible for them to satisfy this requirement for quality. The constant pressure for greater productivity, which calls for an ever increasing number of ever more complex patent applications to be handled, is having a negative long term effect on the protection of intellectual property worldwide.

Similar things were being said a year later as SUEPO fought against proposed changes to working conditions being proposed by then EPO president Alison Brimelow. At that time it was claimed that examiners were being forced to grant low quality patents in order to hit revenue targets. At a march organised by SUEPO in Brussels, Sylvie Jacobs – an official of Union Syndicale Fédérale to which SUEPO was affiliated – addressed Brimelow and Roland Grossenbacher, who was head of the Administrative Council:

Stop decentralising EPO tasks, stop ruining the quality of granted patents, stop distorting the system away from the interests of real innovators towards the interests of the most aggressive international players and perhaps a few Anglophone patent attorneys, stop opposing the Lisbon agenda, stop frustrating the EPO staff … Become aware of your real task: serve the European consumers, universities, SMEs and all real innovators, gear the EPO to the EU, support and facilitate the introduction of the community patent, allow your staff to proudly serve Europe and its citizens.

Fast-forward seven years and we are hearing similar kinds of claim as senior EPO management re-engineers examiner working practices and salary packages. What worried me then about SUEPO’s rhetoric is what worries me now: where is the evidence that new conditions are having any effect at all on patent quality? If the same things have been predicted since 2007 by now we should have at least some idea about whether they have come to pass. I have seen no evidence that they have.

Neither, for that matter, have I seen any evidence that examiners are leaving the EPO in any great number as a result of the changes or because they are being deprived of “fundamental rights that are taken for granted by all other European citizens”. Remember, we are talking here about highly-qualified, multi-lingual individuals with strong engineering and scientific backgrounds – the kind of people who can generally walk into new jobs should they want to do so. If things really are as dire as SUEPO claims, then surely the EPO would be losing examiners at an alarming rate. But that does not seem to be happening. Maybe it is actually the case that the vast majority of European citizens do not get close to the working conditions and entitlements that EPO examiners enjoy (as they should, I hasten to add).

However, that SUEPO may well be crying wolf does not get the EPO’s senior management and the Administrative Council off the hook. I have written before about the lack of transparency at the EPO and I continue to believe it is a major problem. From the election of the president to the inner workings of the council there is a veil of secrecy where there should be complete openness. It is ridiculous that we do not know the full circumstances surrounding how and why the head of a public institution as important as the EPO was chosen, or that we do not have minuted records of who said what at important meetings in which big decisions can be taken.

Where SUEPO is absolutely right is in saying that the EPO exists to serve the people of Europe, as well as all those who apply for patents through it. How can we judge whether that is happening as well as it could if we are not shown clearly how everything works? When I interviewed him last December, Battistelli did not give the impression that he felt there was a problem. I respectfully disagree with him.

Without transparency, what observers rely on is what the office and unions choose to tell them, as well as rumour and leak; that is just not good enough. The president and others in the office are now discovering that it can also be very discomfiting, as what should be a run-of-the-mill industrial dispute about salaries and working conditions has morphed into something far bigger and harder to deal with. Neither does it allow us, the people the office is supposed to be serving, to gain a fully rounded view of the issues and to decide who may be right or wrong.

But, of course, transparency, does not just mean opening up the process of choosing high-ranking officials to public gaze or of providing the full transcripts of meetings that are currently held behind closed doors; neither is it only about having the likes of Battistelli and Jesper Kongstad appear on a regular basis to answer, fully and frankly, questions about the office and the policies it pursues. As important as all these things are, there is much more to transparency than that. What we also need to see are how different examining units within the EPO perform, their attrition rates, accurate figures relating to workload, the number of sick days that staff take and so on. Data on all these things is generated, it should be shared.

In the short-term making all this information available will undoubtedly be uncomfortable for many constituencies within the EPO, but in the longer term it will make things much better. There will be no secrecy to hide behind and presenting rumour and anecdote as fact will be a far harder task. Everyone who works at the EPO is a public servant. We have a right to know exactly what they are doing; especially now, when patents are more important, politically and economically, than they have ever been before. 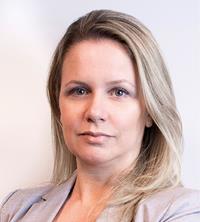