There has been much debate in recent years about the ongoing state of patent rights in the US, with some arguing that their erosion poses a serious threat to the country’s economy. It was against that backdrop that the International IP Commercialization Council (IIPCC) recently held its first event in the US focused specifically on IP policy.

The IIPCC bills itself as a platform for interested parties to increase their understanding of IP and its commercial potential. Although a number of reports have covered what was discussed on the day, in this guest blog the council’s US head Rob Aronoff distils the main calls for action that came out of the panels and broader discussions. Here’s what he has to say:

It has been three weeks since the IIPCC held our inaugural DC IP policy discussion in the Capitol Building. By now many of you may have read one of the detailed recaps. For those of you that want to watch the video of the programme, read the transcripts, view slides and photos, or read the 3rd-party recaps that were written, we are releasing them to the public coincidental with this blog on IAM – just click here. The speakers were very direct and frank about the current state of play in the US. I know many of you will find the content quite compelling.

For those of you who want to cut to the chase, the consistent message coming out of the conference was this: for the sake of the US’s future economic standing in the world, we need to repair the ability of the small company, inventors and investors to defend their IP rights in the face of monopolistic-acting behaviours of some larger companies, as well as the ability of larger company innovators to be fairly rewarded for the high-risk investments they are making to advance innovation, ultimately for the benefit of all.

Four critical issues in need of immediate fixes were raised at the event:

(1) The PTAB process, as it currently stands, was shown in data and anecdotes to be unfair and unbalanced, and in strong need of reform. The process is being abused by those (often powerful interests with near unlimited means) who are looking to invalidate almost any patent being actively licensed. Changes that should be considered include limiting the number of petitions and a drive to more fair and balanced proceedings.

(2) Confusion over what is even patentable in the US is an area that needs immediate attention. Data was presented that shows there is already a strong trend of companies and individuals not able to get protection in the US for inventions deemed patentable elsewhere in the world. The implications of that are straightforward – investment and invention will migrate to where there are protections, and the US loses out on jobs and growth.

(3) There needs to be a return to the ability to rely on some value and validity in an awarded patent right. With the way the system is working today, almost no patent owner can be assured that they are holding a patent right that will not be taken away from them (based on the invalidation rates of the PTAB) by the very same government institution that issued them the right in the first place. This makes such rights meaningless as a means of defending and motivating your investments in high-risk innovations. The system needs to bias more to preserving some form of validity for patents once issued, even if the patents are considerably scaled back in a fair and balanced review process.

(4) The cost and time of pursuing IP rights needs to be fixed. The IIPCC itself floated a proposal for creating a specialised small claims court for IP rights. Couple that with the emerging consensus of proper value apportionment for an individual IP right, and most patent owners would be happy with quick, fair, affordable and reasonable justice related to their IP rights, instead of a system that now, more than ever, has become “the sport of Kings,” and has lost its role as a cornerstone of a strong US democracy and vibrant US economy.

So what’s next? Well the IIPC USA will be presenting economics and jobs-oriented policy papers to the US Congress that speak to the importance of preserving a strong incentive for innovation, and a balanced and fair patent system. We will also continue to sponsor events in DC and in other cities in the US – like our upcoming Investors and Innovators event later in 2017 – which is intended to facilitate the commercialisation of strong US IP on a global basis. The IIPCC USA chapter will also formally open membership in the autumn of 2017. In the meantime, those who want to work together with us should go to http://www.iipcc.org/registration.html  and register to be kept informed of the opportunity to become an IIPCC member. 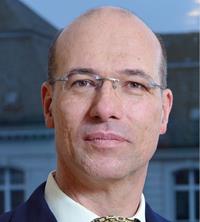