A pioneer in Asia, a renowned US judge and the head of IP at one of the world’s most innovative companies are this year’s inductees into the IP Hall of Fame. Ella Cheong, Richard Linn and Kevin Rhodes were selected to join the pantheon by the IP Hall of Fame Academy in a vote that came at the end of a nomination process which began in January.

Ella Cheong, now a senior partner at Ella Cheong & Alan Chiu in Hong Kong blazed a trail as a high-profile IP practitioner in Asia. She has served as chair of the intellectual property committee of the Hong Kong Law Society – on whose Roll of Honour she now features – and is a former member of the board of directors at INTA, and was a recipient of the association’s President’s Award. Cheong is widely acknowledged as one of the most influential women in the global IP community.

Judge Richard Linn is a circuit Judge of the United States Court of Appeals for the Federal Circuit, and has received a slew of awards for his contribution to IP law, including the New York Intellectual Property Law Association’s Leadership Award and Outstanding Public Service Medal, and the New Jersey Intellectual Property Law Association’s Jefferson Medal. Appointed as a judge in 1999, Linn previously served as the head of intellectual property at Marks and Murase LLP, and as an examiner at the US Patent and Trademark Office.

Kevin Rhodes is chief intellectual property counsel and vice president at 3M, the Minnesota-based technology company with over $30 billion in annual revenue and operations in over 65 countries. Before joining in 2001, Rhodes was an IP litigation partner at Kirkland & Ellis in Chicago. He is also the former president of the Intellectual Property Owners Association.

Reacting to the news of the IP Hall of Fame Academy vote, this year’s inductees said:

"It is an incredible honour to be inducted into the IP Hall of Fame. I am stunned. I have been practising in the field of IP for a while and have been absolutely honest in my advice with every client on the issue at hand, even if it means not securing the case, but in any event to always try my utmost best for each and every client, irrespective of size.  I believe this is why I have been nominated and awarded the honour for which I thank the Academy members." Ella Cheong

“I am honoured to be inducted into the IP Hall of Fame and thank the Academy for this special recognition.  I am particularly honoured to be associated with the members of the Hall of Fame who have distinguished themselves in so many ways.  To be in their company is a privilege I consider most meaningful.” Judge Richard Linn

“I feel extremely honoured and fortunate to be named as a 2018 inductee into the IP Hall of Fame.  It is both humbling and inspiring to be included among those in the IP community who have received this illustrious recognition.  The congratulations really belong, first and foremost, to the team of world-class IP professionals at 3M, which I have been privileged to lead for the past 10 years of my career.” Kevin Rhodes

Started in 2006, the IP Hall of Fame honours outstanding individuals – living or deceased – who have made a game-changing, positive impact on the global IP landscape. It highlights the achievements of these individuals, whether they be lawyers, politicians, business people, teachers or inventors. The full list of previous inductees can be found here.

This year’s inductees will be honoured during IPBC Global 2018 in San Francisco, June 10th-12th. 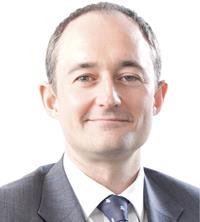