Despite – or perhaps because of – the three attempts by the Indian Patent Office to establish guidelines on computer-related inventions (CRIs), a great deal of confusion remains. This chapter looks into the evolution of the guidelines and what it means for IT businesses.

While the world eagerly watches the development of India’s software industry, the confusion regarding software patents in the global IT hub remains considerable. This is despite – or perhaps because of – the three attempts by the Indian Patent Office (IPO) to establish guidelines on computer-related inventions (CRIs), each of which has provoked questions, criticism and controversy. The IPO released its latest CRI examination guidelines on June 30 2017; this chapter looks into the evolution of the guidelines, from the first set to the third, as well as the effects that they have had.

There has been a global perception that India is fairly strict and restrictive in granting patents, particularly in the pharmaceuticals, software and business methods domains. Section 3(k) of the Patents Act, which excludes “a mathematical or business method or a computer programme per se or algorithms”, has been identified as an additional obstacle – beyond novelty and obviousness – that software patent applications must overcome for registration.

However, in mainstream practice, applications for software inventions were regularly being granted before the issuance of the first set of CRI guidelines. Although many applications were denied under the pretext of Section 3(k), successful practitioners pivoted their arguments around the expression “per se” in that section. Table 1 includes a few examples of granted patents claiming software inventions in previous years.

When the first set of guidelines for examining CRIs was launched on August 21 2015, it was expected to shed light on the per se issue, and it did. It first laid down the definition of the expression ‘per se’: “The Oxford Advanced Learners Dictionary defines ‘per se’ as ‘by itself’ – to show that you are referring to something on its own, rather than in connection with other things.”

It went on to reproduce an extract from the opinion of the Joint Parliamentary Committee on Patents:

In the new proposed clause (k) the words per se have been inserted. This change has been proposed because sometimes the computer program may include certain other things, ancillary thereto or developed thereon. The intention here is not to reject them for grant of patent if they are inventions.

The guidelines furthered the excerpt by adding their own interpretation, as follows:

In respect of CRIs, the term ‘ancillary thereto’ would mean the ‘things’ which are essential to give effect to the computer program. Therefore, if a computer program is not claimed ‘in itself’, rather, it has been claimed in such manner so as to establish industrial applicability of the invention and fulfils all other criterion of patentability, the patent should not be denied.

It provided the following test for patentable computer programs in view of the per se caveat:

a novel computer program with a known hardware which goes beyond the normal interaction with such hardware and affects a change in the functionality and/or performance of the existing hardware… A computer program, when running on or loaded into a computer, going beyond the ‘normal’ physical interactions between the software and the hardware on which it is run, and capable of bringing further technical effect may not be considered as exclusion under these provisions.

However, as the guidelines progressed in their content, they set a tone that implied an amply liberal approach – arguably even overreaching – in favour of software claims. For instance, the examples section, highlighting what can be patented, included the following claim:

As would be expected, the guidelines generated controversy, attracting much feedback and many representations from stakeholders. A joint letter to the prime minister’s office demanding the total recall of the guidelines by the Software Freedom Law Centre, with significant others, made the following counter-argument regarding the legislative intent:

However, the 2015 Guidelines overlook one crucial development viz the unsuccessful attempt made by the Patents (Amendment) Bill, 2005 [drawing from the Patents (Amendment) Ordinance 2004] to amend Section 3(k) and extend patentability to computer programs with ‘technical application to industry’. When laid before the Parliament, the proposed amendment faced objection on the ground that it would result in the creation of monopolies by multi-nationals (as stated in a press release dated 23/3/05), and was subsequently deleted. This demonstrates a clear legislative intent against broadening the patentability of computer programs.

Consequently, the IPO issued a notification that the CRI guidelines would be suspended on December 14 2015, in anticipation of the release of a second set of guidelines on February 19 2016. Although the second guidelines were expected to fix the overly liberal tone of the first guidelines, they in fact overstepped the mark, going so far as to state that software of any nature, unless in conjunction with a novel hardware, was to be denied registration. Indeed, the new guidelines begged the question: why would a novel hardware conjunction be a prerequisite for a software claim, when novel hardware can seek a broader protection in itself?

Further, instead of the nine examples of patentable claims provided by the earlier guidelines, the revised guidelines gave none. Some of the examples and explanations included in the guidelines undermined patents that had already been granted by the IPO. Example 12 in the revised guidelines deemed a “method for generating a page suitable for display on a mobile communication device” as unpatentable, “due to lack of specific physical characteristics and as it works solely on the basis of software module which has been configured to execute the instructions on the device”. This called into question the many patents granted for the same methods – for example, Patent 235062, claiming a “display message means adaptable in a mobile cellular telecommunication network for displaying on a personal cellular communication device”.

This time, the guidelines received disapproval from the other end of the spectrum of stakeholders, who claimed that it was unidirectional in its messaging and inconsistent with the law and prevalent practice. The guidelines were discussed widely at conferences, as well as in newspapers and magazines, with debates focusing on the novel hardware prerequisite.

Excerpts from the 2015 Delhi High Court judgment in Telefonaktiebolaget Lm Ericsson v Intex Technologies were often quoted in support of the argument against the guidelines’ legality:

when this bill was referred to the Joint Parliamentary Committee, it was suggested by various experts and stake holders that India should follow the EU/UK route and not completely exclude computer programs from patentability. The Parliament after accepting the aforesaid proposition, added the words per se which was introduced in section 3(k) enacted by the Patent (Amendment) Act, 2002...Thus, it appears to me prima facie that any invention which has a technical contribution or has a technical effect and is not merely a computer program per se as alleged by the defendant and the same is patentable.

The third set of CRI guidelines, published on June 30 2017, were a work of diplomatic finesse. Notably, they extinguished the fires of contention by removing the novel hardware qualification for grant. However, they have not helped to define what is patentable in view of Section 3(k) or how an examiner would test the same.

Indeed, the language of the guidelines in this regard seems so broad and vague that, arguably, if it were used for claim drafting, a grant would never credit:

The sub-section 3(k) excludes mathematical methods or business methods or computer programme per se or algorithms from patentability. Computer programmes are often claimed in the form of algorithms as method claims or system claims with some ‘means’ indicating the functions of flow charts or process steps. It is well-established that, while establishing patentability, the focus should be on the underlying substance of the invention and not on the particular form in which it is claimed. What is important is to judge the substance of claims taking the whole of the claim together. If any claim in any form such as method/process, apparatus/system/device, computer program product/computer readable medium falls under the said excluded categories, such a claim would not be patentable. However, if in substance, the claim, taken as whole, does not fall in any of the excluded categories, the patent should not be denied.

Further, the third guidelines have taken so cautious an approach that they have eliminated example claims altogether. So with no examples and no actionable guidelines on testing the patentability of software claims, the latest guidelines effectively take us back to square one. This is probably why industry stakeholders are speculating that another revision will come about in the near future.

The larger question that arises is that of the practical impact that the three guidelines have had on the prosecution of software patents at the IPO level. Arguably, they have had none. It is intriguing to note that from August 2015 to the time of writing – including after the second guidelines were issued – software patent prosecution has continued in the same vein as before, with some patents being granted and some quite similar ones being refused due to and despite the ‘per se’ proviso in Section 3(k).

Examples of patents that can be considered to claim software without novel hardware, and which were granted after the issuance of the second set of guidelines and before the third (see Table 2), demonstrate that ambiguity and inconsistency continue.

Table 3 provides examples of patents that were granted very recently (ie, after the issuance of the third guidelines).

In effect, the jury is still out on the critical aspects of examining software patents, especially regarding the qualification of technical effect and the boundaries removed by ‘per se’. Worryingly, examiners and applicants are more likely to be deadlocked in confusion now than before any of the guidelines came into being.

In conclusion, the situation raises plenty of questions to ponder:

The answers may come – if the right questions are asked enough times. 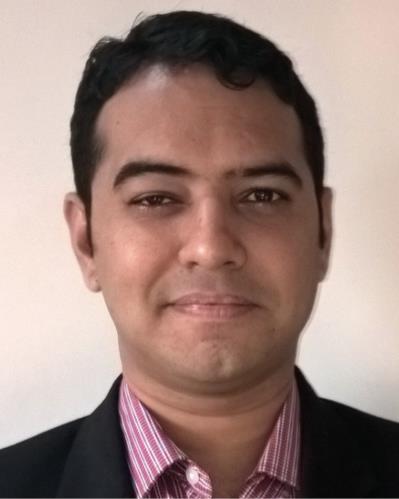 Abhishek Pandurangi is deeply involved in intellectual property in his diverse roles as an IP practitioner, entrepreneur, legal expert and trainer. He deals with IP matters including patent searches, drafting and prosecution, trademark litigation, domain name matters and copyright and database infringement. He teaches at various institutes, including the Institute of Company Secretaries of India and the Ministry of Micro Small and Medium Enterprises Development Institute. He has a B-Tech in chemistry from the Institute of Chemical Technology, Mumbai. He is a practising lawyer – with an LLB – and a registered patent agent. He has completed certificate courses in intellectual property at the World Intellectual Property Organisation, as well as in international law at Leiden University.

@IAM_magazine RT @AaricE: I've written on the same subject but not with the rigor @msabatti brings. His is a just devastating critique of this problem. A… Read more

@IAM_magazine If any patent can be invalidated under multiple challenges then we have to ask what that is doing to the US innovat… https://t.co/sG7jjlEJfQ Read more