The new man in charge at the Japan Patent Office (JPO) this week addressed the world IP community for the first time, and his comments signaled that the use of patents to generate revenue will continue to be pushed from the highest levels of government in the country. Yoshinori Komiya was appointed to the post on June 17th, replacing the retiring Hitoshi Ito. The new commissioner’s remarks emphasised the need to adapt to new paradigms in the IP field, suggesting that the changes in how the country’s companies approach patents are set to continue apace.

Komiya is far from a newcomer to the IP scene, having served as director of the Ministry of Economy, Trade and Industry’s Intellectual Property Policy Office from 2001 to 2004. Most recently, he was in charge of developing space policy with the Cabinet Office. But one of the most interesting episodes of Komiya’s career is his time at the Innovation Network Corporation of Japan (INCJ), where as co-COO for corporate planning from 2012 to 2014, he worked on “advancing efforts to further the utilisation of IP assets”. It was during this time that the public-private investment fund pumped ¥2.75 billion ($26m today) into the sovereign patent fund (SPF) operated by IP Bridge. This infusion accounted for over 90% of the fund’s start-up capital, with the rest coming from Panasonic and Mitsui. Three years later, IP Bridge is one of the most active entities of its type; the past year has seen it launch three separate litigation campaigns, as it has continued to make patent acquisitions from companies including Funai and Seiko Epson.

Komiya’s remarks on Tuesday indicated that revenue generation will be an increasingly important function of IP assets owned by Japanese corporates:

Owing to the advancement of global business, Japan’s international balance of payments for intellectual property has been a surplus of over two trillion yen. This indicates that the Japanese industrial structure is now in a transition state from making a profit by exporting domestic products produced within Japan to creating revenues by assigning and licensing intellectual property rights based on advanced technological capabilities, brand power and excellent designs.

It is hard to think of a better example of the ‘transition state’ described by Komiya than Softbank’s recently announced $23 billion takeover bid for UK-based chip designer ARM. Here is a massive investment by a company which started as a traditional telecom into a foreign business that is built entirely on developing and licensing intellectual property. It has also been framed by Softbank chief Masayoshi Son as a major push into the Internet of Things, an area highlighted by Komiya in his address as an “urgent challenge” for Japanese companies to adapt to if they want to remain competitive in the high-tech space.

What remains to be seen is how the JPO can encourage the type of patent utilisation that can revitalise Japanese industry, a question Komiya says his administration will be studying going forward. A few measures mentioned specifically were increasing the speed and quality of examinations and working to improve IP protection in overseas countries. As the suits launched by IP Bridge (all in the US) show, many of the most important avenues for Japanese companies to generate revenue may be abroad, suggesting that the latter goal may have a major role to play in encouraging greater patent monetisation.

Whether in the form of IP-focused acquisitions like the ARM deal or licensing campaigns like that pursued by IP Bridge, the gradual shift in the Japanese IP environment looks set to continue. Those topics and many more will be on the agenda at September’s IPBC Japan event, where commissioner Komiya will deliver the opening keynote speech. 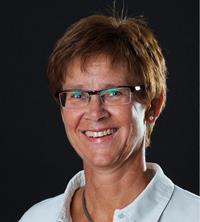