If patent reform is about tackling bad plaintiff behaviour and poor quality, where is the evidence that either is a serious problem?

Last week the Electronic Frontier Foundation (EFF) published an opinion piece headlined Innovation Act Needed More Than Ever As Patent Trolls Roll On. It claimed that figures recently released by Unified Patents show that patent trolls filed 250 cases in US courts in January, more than half the total for the month. “Congress should not be misled into thinking that problems with the patent system have gone away. With trolls going strong, we still need legislative patent reform,” the EFF stated.

In fact, though, the Unified Patents statistics do not show what the EFF claims. They make absolutely no mention of patent trolls. Instead, they talk of NPEs. Unfortunately, the data provided does not state what Unified Patents considers an NPE to be, but you don’t have to look far to find out. At the bottom of the firm’s 2014 Patent Litigation report there is an admirably thorough explanation that reflects the complexities of a catch-all definition:

Non Practicing Entity (NPE) = Company which derives the majority of its total revenue from Patent Licensing activities.
NPE (Patent Assertion Entities) = Entity whose primary activity is licensing patents and acquired most of its patents from another entity
NPE (Small Company) = Entity whose original activity was providing products and services, but now is primarily focused on monetizing its own patent portfolio.
NPE (Individual) = Entity owned of controlled by an individual inventor who is primarily focused on monetizing inventions patents by that individual inventor.

Thus, the only conclusion we can reach here is that the EFF considers any firm or individual that derives the majority of its revenue from patent licensing activities to be a patent troll. In past times, that would clearly have made the prolific inventor and American icon Thomas Edison someone that Congress should be legislating against. Today, it will include any business that may spend tens or hundreds of millions, or even billions, of dollars on R&D, but which gets most of its revenues from licensing the results to third parties, rather than from making products or providing services itself.

Now, I can understand why a lot of operating companies might hate all kinds of NPE – the fact that they do not have products themselves does mean that there is a natural imbalance in litigation proceedings because counter-suits are not a weapon defendants can use. And I can understand that there are organisations out there that just do not like patents, full stop. But I am not sure whether Congress really should be doing what the EFF clearly wants it to do: to make it harder for non-manufacturing, R&D-based companies large and small, as well as individual inventors, to protect the fruits of their labour.

When asked about their focus on “patent trolls” proponents of reform will often say that, actually, the business model is not important, it is the quality of the patent being enforced and the behaviour of the plaintiff that is of real concern. I could not agree more. But there are two problems with that from a pro-reform perspective: the first is that the legislation is being specifically justified as a way to tackle trolls – by its supporters and by the legislators who have introduced it; and the second is that there is scant evidence showing the behaviour of unethical plaintiffs asserting poor quality patents is causing anything close to enough damage to justify legislation that will affect all patent owners, of all sizes, in every industry, following multiple business models.

As we all know, the studies of James Bessen and Michael Meurer are often used to justify change. But putting aside the deeply flawed nature of their work, in neither The Private and Social Costs of Patent Trolls nor The Direct Costs of NPE Disputes did the pair analyse either the quality of the patents or the behaviours of the plaintiffs involved in the litigation which they claim inflicts such huge harm. Indeed, their figures actually include damages awards and licensing fees. The former cannot be paid until a court has decided that a patent has been infringed; the latter are often paid in such circumstances or when the defendant agrees that it has infringed. Other widely cited studies, such as those by Catherine Tucker and Robin Feldman, also fail to undertake any assessments of either quality or behaviour.

Make no mistake, IAM is a publication that is wholly opposed to groundless litigation. Bottom-feeders and chancers are despicable, not only because they do disrupt businesses, but also because they give organisations such as the EFF, which are ideologically opposed to patents, the opportunity to falsely claim that everyone in the patent licensing industry is a bad player. We do not support the Innovation Act, but we would back targeted legislation around issues such as demand letters, protection for end-users and transparency, which we believe would affect the bottom-feeders, while leaving other patent owners relatively unaffected; and, crucially, we also think that the abusive behaviour of some defendants deserves more attention.

Despite what the EFF and others say, though, it is clear that patent litigation rates in the US are falling and that NPE suits dropped dramatically during 2014 (and, according to the Unified Patents data the EFF cites, fell again month on month between last December and January). We also know that there have been a series of major Supreme Court decisions that have had significant effects on issues such as motions to dismiss, fee-shifting and, potentially, on the patentability of business methods and software. All this as the PTAB becomes an ever more popular venue and before heightened pleading requirements kick in. The US patent landscape is undoubtedly shifting - and the movement is almost entirely making life harder for plaintiffs and easier for defendants.

On the other side of the ledger, there is absolutely no empirical evidence to back claims that “trolls” are doing damage so severe that new law to make it riskier and more expensive for all patent owners to assert their rights is necessary. Instead, what we see are the conflation of business models, the use of anecdote, the distortion of data and the citing of deeply flawed studies to justify not an attack on behaviour and poor quality, but on all patent plaintiffs. We will make no apologies for continuing to point that out for as long as it is happening. For us, fundamental change to a system that has served the US, and by extension the rest of the world, so well for so long has to be based on a lot more than anything the proponents of reform have produced up to now. 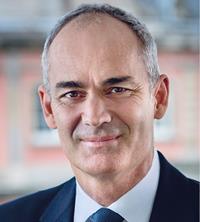