This blog is a condensed version of an interview with new USPTO Director Andrei Iancu. You can read the complete version in issue 89 of IAM which is out in early April.

New USPTO Director Andrei Iancu has called for greater predictability in the US patent system and has admitted that there is a perception problem with the Patent Trial and Appeal Board (PTAB) among the IP community.

In his first interview with a specialist IP title since he took office in February, Iancu covered a wide range of topics including the need for greater guidance over patent eligible subject matter and concerns around the PTAB, but he consistently returned to the subject of predictability in a sign of what could become the defining feature of his time leading the agency.

That should provide some comfort for patent owners who have complained of the uncertainty in the system fuelled by the rise of inter partes reviews (IPRs) and a lack of clarity over Section 101 of the US patent statute.

He said that he recognised that the US system had undergone some significant changes in recent years thanks to legislation, key court decisions and actions taken by the agency itself, and that stakeholders need a period of relative calm. “What I think would be helpful is to steady the waters a bit and provide predictability in the system, and in a balanced approach if possible,” he said.

Asked what was on his to-do list as director, Iancu stressed the importance of advocating for the innovation community and recognising the importance of inventors as drivers of economic growth. He also name checked a familiar list of topics including uncertainty around patent eligibility, the post-grant system and making improvements to the examination process itself.

However, as he went through his list he returned to his over-arching theme. “The overall goal is to provide more predictability to IP rights when issued — all the things I’m mentioning go toward that,” he insisted.

Given that he is just a few weeks into his stint director, he was unsurprisingly a little light on specific actions that he might take on Section 101 and IPRs, arguably the two hottest topics currently facing the US patent system. In regards to the former he said that the office could “play a bigger role with guidance to provide more predictability on what is and what is not patent eligible subject matter”.

He pointed to the important role the courts play in determining the boundaries on 101 and emphasised that the PTO would continue to react to key decisions. But he also stressed that the agency could get ahead of the issue: “I do think the office could play a role in identifying what is and what isn’t patentable upfront and proactively in light of and in the context of the Supreme Court and Federal Circuit decisions that we’re already faced with.”

Many of the leading IP stakeholder groups in the US, such as the AIPLA, IPO and the ABA’s IP section, have proposed revising the statute on 101, and Iancu admitted that such a step was “a possibility”, but cautioned that “it’s not easy to do and ultimately it’s up to the legislature”.

As the USPTO continues to grapple with possible reforms of the Patent Trial and Appeal Board (PTAB) one of the challenges facing IP offices around the world that Iancu highlighted is the huge growth in the availability of prior art. This may not be uncovered during an initial examination but may come to light in a later post-grant review.

“The amount of art that’s available has grown exponentially in the past few decades and yet you still have one human being examining one patent,” he commented. “So the extent to which we can narrow the gap between the art that is found at the front end and the art that can be found later on during litigation we will have increased the quality and reliability of the patent.”

He said that he recognised the amount of criticism that has been leveled at the PTAB, some of which he described as fair and other parts as unfair, and admitted that he was looking at what changes could be made to “address any unfairness”. “There is, for sure, a perception problem in the IP community with the PTAB,” he admitted. “The truth is when you have a perception problem you have a real problem in the sense that if the IP community loses faith in what you do then it loses faith in the reliability of the system. Whether it loses faith for real substantive reasons or just perceived reasons, it’s just simply not good that it has lost faith.”

When asked which criticisms he felt were fair Iancu cited the claim amendment process which has been attacked in some quarters because very few patent owners have been able to change claims that have been challenged in a review. “It is a fact that the office has not engaged in rule-making on amendments during IPR so that’s an area that we’re looking at right now to see whether rule making is appropriate or not and what other options there are to address the amendment process,” he said.

Prior to becoming director Iancu was a patent litigator at Irell & Manella and served most recently as the firm’s managing partner. During his time in private practice he handled a broad range of work including advising Blackberry on its participation in the Rockstar consortium which acquired the former Nortel patent portfolio, representing TiVo in a series of lawsuits against some of the largest cable TV and tech companies which generated more than $1.6 billion in settlements and for Ariosa Diagnostics in its litigation against Sequenom.

Unlike some of his predecessors and those who were also in the running for the job last year, he doesn’t come with a background in one industry, a factor which should give him some leeway as he navigates the sometimes competing demands of different sectors such as high-tech and life sciences.

“I think it would be difficult for any particular group to criticise me that I’m beholden to one particular industry or another or that I have sympathies for a big company versus a small one or that I have sympathies for the plaintiff side or defence side,” he commented. “I have really represented all of them and I think that does help in potentially bringing some consensus, hearing everybody out and driving towards positions that are in the best interests of the IP system and the US economy.”

For the full version of Iancu’s interview don’t forget to check out the next issue of IAM. 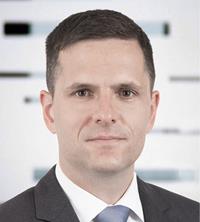