The United States is now facing serious competition as the venue of choice for the resolution of multinational patent disputes, according to the findings of this year’s IAM IP Benchmarking survey. Although the country is still widely regarded as the jurisdiction that offers the most thorough litigation scrutiny, when it comes to value for money and the level of confidence in the system Germany is beginning to push the American courts close.

According to private practice respondents to the survey, the German courts offer litigants the best bang for their buck; while more NPE respondents have faith in the German system than the US one, with 35% of corporate respondents feeling the same way, as opposed to 37% favouring the US.

These findings come after a string of court decisions in the US and legislative reforms (as well as others that may be on the way) that have made the country a far less welcoming place for plaintiffs than it has been in the past. Only last week, PWC reported a sharp decline in the number of cases filed in the US in 2014 and Unified Patents revealed that, after a dramatic fall in new suits in April, the overall number for the first four months of 2015 is down compared to the first four months of 2014.

As IAM has previously reported, there is already some evidence that NPE plaintiffs are beginning to favour the German courts as their go-to venue in patent disputes that have a multinational dimension. It now seems that operating companies are also starting to take a serious look too. As a cheaper and quicker jurisdiction than the US in which to get a decision, Germany has always had much to recommend it, especially given the expertise of its courts. Throw in the size and wealth of the German market, as well as the much more ready availability of injunctions, and it is easy to see why plaintiffs that have the opportunity to go there may increasingly choose to do so.

With the UPC likely to feature many of the most attractive aspects of the German system (from a plaintiff’s perspective) while also covering a market of well over 500 million people – perhaps also including Italy now – it is not hard to imagine that bringing the biggest patent disputes to this side of the Atlantic will only become more common over the coming years. Not only is that very serious food for thought for US law firms and litigators, but also for intermediaries and other service providers in the IP market, not to mention the owners of patents covering Europe – who may see the value and desirability of their assets increase.

The IAM benchmarking survey was conducted earlier this year and consisted of separate, bespoke questionnaires devised for three different parts of our readership demographic: corporate IP managers, NPE executives and private practice lawyers and attorneys. We received more than 650 responses, principally from senior post-holders. The main results of the survey are reported in the cover story of issue 72 of IAM, which will be published online and available to subscribers on 1st June. 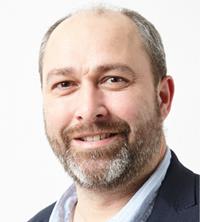