How the Supreme Court’s newest justice has impacted patent law

The appointment of Justice Neil Gorsuch to the Supreme Court gave conservatives something to cheer in the early days of the Trump administration and, in patent terms, gave us a new, unfamiliar voice on a court which continues to take a great interest in IP law.

Since Gorsuch’s appointment was first proposed the focus from stakeholders has been less about what he might know about the ins and outs of patent law and more on how his views on the over-reaching of the administrative state might impact America’s IP infrastructure and the Patent Trial and Appeal Board (PTAB) in particular.

The most recent Supreme Court term – his first complete term as a SCOTUS justice – gave Gorsuch plenty of opportunity to weigh in on the PTAB but taken together what conclusions can we draw from his early patent-related opinions? And what hints might those and his cases from his time as a judge on the Court of Appeals for the Tenth Circuit offer us on how he might rule on issues that could soon be heard by SCOTUS such as the extension of sovereign immunity to inter partes review?

In this guest article Unified Patents’ chief IP counsel Jonathan Stroud looks for some answers and more background on the newest justice's thoughts on the patent world.

At least, that is the conclusion many would have you draw from his penning opinions in the three patent cases before the court this term.  But is there any evidence, or any hint in his past 10th Circuit opinions, that Neil Gorsuch the jurist is interested in patents per se?  Or is it rather that patent disputes invariably contain Federal administrative law aspects to them—something he cares deeply about—and provide a convenient battleground from which to stage his open and growing scepticism of the Federal Government’s ability to handle legal disputes, even those they have themselves created?

Or maybe it’s just that, as the junior Justice on the court, he’s being given the least-desired or lowest-priority opinions to write.  Any which way, he has launched into the fracas with his typical aplomb, and stands poised to lead the court in a direction far different than the one Justice Scalia might have taken.

After reviewing a plethora of 10th Circuit Gorsuch opinions over the past few weeks—none of them patent cases—a few things emerge.  The most prominent, though, appears to be Justice Gorsuch’s deep desire to check the administrative state—to paraphrase President Bill Clinton’s former adviser James Carville, “it’s not patents, it’s administrative law, stupid”.

In Oil States, Justice Gorsuch’s first foray directly into patent law, he adopted a hard line in dissent, 7-2, finding for the first time that the PTO’s near-200-year-old use of post-grant proceedings (such as reissue, certificates of correction, and ex parte reexamination) represented a retreat from judicial independence. Running past the ongoing Article III dispute between a liberal-led coalition of Justice Breyer et al (advocating for a liberal interpretation of Stern v. Marshall, 564 U.S. 462, 494 (2011)) and a conservative-led coalition of Chief Justice Roberts (calling for the opposite), Justice Gorsuch drew an unprecedentedly hard line outside of time, suggesting that the McCormick case, coupled with the Constitution, means the administration should not be able to revoke granted patent rights.  The majority opinion, by Justice Thomas, cited centuries of cases, law, and statutory schema, and noted that McCormick “sought only to interpret statutes then in force.”  Justice Gorsuch replied that “this much is hard to see.” (He even cited Justice Thomas’ words in a 2015 dissent against him, signaling that even those on the court he is most closely aligned with ideologically will not escape his hard line.)

Soapboxing, he notes that the “decision may not represent a rout but it at least signals a retreat from Article III’s guarantees,” and while it “may seem like an act of judicial restraint,” rather, “enforcing Article III isn’t about protecting judicial authority for its own sake.”  In this, perhaps, we see his voice emerge—a Justice, in his opinion, must actively push to prevent what he sees as a broader erosion of judicial independence, damn to torpedoes, full speed ahead.

We might call SAS “Gorusch’s revenge;” we might equally call it a consolation prize, a compromise opinion, or a real-time moderating of his views after losing the Oil States debate.  The 5-4 opinion took a relatively straightforward statutory interpretation of the AIA and, disregarding the consequences thereof, adopted a fair, plain statutory reading, discarding Chevron deference as unnecessary to the analysis.  In doing so, Justice Gorsuch took shots at the Thomas majority in Oil States—issued on the same day—in various ways.  But it’s notable that, in majority, Justice Gorsuch’s view of the IPR and post-grant review process is much more balanced and conciliatory, suggesting that either separate clerks wrote the opinions, or he had a freer hand in dissent than he did in a majority opinion joined by Justices Thomas, Alito, and Kennedy.

He writes here, that despite the USPTO’s best efforts at patent examination:

Sometimes . . .  bad patents slip through. Maybe the invention wasn't novel, or maybe it was obvious all along, and the patent owner shouldn't enjoy the special privileges it has received. To remedy these problems, Congress has long permitted parties to challenge the validity of patent claims in federal court.  More recently, Congress has supplemented litigation with various administrative remedies. The first of these was ex parte reexamination.

For one, Justice Gorsuch adopted a new taxonomy for post-grant challenges, calling the ex parte review inquisitorial, and comparing the IPR process to civil litigation, en route to dismissing some of the more complex Governmental arguments, averring that “[w]e just don't see it.”  In dicta, he suggests Chevron may not have continued vitality, “[b]ut whether Chevron should remain is a question we may leave for another day,” as it need not be invoked here.

Other than the practical consequences he ignores and the exegesis involved in his divining the Congressional intent behind the statutory language, his reading is straightforward.  As his lower-court opinions reveal, he would rather the answer be plain than left to another’s discretion, particularly where that other doesn’t wear judicial robes.

In dissent, he finds that, “A US patent provides a lawful monopoly over the manufacture, use, and sale of an invention within this country only”.  He finds this reading presupposes that US patent owners can charge rent for their patents infringed on foreign soil, and argues this conflicts with 35 USC 154(a)(1) and 271(a).  He argues that, plainly, the “same acts outside the United States do not infringe a US patent right”. Asking “What’s the upshot for our case?”, he finds that “a U.S. patent does not protect its owner from competition beyond our borders”, despite the harm from overseas competition. He engages in a parade of horribles to suggest that our US patent laws cannot extend beyond our border, for components or otherwise.  In sum, “By failing to heed the plain text of the Patent Act and the lessons of our precedents, the Court assumes that patent damages run (literally) to the ends of the earth. It allows U.S. patent owners to extend their patent monopolies far beyond anything Congress has authorised[.]” His scepticism is seconded by Justice Breyer, of all people, sounding a note of caution to any patent maximalists to not read too much into his opinions in Oil States and SAS, which seem clearly to spring more from a healthy scepticism of administrative law than anything patent-related.

Learning from Gorsuch’s past writings

While Gorsuch’s 10th Circuit case law substantively reveals little about patent law, his bold stance on it within his first term should not be surprising because of his decisions in areas of adjacent administrative law, most notably Native American tribal sovereign immunity and Federal Article III standing.

As the 10th Circuit covers many Western states, Justice Gorsuch is no stranger to Native American issues, including those of sovereign immunity, and a case before the Supreme Court last term gave him the opportunity to bring that experience to bear. Upper Skagit Indian Tribe v Lundgren concerned a Native American tribe attempting to invoke sovereign immunity in response to a quiet title action brought against it. The case centered on whether in rem (versus in personam) suits are immune from sovereign immunity.

Justice Gorsuch, writing for the majority and joined by the liberal justices, noted that the fee-patented lands of native American land were not wholly exempt based in in rem jurisdiction.  In so holding, Justice Gorsuch allegedly ran afoul of what Justice Thomas called “hornbook law” on an alternative common-law exception—that immovable property is, and has been for centuries, immune from sovereign immunity.  To his dissent, if the immovable property is on the land of the sovereign, the sovereign (there, the US) always has jurisdiction; case closed.

That matters, as the Allergan/St. Regis Mohawk tribal immunity Board decision went up on appeal to the Court of Appeals for the Federal Circuit, where the court affirmed the PTAB’s decision, holding that Native American tribes cannot assert sovereign immunity to terminate post-grant proceedings.

If the Supreme Court grants certiorari to hear the issue presented in Allergan/St. Regis Mohawk, Gorsuch would have a chance to again weigh in on these issues.  Given his seemingly liberal stance on the issue, he might not support the Federal Circuit’s decision.  He could further explore the idea, and extend it to more than just immovable property, thus extending sovereign immunity to patents. But considering Judge Moore’s opinion, he would mostly likely face an uphill battle in counting to four judges for certiorari, and five for a majority.

Gorsuch also may have a more liberal view of Article III standing than one might expect on first blush. In Hydro Resources Inc v US EPA, which the 10th Circuit heard en banc, Gorsuch allowed a bare challenge to an Environmental Protection Agency (EPA) rule by a company who arguably had no separate injury-in-fact outside of the costs it would have had to pay to obtain a second permit and comply with the regulation. He found standing, and sided with the state regulatory body (and the challenger company) over the EPA’s expansive reading of its permitting jurisdiction, even though it was the EPA’s original choice to devolve some of its regulatory authority to state agents. And in the trademark case of Surefoot LC v. Sure Foot Corp., then-Judge Gorsuch found declaratory judgment standing post-Medimmune, where the two parties had engaged in a broader administrative fight before the Trademark Trial and Appeal Board (TTAB).  He at least suggests that five TTAB oppositions and other administrative actions were enough to establish Federal declaratory judgment jurisdiction.

Taken together, his Circuit decisions suggest he prefers to find Federal standing rather than leave disputes up to administrative bodies alone. This trend—call it a lack of deference, if you will—is apparent in SAS, where he avoided relying on Chevron, and even questioned its vitality. And his Oil States dissent makes clear he would prefer patent validity was relegated solely to courts. Given his distaste, it seems unlikely Justice Gorsuch would defer or observe prudential restraints on issues he seems intent to engage with. And it does seem likely he will react negatively as to an agency’s adjudicative capabilities.

Relatedly, political, judicial, and private pressure is mounting on the court to take a case  clarifying § 101 and the test outlined in Alice.  How Justice Gorsuch might react is anyone’s guess.  He has not yet said anything about § 101 and the precocious Alice case law.  If anything, he might find that, as the plain text of § 101 does not contain any exceptions—later judicially created—his tendency toward hyper-literal textualism might make him receptive to arguments against their expansive judicial use.  But we have only guesswork to go on. 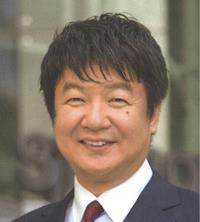