How IP leaders like Tata, Reliance and Intel do more with less to create maximum IP value

Even among the largest global patent owning companies, most IP executives will have plenty of experience operating in an IP function with less budget than they would like in an ideal world.

This is as true in India as it is anywhere else. A news item from yesterday illustrates a key dilemma perfectly. The country’s biggest patent filer is the Council of Scientific & Industrial Research (CSIR), a national R&D organisation with 38 member labs. Despite its central role in the innovation system it is facing significant budget shortfalls, if this latest account is to be believed. The head of one regional lab focused on cellular and molecular biology states: “The funding available this year is short by half of what is needed."

This poses a dilemma when it comes to thinking about the IP function. One approach would be to cut down on filing patents, which can contribute significantly to the cost base. You saw this line of thinking two years ago when CSIR’s head criticised “indiscriminate” patent filing and announced that member labs would have to take on a greater portion of filing costs in the future.  But it has also pushed the organisation to try to create more revenue, partly through patents. CSIR director general Girish Sahni recently said the group “earns about 25% of its budget from external sources and is strengthening its patent portfolio” – and it has managed to license out about 14% of its patents.

At today’s IPBC India conference, the head of the IP group at one of India’s biggest private-sector patent filers – Tata Consultancy Services (TCS) – described a similar dynamic when advising IP executives how to make the most of limited budgets in the opening "What success looks like" session. “Do you want to protect your current business strategy, or start to monetise in order to earn more money?” was the first question Ganapathy Narayanan suggested patent owners in that situation must answer.

TCS does not face such severe IP budget pressure, Narayanan added, for a simple reason. He estimates that about 40% of the inventions within the organisation are produced by the business units in the course of solving customers’ problems, rather than in the R&D function proper. When it is the revenue generation engines of your business that are producing a large share of patents, justifying your IP budget becomes much less of an issue. Of course, this didn’t just happen – it took a concerted effort from the IP team to identify where innovation was happening outside of the dedicated research teams.

Anindya Sircar, the former head of IP at IT giant Infosys and now a consultant, explained that it is becoming more common for Indian corporates to see IP as a potential profit centre. But it requires great feats of communication from IP function leaders. General manager Anand Bopardikar credited that as the key at Reliance Industries: “The basic strength of our in-house team is they understand the technology and articulate to the business team as a cost-value analysis.”

A point the entire group agreed on, including Intel’s Asia-Pacific patents director Guojun Zhou, is one thing they don’t do in resource-constrained situations, and that is to differentiate outlay based on what kind of patent is in question – a defensive right, a monetisable right or a strategic one.

Pruning also becomes a crucial part of patent strategy in scarce resource situations. After all, maintenance cost structures mean that you can’t continue even a flat rate of patent filings without consistent budget increases. Renewals are often the first thing to get axed in such a scenario, Sircar suggested. Zhou confirmed that for Intel, which maintains one of the world’s biggest portfolios, it is a key decision point. “Towards the end of a patent’s life, the maintenance fee is so expensive that it can be a relatively easy decision," he suggested, “but that doesn’t mean we drop everything that old”. Aside from consolations with engineers and business people, Zhou acknowledged that the renewal decision sometimes comes down to a hunch in the end – and not every decision is right.

One open question is whether increased efforts by Indian corporates to create business value from IP rights will result in those rights assuming a more prominent position on the balance sheet. Sircar, who has helped companies figure out how much patents contribute to the bottom line, said that for now, such efforts are more about internal resources. “The objective is to make next year’s budget come in smoothly,” he commented.

One of the relatively unique features of Indian patent law is the requirement to show commercial working of granted patents annually in a disclosure called Form 27. The more rigid recent enforcement of this requirement has been one of the hot topics for discussion throughout the day here in Mumbai. One positive outcome, suggested attorney Essenese Obhan, is that it does get patent owners thinking about how much value individual patent rights contribute to their businesses. “You have that information in house about how each patent is worked,” Obhan reminded IP managers. “Perhaps that can result in more tangible numbers on the balance sheet.” 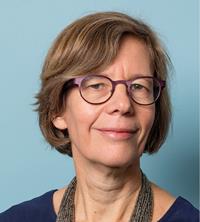