US legislators have arrived back on Capitol Hill with patent reform again firmly on the agenda. Congressman Bob Goodlatte, chairman of the House of Representatives Judiciary Committee and author of the Innovation Act in the last Congress, has made clear that it is one of his priorities.

Much of the reform debate has focused on the actions of ‘patent trolls’ or troll-like behaviour, which advocates of fundamental change claim hinder innovation and damage the US economy. However, Michael LoCascio, the director of global IP strategy in chemical giant BASF’s catalyst division, sees it differently. In an exclusive article for the IAM blog, he states that legislation designed to go after ‘trolls’ actually risks harming a system that has so far served the US economy very well for over 200 years.

With the ongoing impact of the America Invents Act (AIA) and efforts to improve the examination process at the USPTO still taking effect, LoCascio cautions Congress to exercise restraint. That is an argument that has been made on this blog before by Professor Mark Lemley of Stanford Law School and was a key message sent to legislators before Christmas in a letter from the Innovation Alliance and a group of organisations representing the pharma and bio-tech sectors and a range of American universities.  The question now is, will it gain traction on the Hill?

Here’s what LoCascio has to say.

The genius of the capitalist economic system is its unique use of property rights to harness individual self-interest for the public good. While its ability to optimise resource allocation via price discovery and market mechanisms is widely acknowledged, an even more important characteristic is its capacity to incentivise the exploration of new solutions to market problems.  The former is governed by traditional property law while the latter is the domain of intellectual property. Both grant a monopoly that disallows use of the property by others and enables the transfer of ownership rights. However, new innovation is not restrained by fundamental scarcity and is often built upon the improvement or combination of the old. As such, while a permanent monopoly is granted to conventional property, an invention is granted a time-limited monopoly in exchange for a public disclosure of the invention provided that it is novel and not obvious.

The framers of the US constitution thought the protection of innovation so important to the American system that they enshrined it in the original articles of the document. In comparison, the Bill of Rights can be seen as an afterthought. For the past 200 years, IP has served the country well, propelling it from an agrarian backwater to the leading global technological and economic colossus of today. Indeed, while other nations point to the kings and conquerors among their ranks, American heroes are more often than not the inventors that changed the world with their brilliance. It should come as no surprise that Thomas Edison, the paragon of inventors, was among the most prolific patentees. It is less known is that he was also one of the most litigious.

IP law has not been static over that period. Like other areas of law it has changed and adapted to meet the needs of the time. In 2011, the IP system was completely overhauled under the American Invents Act (AIA) that brought the US system in line with international norms. Many of the provisions have only been enacted in 2013 including first-to-file and the inter partes review (IPR); the latter a new methodology to reconsider, scrutinise with new background information, and potentially invalidate issued patents.

Despite the successes and lack of settlement of the newly altered IP law under the AIA, a growing chorus of criticism, ironically in the name of promoting innovation, has been levelled at IP by intelligentsia and pundits. They cite the horrors of the “patent wars” and descend into ad hominem attacks against non-practising entities (NPE) which they refer to as patent “trolls”.  Politicians from both right and left have responded by promoting over 50 major legislative changes at the federal and state levels. At the same time, recent Supreme Court decisions have upended settled notions of what is obvious and pointed to heretofore unused “patentability” language in the law that opens new and subjective avenues to invalidate patents. Other decisions have called into question the patentability of entire technology domains related to software (Alice), and weakened patent holders rights by making it easier for a competitor to infringe by piecing out portions of manufacturing processes (Limelight).

How many of the critics have experience with science and technology? How many have harnessed brilliance, technical experience and education, and laboured to invent something new? How many have gone through the pains of commercialising a new product? The reality is that inventions are not mere ideas; they require deep insight into a need and the skill required to solve the problems to meet those needs usually via extensive research and experimentation. Research and development, the fount of most inventions, is both expensive and risky. It usually requires employing the most highly trained and experienced professionals using sophisticated equipment and facilities. And the vast majority of this effort fails - that’s right, fails! BASF screens and tests over a million compounds before commercialising a single new agricultural chemical product. On the flip side, once the knowledge of a new technology is made public via commercialisation it is relatively easy for a competitor to replicate while avoiding the risk and expense borne by the original inventors.

Ask yourself, would BASF spend hundreds of millions of dollars developing the next generation technology to clean the toxins from auto and power plant emissions if those inventions could be copied once commercialised? No. Would Regeneron spend years finding and confirming the efficacy of new molecules to cure blindness in the elderly? No. Would United Technologies hire scores of talented engineers to perfect the geared turbofan jet engine technology that improves fuel economy and reduces CO2 emissions? Of course not.

The critics point to “too many” patents that are “written ambiguously.” Too many? Surely, the proliferation of patents in a field is more indicative of its vibrancy rather than decline. Given the rapid advances and commercialisation of mobile electronics and all forms of Silicon Valley wizardry, critics are hard put to prove that patented inventions have held back the technology. If the inventions are indeed new and non-obvious then how does making the invention publically known and a tradable property right impede innovation and overall economic growth? After all, even the much maligned trolls seek licences and not injunctions. And there are established methods of redress if a patent is not novel, is obvious or if the claims too broadly cover what was invented. It should be noted that all US patents are granted by the Patent and Trademark Office (USPTO). A change in law is not required to address the relatively limited number of patents that are of poor quality. Rather, efforts begun under former Director David Kappos to increase the number and improve the skill level of examiners available should continue apace.

It is understood that criticisms of the present system are focused on the purported evils of NPEs and not firms that both develop and commercialise new technology. However it is hard to see how the law can effectively curtail the former without adversely impacting the latter. Furthermore, after some reflection it is difficult to pinpoint the problem with having an entity specialise on technical development over commercialisation. In other words, what’s wrong with an NPE? The great American universities are a leading source of new technologies that feed the innovation pipeline into new start-ups and established companies alike. They represent a major domestic competitive advantage that bolster growth, jobs, and economic strength but are clearly NPEs. Even large companies are not always able to commercialise a given technology which is why nearly every major firm from IBM to Xerox to GE has active licensing departments. They are also NPEs. Indeed leading firms like Qualcomm and early stage biopharma companies have entire business models built around licensing and acting like an NPE.

Well what about those nasty NPEs whose sole business model is to sue if they can’t extract a licence? It is doubtful that anyone would pay for a licence if there was no threat of a suit. Many smaller firms have few resources to enforce patents particularly against large corporations. Leveraging the finances and legal experience of NPEs facilitates the assertion of those rights. Likewise, many firms, even well-established ones like Nortel, go bankrupt. The patented inventions developed at those companies are assets owned by shareholders that should not simply be given to competitors without compensation. Here, too, NPEs play a role in monetising those stranded assets.

In short, IP is vitally important to US innovation, economic growth and prosperity. US intellectual property law was radically altered under the AIA and should be allowed time to settle. At the same time, improvements to the skill level and tools available at the USPTO should continue apace. Despite, the bad press, some of it deserved, NPEs play a vital role in enforcing and monetising IP assets. Lastly, and most importantly, lawmakers should exercise restraint and should carefully consider the wider ramifications to incentivising innovation prior to initiating any further modification of the law 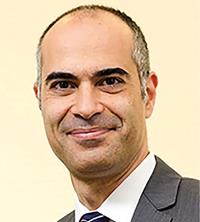