This blog was updated on 12th October to include new information about the vote that took place in Geneva on 7th October and to provide links to further documents that have been made public, including what is said to be an unredacted copy of the report of the the investigation into the allegations made against Francis Gurry.

The news that WIPO member states have endorsed a decision taken by the organisation’s Coordination Committee to drop any further investigation of the allegations of serious misconduct levelled against Director-General Francis Gurry is no surprise; a few days ago this blog predicted it would happen. However, for anyone who believes that the IP system is best served by transparency and accountability, the fact this outcome was so predictable does not make it any less depressing.

Ever since the then WIPO deputy Director-General James Pooley first accused Gurry of being involved in taking WIPO staff members’ DNA and in interfering to alter the outcome of a procurement process in his April 2014 Report of Misconduct, IAM has taken no position on the claims. We don’t know if they were true; but we do know that they should have been investigated quickly, thoroughly, independently and with full protection for witnesses.

Unfortunately, that did not happen. Instead, for over a year WIPO proved itself incapable of acting. Then, when the investigation was finally handed over to the UN’s Organisation of Internal Oversight Services (OIOS), the resulting report – including the names of all witnesses – was made available to nobody but the Chair of the General Assemblies and Gurry himself, while only a heavily redacted version was given to member states; and then only after months of delay.

In its report, the OIOS found that: “Although there are strong indications that Mr Gurry had a direct interest in the outcome of the DNA analysis, there is no evidence that he was involved in the taking of the DNA samples.” Furthermore: “There is no evidence that Mr Gurry attempted to suppress an investigation into the taking of DNA samples.” However, it also made clear that the Swiss authorities - who would have had the relevant information about the DNA samples and how they were acquired - refused all requests to co-operate and provided no information whatsoever.

Throughout the last two and a half years the very strong impression given is that many people inside and around WIPO have done as much as they can to prevent a full investigation taking place and to make it as hard as possible for witnesses to come forward with confidence. Indeed, when Gene Quinn of IP Watchdog linked to the Pooley report he was immediately – and shamefully - threatened with legal action if he did not take the link down. Even when the OIOS did finally get involved, there was great unwillingness to share its findings. As for transparency – forget about it. We long ago gave up asking for comment from WIPO on this matter as when we did we always received the same answer: “We have nothing to say.”

As the UN agency responsible for the administration of the global IP system, as well as the provider of services that raise tens of millions of dollars in fees each year, WIPO has a unique responsibility not just to its user community, but also to the wider global population. At a time when IP issues are rising up the political agenda, and are more controversial than they have ever been before, WIPO should be seen to be as transparent and as accountable as possible. Anything less risks bringing the IP system into disrepute. It is understandable that Gurry would be hurt and upset by the accusations levelled at him, but as someone who put himself forward for public office he has to accept that such things come with the territory.

What is left at the end of this sorry episode is a sense of unfinished business. The OIOS report goes some of the distance towards getting to the bottom of things, but the heavy redaction that seems to go way beyond protecting witness identities and the refusal of the Swiss authorities to co-operate leave many questions unanswered. What we do know, though, is that as things stand WIPO is not capable of properly policing itself. We have only got to this point because the previous Chair of the General Assemblies took the decision to bypass the organisation’s internal procedures and to go to the OIOS.

The simple fact is this: when someone as senior as Pooley makes allegations about someone as senior as Gurry, then we have the right to expect that they will be taken extremely seriously, independently investigated as soon as possible and the results made public. It is to WIPO’s shame that this is not what occurred. And it is absolutely essential that processes are now put in place to ensure that something similar never happens again.

The Gurry complaint and investigation – a timeline*

*Because of the lack of transparency that there has been since April 2014, please note that this cannot be a complete timeline: key events may have been missed out because they have not been reported or made public in any other way; while some dates are estimations rather than precise.

UPDATE - IAM has received new information about the vote in Geneva last week. Apparently, it took place after WIPO’s recently-appointed legal counsel Frits Bontekoe, who reports directly to Francis Gurry, provided an opinion which stated that under the organisation’s internal investigation charter the recommendation made by the Chairs of the Co-ordination Committee and of the General Assemblies to drop the investigation into the Pooley allegations and to take no action against Gurry for failing to comply with WIPO procurement procedures was not reviewable by the member states. Yesterday, IAM contacted the WIPO press office to confirm this, but as yet has not received a response.

Further documentation surrounding the investigation has now been made public on the Gentium Law website. Gentium’s managing partner Matthew Parish is legal counsel to the WIPO Staff Council. The new material is: 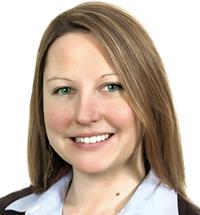