Grief and acceptance in patent market, the case to watch and a new licensing paradigm

I’ve spent some time recently on the road, first at the Intellectual Property Owners Association’s annual meeting in Chicago and then, last week, in and around Seattle. I was meeting with patent owners, advisers and intermediaries, and hearing all about their current concerns, challenges and predictions. Here are a few highlights.

If there was one key takeaway from talking to people in the Windy City and on the West Coast it’s that slowly but surely the market is adjusting to the very different and, for some patent owners, much tougher conditions.

In Chicago, Katharine Wolanyk - who is in the process of joining Gerchen Keller Capital to spearhead its fee-shifting initiative Athena FSP - likened the market’s evolution to the five stages of grief. So having been through denial, anger, bargaining and depression, we’re now at the point of acceptance. Listening to some of the sessions at the IPO and speaking to people at rhe event, as well as in Seattle, there was still a fair amount of anger and depression, particularly around the state of patent eligibility and post-issuance reviews. But there’s also an acceptance that the prevailing market conditions prompted by cases like the Supreme Court’s decision in Alice and the impact of IPRs are not about to blow over.

That means that some of the largest patent portfolios may now plateau or even drop in size as companies opt not to continue to pay the maintenance fees on assets that may not now be enforceable. As Jim Malackowski of Ocean Tomo put it, this is the ‘new normal’ for the patent market. It’s a condition that many don't like, but are going to have to get used to.

As the market adjusts to the new normal, what does this mean for the licensing climate? Well, for the very largest operating companies, it increasingly looks like IP may be used as a lever to develop new or existing relationships. In other words, the focus will be less on monetising patents in their own right and more on using then as an important part of wider commercial deals.

Microsoft’s new, broader licensing deal with Asus, which was announced recently, certainly points to the kind of transactions we can expect from some of the tech giants. It involves not only a cross-licence, but also pre-installation of Microsoft Office products on Asus devices.

We could also see more interest in collaborative forms of licensing rather than simple patent licensing deals. Earlier this year, we spoke to Boeing’s Peter Hoffman about the aviation giant’s licensing evolution. This has seen it take a much more pro-active position to licensing its technology, particularly in sectors beyond its aviation base.

Not all companies have the kinds of portfolio that lend themselves to such an approach, or even the inclination to license their technology in the first place, but it’s clear that where it does become part of the strategy, a long-term view is crucial. For any business, large or small, it’s about developing relationships while managing the internal pressure to start delivering results. That’s particularly true when you’re trying to grow a licensing operation that does not rely on the threat of the courtroom. As some NPEs have found out, that’s a long and, at times, painful process.

The patent case on everyone’s minds

If there’s one case that the patent community, and the tech community in particular, is keeping a close eye on it’s McRO, Inc., d.b.a. Planet Blue v Bandai Namco Games America Inc. et al, or simply Planet Blue as most people are referring to it. It was the talk of the IPO, and then in Seattle last week, as it has become the latest patent case to test the bounds of patent eligibility.

The patents in question relate to lip synching in animated characters – in other words not the kind of business method invention that was in question in Alice - and were found to be ineligible by a district court in California because they relate to an abstract idea. If the Court of Appeals for the Federal Circuit, which should hear the case soon, overturns the lower court’s decision it could provide some much needed guidance on patent eligible subject matter, particularly relating to software. Alternatively, if it goes the other way, then for some all the fears around the narrowing of eligibility post-Alice will be confirmed and perhaps extended.

The BSA | The Software Alliance has filed an amicus brief strongly urging that the patents be found to be eligible and calling on the court to provide guidance on some key issues around section 101 of the US patent statute. The Electronic Frontier Foundation meanwhile has filed a brief in support of the lower court’s ruling. Of course, it's not beyond the bounds of possibility that the Supreme Court may also be called upon following a CAFC decision. Should that happen, it may fill some with horror, but could also enable the justices to revisit Alice and hand down a clearer judgment. Stay tuned for more on this as a date for oral arguments is set.

It was noticeable at the IPO meeting that even in the breakout spaces between sessions there was very little talk of patent reform. There was no speculation about what might get done this Congress and little focusing on whether any legislative package might look more like the House of Representatives’ Innovation Act or the PATENT Act in the Senate. Most now accept that nothing is going to get done this year and that the question has become whether anything happens this Congress. The current turmoil over the leadership of the House, with Republicans struggling to come up with an acceptable candidate for Speaker, certainly doesn’t help those looking to bring a bill to a vote; then we move into 2016 which is an election year and a trime when patent legislation is unlikely to feature high on the to-do list. That doesn’t mean it’s completely off the table, but it does suggest that we’re in for the kind of long, drawn-out process that characterised the America Invents Act's six-year journey onto the statute books. 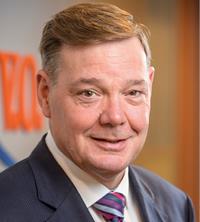