The global patent market in 10 charts

The 2018 WIPO Indicators report analyses data provided by regional and national IP offices to paint a picture of how the global patent landscape looked during the 2017 period. The data was assessed in September 2018 and in most cases is a representation of the previous year, with some exceptions due to incomplete information. The final product includes 47 pages of graphs and charts. We have gone through the whole report to bring you the top 10 takeaways.

1. Patent applications growing but could hit a road block soon

Patent applications have been on an upward trajectory since 2003 and grew by 5.8% in 2017. Over the last 14 years, there has been only one drop-off: in 2009 following the financial crisis, when application activity decreased by 3.8%. This long-term trend gives cause for optimism; however, business analysts predict that the next financial crisis is already in the works, with JP Morgan estimating it will hit in 2020. Does this mean a slowdown or even a patent filing recession is on the cards?

Applications received by China’s National Intellectual Property Office (CNIPA) hit 1.38 million in 2017. Between them, the top five offices accounted for 84.5% of the world’s total patent filings, up from 75.2% in 2007. CNIPA (or State IP Office as was) has recorded increases in filing activity for 21 years, while the US has experienced eight years of successive growth. The remaining offices have been unable to match China as its share of total filings has grown over the past decade. The Korean Intellectual Property Office (KIPO) recorded steady growth between 2010 and 2015 but saw a drop in both 2016 and 2017 due to less resident applications. The Japan Patent Office (JPO) had held the top filer spot since 1968 but was surpassed by the US in the mid-2000s and then China in 2010. Since it was overtaken, the JPO has either reported a decrease in filings or negligible growth due to an ongoing fall in domestic applications. The European Patent Office (EPO) has seen small but steady growth since the early 1980s, but its overall filing activity fluctuates from year-to-year with no definitive trend. 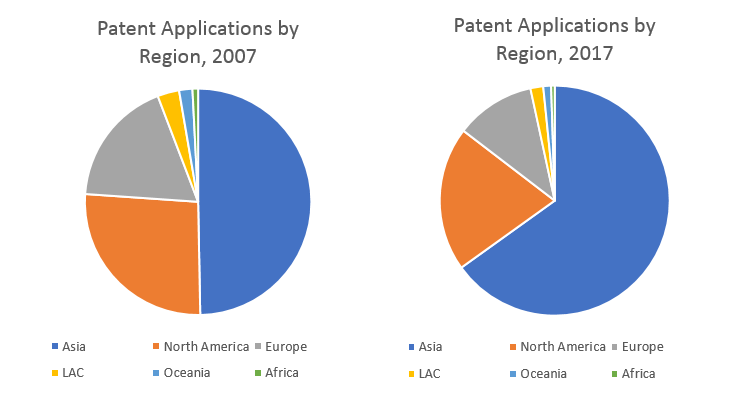 Offices located in Asia received 65.1% of all patent applications worldwide, 15.4% more than their share in 2007. China has led this growth, accounting for two-thirds of the applications filed. Although China has seen record numbers of applications, only 4.6% of filings made by Chinese entities were made abroad. By contrast, 43.5% and 44% of all applications made by Japanese and US entities respectively were submitted abroad.

4. Europe accounts for over half of the top 20 countries of origin

The top 20 contributors of patent applications are mainly high-income countries. The exceptions are the Russian Federation, the Islamic Republic of Iran, India and China. Twelve of the 20 top filing countries are European. Of the top 20, Denmark, India and Belgium experienced the fastest growth in applications, increasing filing activity by 9.6%, 8.3% and 6.1% respectively. The most patent applications come from China, Japan, the Republic of Korea, the US and Germany.

5. Applicants from Japan and China file the most patent families 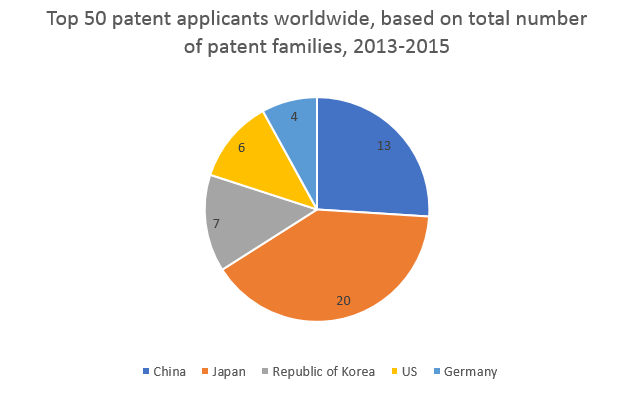 Patent families are sets of patent applications which are filed in one or more offices to protect the same invention, meaning that such inventions have strong patent protection. Of the companies which created the largest number of patent families between 2013 and 2015, eight out of 10 were located in Asia. Canon came top, followed by Samsung and the State Grid Corporation of China (the state-owned electric utility company). The graph above shows the top patent family applicants’ country of origin. Five Chinese universities also feature in the top 50 list. As previously mentioned, only a small percentage of Chinese applicants choose to file abroad. This list changes when looking at foreign-oriented patent families (between 2013 and 2014), that is patent families which include at least one filing office which is not of the applicant’s country of origin. The US jumps to the number one spot, followed by Japan, the Republic of Korea, Germany and China. 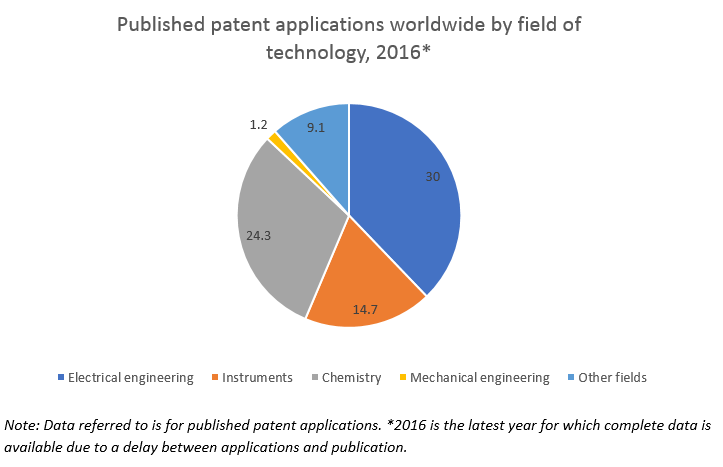 Electrical engineering and chemistry are the leading categories cited in patent applications. Deeper analysis shows that computer technology is the most frequently featured technology, followed by: electrical machinery, digital communication, measurement technology and medical technology. These five groups account for 28.9% of all published applications worldwide. Food chemistry, material and metallurgy, and digital communication experienced the fastest growth of the top 20 technologies between 2006 and 2016. During this period each of the technologies experienced growth in the amount of published applications, except for audio-visual technology and optics which saw small declines.

7. Female involvement in patenting showing up in the numbers 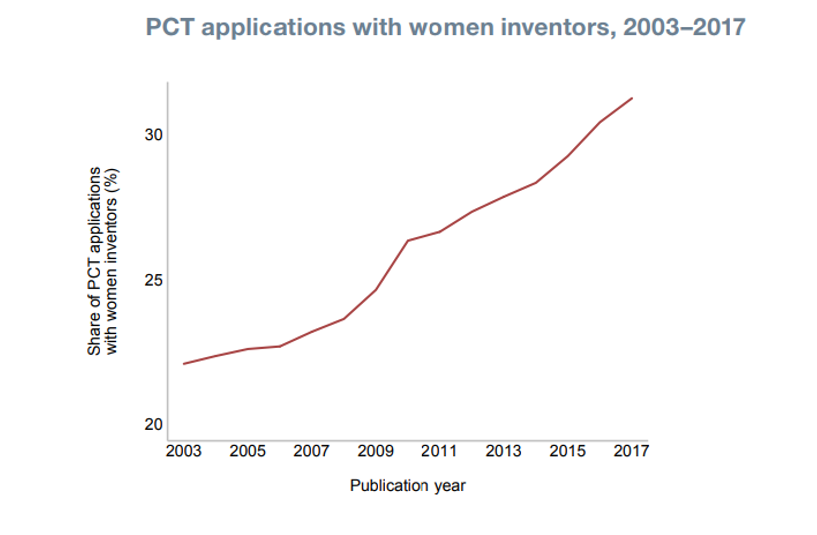 In 2017 the share of women inventors named in Patent Cooperation Treaty (PCT) applications hit 31.2%, an increase of nearly 10 percentage points since 2003. Moreover, the total number of PCT applications with at least one female inventor has almost tripled in that time. Of the top 20 offices, the Republic of Korea (50.3%), China (47.9%), Belgium (35.7%), Spain (35.4%) and the US (32.8%) had the highest participation rates of women inventors. The portion of women listed in patent applications is still relatively low compared to the total number of inventors, with Austria and Japan reporting the lowest share. On a positive note, though, in 2017 Austria reported an increase of 28.6% in the number of applications which listed a female inventor, the highest national growth rate for the year.

8. US and China record more than one million potentially pending patent applications 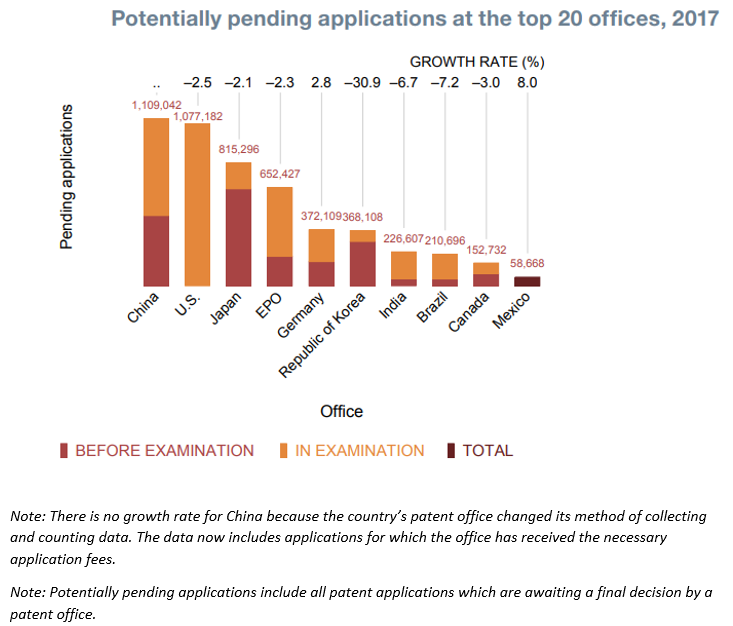 Patent filing activity has been steadily increasing over the years with no signs of slowing down. In 2017 China and the US each reported over one million potentially pending patent applications. Only time will tell if the offices are equipped to handle the growing volume of work.

9. US files the most applications abroad 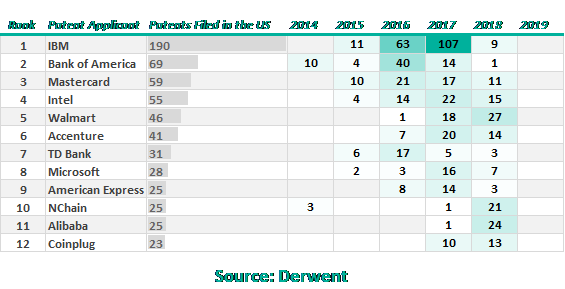 Japan, which has experienced a downward trend in filing activity since the early 2000s, has maintained a strong foothold in the top offices around the globe. It does not match the US in terms of filing volume, but it has similar geographic scope. China has robust domestic filings but does not make a mark in other prominent patent markets. This may change in upcoming years as more Chinese businesses seek to expand internationally, but as it stands China’s impact is only seen in the UK.

10. Granted patents on the rise

**Note: The data and information in this article was sourced from the World Intellectual Property Indicators 2018 Report 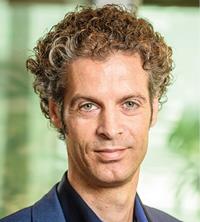