The FTC report on PAEs was published yesterday, but is probably already out of date

The Federal Trade Commission’s long-awaited report into patent assertion entities (PAEs) was published yesterday with the Commission’s chairwoman appearing at a lunchtime event to announce the findings and key recommendations.

The 269-page publication is about as comprehensive a study as there is out there with a full analysis of the behaviour of 22 PAEs and their subsidiaries between 2009 and 2014. But anyone looking for a smoking gun or a new set of proposals that might re-shape the patent reform debate is going to be disappointed. The report makes several recommendations, such as reducing the asymmetry in the discovery process during litigation, but all would be familiar to anyone who has been keeping even half an eye on what’s been happening on the Hill for the last few years.

The question now is will this report actually change much? It seems doubtful that the findings are going to change many minds. If you think that NPEs are the scourge of the patent system then you’ll find a fair deal to get your teeth into. But if you’re pro-NPE – or, at least, in the anti-Innovation Act camp - then there’s just as much scope for you to question a report that focuses on the activities of just 22 entities. That small group, you could argue, is hardly the sort of basis from which to start making broad, sweeping pronouncements on the patent system.

This was certainly the message from the Innovation Alliance, the DC lobbying group that includes Qualcomm, Tessera and Dolby Laboratories. In a statement its executive director Brian Pomper stated: “We are deeply disappointed that the Federal Trade Commission has made policy recommendations and drawn conclusions based on its unscientific case study of a limited number of so-called patent assertion entities.” Pomper warned that the report’s limitations mean that it should not be used to make patent policy or make changes to the patent system.

Having read through the report and listened to FTC chair Edith Ramirez comments, here are IAM’s key takeaways.

Making the distinction between different types of PAE

The FTC makes a distinction between two different types of PAE – portfolio PAEs and litigation ones. The former own large numbers of patents which they tend to license to companies in one lot, earn by far the largest chunk of licensing revenues ($3.2 billion of the $4 billion covered by the report) and are responsible for a relatively small proportion of the litigation included in the scope of the report. Think of the likes of Intellectual Ventures, Marathon, Finjan and WiLAN fitting into this category.

The litigation PAEs secure relatively low settlements (less than $300,000). According to the study they filed 96% of the lawsuits covered by the study, accounted for 91% of the licences signed, but contributed a relatively meagre $800 million to the overall size of the market. In other words, these are entities responsible for driving up the volume of litigation which has become such a banner issue for proponents of new patent legislation. For this category think Acacia before it pivoted to large-scale portfolio licensing with its Adaptix acquisition in 2012 or perhaps IPNav when it was in its pomp.

Academics and analysts have been distinguishing between different types of PAEs for years, but now we have an official FTC report that makes a very clear distinction between what are very different models. If you’re an IV or a WiLAN, the current version of Acacia etc, you would be well advised to be telling the world that you’re a portfolio PAE, interested in licensing high quality IP and not filing nuisance litigation.

So how will this play out on Capitol Hill? The report will certainly add to the broader context in which new legislation is being discussed and we can be sure that when the next Congress convenes early in 2017, at least one member of one of the Judiciary Committees will use the findings to emphasise the pressing need for reform.

The report makes a number of recommendations for legislative and judicial change, such as addressing the discovery burden and cost asymmetries in PAE litigation, greater transparency in PAE ownership to throw a light on all those who have a stake in a lawsuit and staying a case against an end user while a case against a manufacturer plays out. We might expect some or all of the FTCs recommendations in a final bill, but the fact is that none of them are going to make or break any new legislation.

Patent reform is coming down to a smaller, different set of issues such as venue reform and changes to the inter partes review (IPR) processes that motivate the largest patent-owning businesses more than who’s behind a PAE’s shell company. Legislators will no doubt take the FTC’s report on board, but the hard negotiations are on different topics.

In the immediate aftermath of the report’s publication perhaps the most considered analysis came from Villanova University law professor Michael Risch. He has mostly positive things to say about the FTC’s work, but he does point out its failure to identify low value patent licensing. As Risch highlights, not every patent is worth millions of dollars. In reality, the overwhelming majority of US patents aren’t worth anything and licences to a significant chunk of those that are will not exceed $300,000 which, according to the FTC, is the average settlement for litigation PAEs and is consistent with nuisance litigation.

But, as Risch points out, while that sum may be consistent with nuisance litigation, it also tallies with the kind of low value patent assertion which should reward patent owners who might be entitled to a return on their invention, just not a seven-figure one. The FTC does not explore the distinction between nuisance and low value licensing which, as Risch suggests, is surely worth further study.

The infringer side of the equation

The FTC’s report by its very definition is about the PAE sector, it is not about what happens on the other side of the negotiating table or across the courtroom with the alleged infringers. For example, how much of PAE litigation is driven by the fact that some companies simply refuse to take a license unless there’s a court case? What proportion of PAE patents are actually infringed and deserve a payout? The truth is we don’t know and without that we’re left with a very unbalanced picture of the patent assertion market.

The study focused on PAE activity between January 2009 and mid-September 2014. That’s a suitably long time period in which to get a good sense of the patent assertion climate. But if you’re in the business of asserting patents right now September 2014 probably feels like a lifetime ago. Although the Supreme Court had made its ruling in Alice Corp v CLS Bank in June of that year, the full impact of the case on patent eligible subject matter was yet to be felt. IPRs were also just two years old and while their affect on patent invalidity rates had been highlighted, they were still in their relative infancy. Considering how significant an impact IPRs have had on PAEs, increasing the amount of time it takes to reach a licensing deal with an alleged infringer, it’s notable that the FTC study doesn’t include any analysis of the post grant review proceedings

Perhaps most significantly, the FTC had something to say on what is surely the most famous moniker in IP: “In the Commission’s view, a label like “patent troll” is unhelpful because it invites pre-judgment about the societal impact of patent assertion activity without an understanding of the underlying business model that fuels such activity.” It seems unlikely that many PAE critics are going to take that heart, but this report, at the very least, has shown that making broad generalisations about those companies whose business is monetising patents is a mistake. If you hear people who should know better (legislators, lawyers, lobbyists, and tech and IP journalists, for example) continue to throw the T word around with abandon, you can safely conclude they have an agenda. 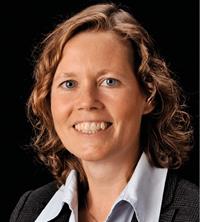