Yesterday Edith Ramirez, chairwoman of the Federal Trade Commission, appeared before the Senate’s Subcommittee on Antitrust, Competition Policy and Consumer Rights alongside William Baer, assistant attorney general of the Antitrust Division at the Department of Justice. Both had plenty to say on a range of issues such as the consequences of the very frothy M&A market in the US and combating sky-high drug prices.

It took until the very end, however, before there was a question on the FTC’s ongoing report into patent assertion entities (PAEs) or as they’re also known, NPEs. Pointing out that the topic of “patent trolls” had been addressed the last time Ramirez appeared before the committee in 2013, Senator Klobuchar asked when we could expect the report to be published. Ramirez kept her response brief simply saying that: “We are working feverishly and I do expect the report to issue this spring.”

The FTC started to focus on the PAE sector in late 2012 when it hosted a workshop, along with the DOJ’s antitrust division, to discuss the impact of licensing-based businesses on innovation and competition.

Ramirez then followed that with a June 2013 speech in which she said: “Flaws in the patent system are likely fueling much of the real cost associated with PAE activities. PAEs are good at monetising patents. But effective monetisation of low-quality patents imposes a de facto tax on productive economic activity, with little nor no offsetting benefits for consumers.”

PAEs’ role in the IP marketplace had also been raised in a 2011 Commission report but the FTC’s report, which it launched in September 2013, is its first initiative to focus solely on a part of the patent market that has become a favourite target of legislators pushing for patent reform.

Despite the FTC’s PAE fever, many in the market aren’t exactly holding their breath on this one. A “damp squib” is what some expect, but there’s no doubt that if it does contain some notable findings the report could provide new impetus to the effort around legislative change.

But that would be a mistake, according to one recent piece of research which points out that several constraints have been placed on the report by the FTC’s chosen methodology. Among the issues raised are the small sample size (it has asked for information from 25 PAEs, 9 wireless chipset manufacturers and 6 non-practising wireless chipset patent holders) and the fact that the report only focuses on licensor’s activities and not those of licensees. The FTC is clearly aware of some of these limitations and has insisted that the report will reflect a case study approach.

The risk is, however, that in the current environment any snippet that is remotely damning of PAEs’ activities will be seized on by reform proponents and used to push for overly broad legislation. That would have implications for patent owners far beyond the relatively small PAE sector. 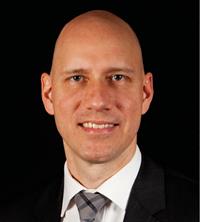