Pharma companies were hoping that the South African Constitutional Court’s first ever patent decision would clear up procedural uncertainties around the assertion of additional grounds of defence against patent infringement charges. But, writes Alexis Apostolidis of Adams & Adams, they were left disappointed

The tension between doing justice and not allowing a litigant to run rampant can require a court to tread a very thin line. How to walk this line was the question that confronted the Constitutional Court of South Africa, the country’s highest court,  in its first ever patent decision: Ascendis Animal Health (Pty) Limited v Merck Sharpe Dohme Corporation and Others [2019] ZACC 41.

This case, arising from procedural complications in an IP dispute between the two parties, required the court to consider whether or not each ground of revocation for a patent constitutes a separate cause of action. Unfortunately, the question left the 10 judges split down the middle – with five on either side of the line – leaving the appellant in a procedural morass and the question unresolved.

During the revocation application, the applicant elected to seek invalidation of the patent on the sole ground that it lacked novelty, reasoning that if it were found to be invalid for lack of novelty it would not be necessary for a court to tackle the slippery subject of obviousness.

Following the revocation proceedings, the court held the claimed invention not to be novel and ordered that the patent be revoked. But the Supreme Court of Appeal subsequently found that the court had been wrong and that the invention was novel. Nowhere was it mentioned, however, that the ground for obviousness had been held back.

The procedural morass arose when Ascendis sought to amend its pleadings in the infringement action, opting to revive its defence based on invalidity for obviousness and to add a defence based on invalidity for lack of utility. Merck, not to be outdone, applied to amend its pleadings to argue that Ascendis could not now rely upon other grounds of revocation and that the validity of the patent had already been decided upon (ie, the issue of the validity of the patent was res judicata).

Merck then applied for an interim interdict (injunction) which was defended by Ascendis on the basis that the patent was not prima facie valid because the invention was obvious. The court hearing this application stated that raising the issue of obviousness resulted in piecemeal litigation and granted the interim interdict.

To make things worse for Ascendis, the court refused to allow it to amend its pleadings in the main proceedings on the basis that to do so would allow it to litigate in a piecemeal fashion. Merck’s application to amend the pleadings to plead res judicata was allowed, however.

In a desperate attempt to extricate itself from this morass, Ascendis applied to the Constitutional Court to consider the denial of its application to amend its pleadings on the basis that the issue of piecemeal litigation in the context of South African law is of public interest.

If it were the former, then the decision concerning the validity of the patent based on novelty would not prevent Ascendis from raising other defences. If it were the latter, issue estoppel would apply and Ascendis could not raise additional grounds and have a second, or third, bite of the cherry.

Ultimately, five judges were in favour of the one interpretation described above and the other five preferred the second interpretation. This resulted in the appeal being dismissed – an unsatisfactory ending for Ascendis, which is left to sink in the morass. The next step would simply be to consider the quantum of damages owed by Ascendis, infringement being common cause between the parties.

The lesson for litigants is that if there is more than one ground which may be relied upon - be it concerning the revocation of a patent, or one or more causes of action relating to infringement - these should be raised all at once and pursued at the same time.

Those litigants that chance upon an additional ground or cause of action which they did not know about, or which did not exist at the time of instituting proceedings, should tread carefully. The Constitutional Court judgment, in my opinion, leaves this issue unresolved.

@IAM_magazine Covid-19 or not, people in rich countries are not entitled to free IP, argues @patentology's Mark Summerfield in th… https://t.co/5H8UVOzJ1r Read more

@IAM_magazine Subscribe to @IAM_magazine– with the uncertainties of the present, we deliver the most critical information to help… https://t.co/rNlSibbGJz Read more 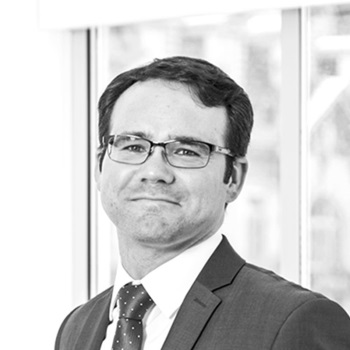