Well, hands up if you saw that coming! For those of us who lived through the Brexit referendum, the idea that polls and betting markets are accurate forecasting tools was shown to be nonsensical months ago; but, even so, Donald Trump’s victory over Hillary Clinton in the US presidential election has come as a surprise to many – we really should have known better.

President-elect Trump will be inaugurated on 20th January, so he has just over two months to get his policy priorities sorted out and his top team in place. Given that he has so much to do, it is unlikely that IP will be at the forefront of his thinking; however, there will be a lot of members of the US IP community wondering what the future will bring for patent, trademark and copyright owners.

To get an angle on the new administration’s IP priorities was one of the main reasons why we decided to hold our second Patent Law & Policy conference in Washington DC on 15th November. As you can see from the speaking faculty – and I can also see from the attendee list – we have a number of very big hitters getting together next Tuesday at the Ronald Reagan Centre to discuss what the new US government will do; they include IP advisers to both the Clinton and Trump camps, as well as former USPTO directors, former and current judges, Capitol Hill lobbyists and senior industry figures.

Indeed, this could prove to be an opportunity to begin to frame some of the issues for the new administration. If you want to come along, there are a very limited number of places still available and you can secure one by completing the registration form here.

Unlike Hillary Clinton, Donald Trump did not talk patents during the election, so as things stand we can only speculate as to what may be coming down the line. Here are a few of my thoughts: 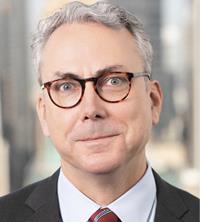