New generation in SCOTUS and other US courts may mean more patent erosion, says CAFC justice 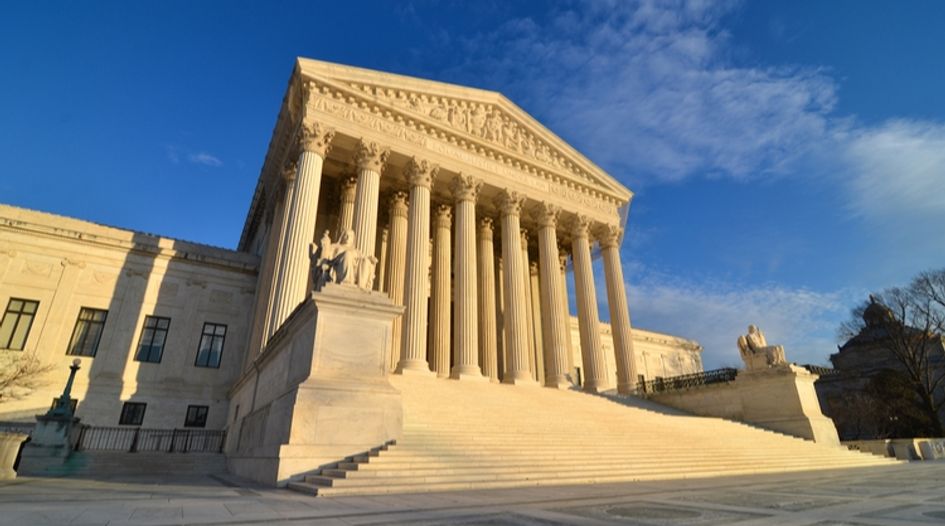 Judge Kathleen O’Malley of the Court of Appeals for the Federal Circuit used her keynote speech on the final day of this year’s IPO annual meeting to reflect on what the changing face of the Supreme Court might mean for the world of patents.

She pointed out that the court had become more ideologically conservative and in the coming years would see its first justices appointed who had grown up in the digital world.

Predicting how the US’s highest court might rule on patent cases can be a tricky task. Support for strong IP rights might appear to be a natural for a more conservative bench, but that’s largely been undermined by 12 years of the current, right-leaning Roberts court and a succession of decisions which have proved wildly unpopular with many patent owners.

What's more, forecasting how prospective new justices might rule on patent suits can be problematic. Most have left a long line of decisions to show which way they lean on many of the hot-button social and commercial issues, but have rarely weighed in directly on IP cases.

However, O’Malley was undeterred in her forecasting. “How will the next generation of justices born in the late 1960s and soon even the 1970s influence and be influenced by modern conceptualisations of competition and technology and innovation, regardless of ideology?” she asked.

As her starting point she took the newest member of the court who was appointed by President Trump last year at the relatively young age of 49. “I simply proceed on the assumption that any new justice will likely be in the mould of Justice Gorsuch – young, sceptical of unchecked agency power, a textualist and ideologically conservative,” O’Malley told the IPO delegates.

As she turned to prediction mode, she pointed out that more justices like Gorsuch might be a net positive for patent owners. “We can predict that we will likely see an emphasis on strict statutory interpretation and less deference to agency action, including that of the PTO – even when we like what the PTO might be doing,” she remarked. “That means that we may see again a greater correlation between pro-property owner outcomes in IP cases and the conservative ideologies of members of the court.”

Justice Gorsuch has certainly given some patent owners hope over SCOTUS’s future direction on patents with his Oil States dissent in a case which challenged the constitutionality of inter partes review but ultimately left it intact.

But as more justices who have spent more of their careers in the digital world reach the bench and are surrounded by people, such as their clerks, who are digital natives, O’Malley said, we may also see a shift in mindset that favours access over innovation.

“If I and those around me want and feel we need new technology there may be a tendency to find less value in the intellectual property barriers to such access,” O’Malley reflected. “It’s hard to say whether this view will align with any particular ideology, it could just be a natural consequence of where the world is moving.”

That might be as true in life sciences as in the high-tech world, she asserted, as memories of medicines, including potent new antibiotics, curing widespread disease fade from view. “With the loss of historical perspective there’s a danger that patent rights, which the Supreme Court has now downgraded to something less than true property rights, will be even further diluted,” O’Malley reflected. This generational shift rather than ideological shift, she suggested might be the guiding force that “determines the fate of IP”.

But for stakeholders who simply shrug their shoulders and accept any change along these lines as the natural order of things, O’Malley offered a word of warning. “If history teaches us anything it is that a strong patent system is to be desired, that innovation sparks the economy and that a strong economy protects our democratic institutions from assault,” she said.

She cited the founders of the US and the framers of the country’s constitution for their appreciation of how important a strong patent system and fostering a broad pool of inventors was to supporting economic growth. That belief in the importance of a strong system is as relevant today as it was then, O’Malley claimed, before warning that: “We’re watching our influence and measure of respect in the IP world wane. Should we be concerned about that? I think we should.”

But everything is not lost quite yet: O'Malley had some advice for patent owners wondering how they should react to these changes. “Be as clear as you can when it comes to defining the metes and bounds of your intellectual property,” she suggested, before adding: “Treat your patents as you would a contract or settlement agreement. Close loopholes or ambiguities of which others could take advantage.” Clarity, she argued, would likely appeal to new justices throughout the US court system.

She also urged IP owners to closely protect their rights and enforce them when incursions occur. “It is easier to ignore IP rights when IP owners appear to have done so themselves,” she said.

How the Supreme Court continues to shape patent law will be one of the topics under discussion at IAM’s fourth annual Patent Law and Policy event in Washington DC this November. For more information on the one-day conference click here.