Europe's "injunction gap" may not be the problem Google, Microsoft, Intel et al claim it could be

Earlier this week the UPC Industry Coalition – a group of companies including Microsoft, Google, HP, ARM, Intel and Adidas, that is focused on developments around the creation of Europe’s unified patent court (UPC) system – launched a website in which the perils of the so-called “injunction gap” were highlighted.

The gap, the site explains, is the “time during which the products of a company (the defendant) can be barred from the EU market despite a pending (unresolved) question about the patent’s validity”. It potentially exists because of the possibility under the UPC for the bifurcation of cases – that is infringement being decided by one court in one proceeding and validity by another court in an entirely separate proceeding. This is the system that currently exists in Germany and, according to the coalition, the resulting gap “can last from 9 to 29 months!”

In other words, in a bifurcated case a plaintiff that prevails in an infringement case can obtain an injunction even though the validity issue has not yet been dealt with.  “Unlike national patents that must be litigated separately in the national courts of each country, unitary patents will be enforceable—and products effectively can be banned from a near-EU wide market—with a single court order,” the Coalition points out. “Given such immense power, however, it is important to limit, and where possible to eliminate, opportunities for abuse of the system by unprincipled plaintiffs.” To emphasise the dangers, the coalition – which principally comprises very large corporations – has a number of videos from people who run SMEs talking about just how damaging the “injunction gap” could be to their businesses.

“The impact of the injunction gap is that unprincipled plaintiffs will be able to force many defendants, especially SMEs, to pay excessively high settlements (even on potentially invalid patents), diverting those precious resources from R&D and other critical uses,” the coalition claims. What it does not point out, though, is that it only becomes a possibility if there is an infringement finding first. And what it also seems to suggest is that should any coalition company be a plaintiff that succeeds in such circumstances, it would not be unprincipled enough to insist on enforcing any injunction it may be granted, or demanding a high settlement royalty, in advance of a determination of validity. I am not sure I buy that!

In any case, in practice this may not be the issue the coalition suggests that it is. Many readers will remember that last year we ran a series of articles by Alan Johnson, a London-based partner of specialist IP firm Bristows, in which he looked at various aspects of the UPC regime, including bifurcation. According to Johnson, following the latest draft of the court’s rules of procedure, the injunction gap is very unlikely to be a problem:

… the latest draft of the Rules of Procedure has included a new provision which will require, in the case of bifurcated proceedings, the Central Division to endeavour to hear the validity case before the infringement case.  Hence, although bifurcation will remain possible, it would seem to be entirely pointless from the point of view of a patentee attempting to have its infringement case determined, German-style, before the validity case.  Assuming the Central Division can accommodate the oral hearing in its schedule, a patentee’s request for bifurcation will now amount to a request that its patent is exposed to the risk of revocation without a determination of infringement – hardly an attractive proposition.

Just to check if anything had changed since he wrote that piece in November last year, I contacted Johnson to get his current thinking. “The Coalition is an astute grouping and it is interesting that they have gone so far as setting up a web-site and highlighted this issue: it is a very serious concern for them,” he told me; before continuing:

My view is that an injunction gap really should not generally be a problem. One point is that even the German judges seem happy to contemplate hearing validity as well as infringement, but obviously that is unpredictable.  Rule 40(b) tries to avoid any problems if there actually is bifurcation, and that was a very important change in the last draft of the rules, but it depends on the central division having the capacity to list revocation claims sent to it so that they come on for hearing before infringement cases, and I think it is that concern the Coalition has.  So it is a fair concern, but hopefully it will not turn out in practice to be a problem.  Their point is that we just cannot tell, so should we not look for a way to fix the problem entirely?

That seems pretty reasonable to me. As long as the potential for a gap exists it will be a worry. Assuming that this is not something that those framing the UPC system actively want – and the latest draft revision suggests it is not – then there must surely be a way to get rid of any doubts. Equally, though, even as things stand it is unlikely that we are going to see many problems – especially at the outset, before there has been time for a big docket to develop at the central division.

Given that the coalition is made up of a number of sophisticated companies that are very well informed about IP, my guess is that they probably know all this.  Instead, their concerns are probably more focused on injunctions under the UPC per se. This is something else that the website touches on when it talks about the lack of discretion the draft rules give judges to determine when these should be awarded:

Permitting even the most trivial of patents to bar far more significant products from the near EU-wide market can create tremendous business leverage on defendants, especially SMEs. In effect, although the patent itself may contribute only insignificantly to the entire product, by providing an injunction on the entire product, the patent holder essentially is credited with 100% of the product value. Thus, even trivial patents that contribute insubstantially to a product can exert tremendous business leverage on a company.

As with the injunction gap, this will permit unprincipled plaintiffs to force high royalties through settlements, royalties that far outstrip the actual value contributed by the patent.

Again, of course, this only applies if a plaintiff wins its infringement case, or if the defendant believes it might (the cost of litigating in Europe will be far lower than it is in the US so the cost of mounting a defence will not be such an issue), but it is a very real threat – and not only for “unprincipled plaintiffs”, whatever they are. Anyone bringing a case and prevailing will have this weapon. And when you are talking about a market of 25 countries and 500 million people it is an extremely powerful one.

Big companies know that their own concerns will not arouse too much sympathy, that’s why SMEs are always such a handy prop when seeking to make a case. The problem, though, is that in Europe SMEs can be plaintiffs too – and in such circumstances an injunction works extremely well for them. As this blog has discussed previously, German SMEs do not seem to have a huge problem with the system that pertains in their country; it seems fair to assume that they will not be too upset to see large chunks of it become the de facto European system. 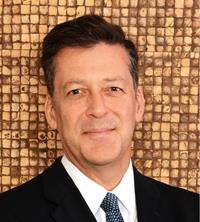