Europe is forging a world-leading reputation for both patent litigation and procurement at a time when faith in the US system is declining, according to the results of IAM’s annual benchmarking survey, published in issue 90 of the magazine.

Though the US court system was the destination of choice for patent litigation among those who responded to the 2017 survey, this year it has suffered a sharp decline in approval from corporate respondents, falling below Germany. Meanwhile, other European jurisdictions, such as the United Kingdom, have also gained ground. The Supreme Court’s TC Heartland decision, continuing concerns about the Patent Trial and Appeal Board (PTAB), uncertainty over the Trump presidency and delays in appointing a new director for the USPTO – along with ongoing patentability gripes – all seem to be factors in the growth of negative feelings about the US among our readership.

Across the Atlantic, the future of the proposed Unified Patent Court (UPC) system has been thrown into even more uncertainty by a German constitutional challenge, while the survey results came in before the UK government ratified the UPC Agreement in April. Though few survey respondents doubted that the pan-European patent litigation regime will come into being at some point, IP professionals are now less inclined to believe that this will happen in 2018 or 2019. Instead, the smart money is on a delay until after Brexit.

Despite the controversy that has surrounded it in recent years, the EPO continues to garner by far the best approval ratings among the IP5 from IAM’s readers. As in the last two years, it ranked highest in perceptions of patent quality - significantly higher proportions of respondents regard its offering as excellent or very good than for any other office listed, with only a tiny minority regarding the quality as poor – 1% of those in operating companies.

The USPTO, by contrast, continues to divide opinion. While more operating company participants regard its patent quality as excellent or very good than any other office except the EPO, it is also seen as poor by more respondents than any other office. Though 18% of people in operating companies think the USPTO’s patent quality has improved in the past year – the joint highest with China’s State Intellectual Property Office (SIPO) – it also had by far the highest proportion of respondents who perceived its quality to be worsening.

SIPO remains bottom in terms of the proportion of respondents who regard its patent quality as excellent or very good. It also compares unfavourably to other offices in terms of its service ratings. However, the Chinese office may be on the fast track to improvement: a significant proportion of survey participants believes the quality of the patents issued by SIPO has improved in the past 12 months – 18% and 17% of those from operating companies and private practice respectively. 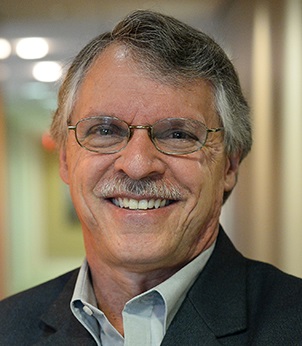