As anyone whose family has been touched by the tragedy of suicide will tell you, it is a horrific experience to have to go though. Why, you constantly ask yourself. Shouldn’t we have noticed, could we have done more, was it something we did, were there secrets we did not know, are others to blame? All this, plus confronting the practical reality of the sudden, unexpected loss and its terrible violence. You are left raw: confused, angry, grief-stricken, guilty, bereft and vulnerable - desperately, desperately vulnerable.

But it is not only mentally draining in just about every way that you can imagine; it can be physically hard too: little if any sleep, loss of appetite, no real exercise, a general listlessness. From outsiders and friends alike you want a shoulder to cry on, someone to talk to but also – and this is very important – the room to work it all out in your head and the time to develop ways to cope. Space and peace and goodwill and availability as and when required. That is what you need.

Now, I don’t know anything about the circumstances surrounding the suicide of an employee at the Hague office of the European Patent Office in late August and my heart goes out to the family and friends of the person concerned, they are now going through hell; but I do know that his/her death has ended up being covered in the Dutch press and that on 7th September the EPO staff union SUEPO chose to write to the heads of the delegations of the EPO’s Administrative Council suggesting a possible link between the death, other suicides of EPO staff and reforms instituted by EPO president Benoît Battistelli:

The EPO has a duty of care towards its staff. While the circumstances of this tragedy are still being looked into, we must nevertheless ask ourselves whether there is anything the Office could or indeed should have done that might have prevented it. It cannot be ignored that Patent Administration is the area most affected by constant restructuring as well as swingeing staff reductions imposed by Mr Battistelli since his arrival at the EPO.

Staff representatives have repeatedly warned both the Administration and the Council that a combination of too high work demands coupled with hasty reforms and brutal management methods have generated what we consider a toxic work environment, not just in Patent Administration, but Office-wide. Not only have these warnings been ignored, but also letters sent to you by the Central Staff Committee (CSC) on the following dates remain unanswered …

Note the language used in the letter – phrases such as “swingeing staff reductions”, “brutal management methods”, “toxic work environment”, “warnings been ignored”. Other letters, the first of which was sent on 26th August, just two days after news of the suicide first emerged, are equally as incendiary. SUEPO has made them all publicly available. On 10th September, Volksrant ran its article. The EPO did not issue any press releases on the subject and I would be very surprised if the journalist concerned got her steer from senior office managers (the angle the story takes certainly suggests otherwise), but she got it from somewhere. I wonder where that was.

From the many conversations I have had with different EPO staff members, it is clear to me that at least some of the reforms introduced by the Battistelli administration at the office are very unpopular – the sick leave regime is one that crops up a lot. There is also widespread concern at what is perceived as a tendency to impose rules without discussion and a failure to communicate; though I am told that Battistelli himself is beginning to understand that he needs to engage in more constructive dialogue with staff and to listen to the concerns that are expressed to him. What's more, this blog has written several times about the transparency-deficit at the EPO and why tackling that has to be a priority. In short, we know that there are issues and problems, and that senior managers must take their share of the blame.

However, if you only listened to SUEPO you would think that there was some kind of catastrophe unfolding at the EPO. The talk from the union is of serial human rights violations, staff living in terror, ever-declining standards of work and, now, the possibility that people are being driven to suicide by everything that is taking place. But there is a major problem with such claims: the lack of evidence to back them up.

So, on human rights violations and a terrified staff working under despotic leaders, we have to compare the words to the reality. And that is attrition rates (ie, staff departures) in the low single figures percentage-wise and examiner salary packages and working conditions that are among the best – if not the best – in the entire world for patent office staff. Remember, we are talking here about a multilingual workforce composed mainly of highly-qualified scientists and engineers; the kind of people that would have a choice of jobs to go to if they were looking for them. If things were really as bad as portrayed by SUEPO, it is hard to escape the conclusion that there would be mass resignations. But, as even arch-EPO critic Florian Mueller acknowledges on his FOSS Patents blog, there are not.

Then there is quality. SUEPO has been saying for years that as the result of reforms introduced by Battistelli and his predecessors, the quality of EPO grants will decline. Although this is always going to be a subjective issue, the indications are that it has not happened. Once again, in this year’s IAM benchmarking survey the EPO was way out in front of the other IP5 offices for quality, with just 4% of operating company and 6% of private practice respondents reporting a deterioration; the office was also rated top for service.

The problem with crying wolf, or even just over-stating your case, is that as time goes by people just stop listening. And when you seek to link reforms to personal tragedies with no proof of even the remotest connection, many more are not only going to feel a level of disgust, but are also going to switch-off.

That, of course, ends up letting senior managers off the hook. Instead, of feeling compelled to listen to the SUEPO case and to engage with its representatives, the extremity of the union’s language and the wild, unsubstantiated nature of its claims give Battistelli and his team, as well as the Administrative Council, a get out of jail free card. “These people are unreasonable, they hurl around unsubstantiated allegations and they represent a minority opinion,” is the general management argument. As the first two points seem to be pretty inarguable, outsiders conclude, maybe the third one is too.

From where I sit, it looks to be time for a SUEPO rethink. Moderate the language, drop the aggression, focus on evidence not anecdote, demonstrate a desire to be constructive. Most of all, please leave fragile, heartbroken families to their grief. That way you can start to do better by your members and the wider EPO community. After all, how much success has SUEPO actually enjoyed during its long war of attrition with EPO management? Not very much at all seems to be the answer. 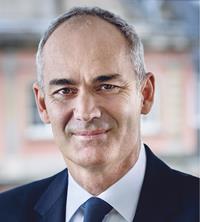