On Monday, I wrote an opinion piece based around the recent dismissal of a senior member of the European Patent Office staff union SUEPO from his job in The Hague. It was sharply critical of the office’s senior management and called on the Administrative Council “to get a grip”. The office’s president Benoît Battistelli has asked for the right to reply. Here is what he has to say:

I have always appreciated your interest in EPO matters and respect your freedom of opinion, but you made a number of assertions in your blog dated 7th November, which fail to take into account some basic points. This is why I asked you for the right to provide my own comments and I thank you for giving me the opportunity to do so.

As you rightly pointed out, the EPO has been through a number of reforms over recent years and has achieved a lot of results to the benefit of users, our member states and our staff. From an operational and financial perspective, the office has never been in a better situation and this has been analysed and confirmed regularly by external audits. As you rightly mentioned as well, for decades the management of the EPO has had to face strong and almost systematic opposition from its own internal trade union, SUEPO. They have also disagreed with all my proposals: this is their absolute right and one that I fully respect.

However, the issue at stake has nothing to do with a difficult relationships between the management and a trade union as a whole. The sad truth is that a few individuals, taking advantage of their protected status and the image that trade unions enjoy among the public, have repeatedly crossed lines over the years to the extent that the EPO management has no longer been able to stay blind and cross its arms anymore.

When, for the first time, EPO staff members were able to elect their central staff committee directly in 2014, some new representatives were elected. Because one of them had different views, he was subjected to intense defamation, threat and harassment to the point that he decided to resign a few months after the election and publically set out his reasons for doing so in a communiqué to all EPO staff. He was to be replaced in the central staff committee by an associate of the harassers who was on the waiting list. Some other staff representatives also asked for the protection of the management against the attacks from their colleagues.

In such a situation, the management not only has a duty of care to each staff member, but also the responsibility to ensure that the freedom of opinion of any elected staff representative is respected. Hence some investigations into this case were launched and numerous materials were collected; these were often supplied by other staff representatives, who totally disagreed with the behaviour of the few harassers (nicknamed “the snipers”).

The procedures were conducted according to our rules which compare favourably to other international organisations such as the EU and the UN, and are fully in line with the European Social Charter, the Universal Declaration of Human Rights and the European Convention on Human Rights, according to a study from PwC published at the end of September 2016. The internal disciplinary committees which provided me with their opinions on the different cases are composed of appointees by the management and the staff representation. They analysed with the greatest care the facts and recommended to me the highest sanction with regard to these severe breaches, which were committed not by just one individual, but by a small group. This is why a decision concerning another staff representative had previously been taken at the beginning of the year. It was not as a result of targeted actions against SUEPO leaders.

The decisions can be contested before the Administrative Tribunal of the International Labour Organisation, which is known for taking great care of labour rights and which is the only review body foreseen by the EPC, and not national authorities. Recent court cases in two different European states – the Netherlands and Germany - have confirmed that EPO staff members have satisfactory means of redress in cases of dispute and refused to deal with cases on the substance. It is also in full respect of the share of competences between the President of the Office and the Administrative Council (AC) as defined by the EPC that the March resolution was adopted and endorsed by both. The AC is regularly informed about the situation. There is also ongoing work concerning a possible revision of the different legal frameworks.

On another point, I also strongly refute any accusations of “management by intimidation”. To try to base the discussions on facts rather than rumours, we asked a team of renowned, experienced external consultants to analyse the Office’s situation with respect to our financial and social situation, and health and well-being. The results show a strong improvement compared to 2010, with some remarkable achievements and some areas of progress. They were shared with all the stakeholders (staff, managers, staff representatives, trade union and AC delegations) and will continue to be debated with all in order to define our next priorities.

During the first social conference in the history of the EPO on 11th October, external participants were surprised by the freedom of speech and direct exchanges between the staff and the managers. They gathered in working groups at the beginning of this week to resume the discussions and focussed their attention on what really matters to them. We will continue to dedicate the necessary efforts to support these direct and participative meetings with as many staff members as possible in the coming months. I also do not confuse the behaviour of a few individuals with the position of their whole association and this is why I will keep my door open to SUEPO representatives.

To conclude, as you said, the social dialogue at the EPO has never been an easy path. However, this does not mean that the management should not put all its efforts into trying to continuously improve it. However, this cannot be done at the cost of tolerating unacceptable individual breaches of our regulations. 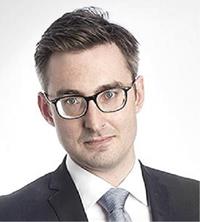