Despite a year of conflict, the EPO is still rated as number one for quality and service by IAM readers

IAM readers have once again given a major vote of confidence to the European Patent Office, with respondents to our annual benchmarking survey putting the office top of the IP5 for patent quality and service. The result repeats the one the office achieved in last year's survey.

Published in the latest issue of IAM, the benchmarking survey asked a series of questions relating to the performance of the world’s five largest patent offices: the EPO; the Japan Patent Office (JPO); the Korean Patent Office (KIPO); China’s State IP Office (SIPO); and the US Patent and Trademark Office (USPTO). Each of the types of respondent taking part – senior operating company IP personnel, executives working for NPEs and private practice lawyers and attorneys – put the EPO in the number one slot. After a tough year, involving an increasingly bitter dispute between the office’s senior management and staff union SUEPO this will come as welcome news to EPO president Benoît Battistelli and his colleagues, as well as the office’s Administrative Council.

The survey, which ran for two months earlier this year, consisted of separate, bespoke questionnaires devised for three different parts of our readership demographic: corporate IP managers, NPE executives and private practice lawyers and attorneys.  We received over 600 responses in total. All three groups agreed that the EPO leads the pack, with 65% of respondents from operating companies rating the quality of its granted patents as excellent or very good. As in previous years, too, there was further agreement across the three surveys that the JPO takes second place for quality.

The news for the USPTO, though, is more mixed. Although 22% of operating company respondents stated that the quality of its output has improved over the last year (that’s more than for any of the other offices), just 32% rated it as excellent or very good. For the office’s Director Michelle Lee, who has made improving the quality of its output one of her major goals, that demonstrates just how much more work remains to be done to alter perceptions among users. Responses from private practice and the NPE community paint a similar picture.

The survey also shows that issues around patent quality generally are of growing importance. As many as 61% of private practitioners surveyed stated that they believe that there is a problem with patent quality in general – up from 55% of respondents last year. And while the top reason given in 2015 for poor patent quality was pressure on examiners, this year it is the examiners themselves –or, more precisely, the lack of them - that are considered the problem, with half of private practice lawyers and attorneys citing patent office staffing as the primary reason for quality issues. 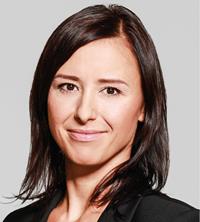