Today the US Supreme Court hears oral arguments in one of the most eagerly anticipated patent cases it has dealt with over the last few years. At stake in Cuozzo Speed Technologies v Lee are two key issues:

1. Whether the court of appeals erred in holding that, in IPR proceedings, the Board may construe claims in an issued patent according to their broadest reasonable interpretation rather than their plain and ordinary meaning.

2. Whether the court of appeals erred in holding that, even if the Board exceeds its statutory authority in instituting an IPR proceeding, the Board’s decision whether to institute an IPR proceeding is judicially unreviewable.

With inter partes review proceedings, and their patent death squad reputation, now so much a part of the US patent landscape, many rights owners are hoping that the eight SCOTUS justices will reverse the CAFC on both points in the first patent case they have heard since the death of Antonin Scalia. This, they believe, will help to rebalance a system that is currently stacked against them.

“I hope the Court takes this opportunity to clear up some of the current uncertainty that exists among innovators who seek to use the legal protections afforded by patent rights to secure the investments in research, development, manufacturing, and jobs that can turn an invention into a business,” Kevin Rhodes, chief IP counsel at 3M told IAM. “The PTO’s decision to interpret issued patents being adjudicated in AIA reviews using a different claim construction standard than the one used by courts has resulted in undue uncertainty as to the boundaries and validity of issued patents under review by the PTO.”

According to Rhodes, it was never the intention of the America Invents Act that issued patents be interpreted more narrowly when adjudicating infringement and more broadly when adjudicating invalidity.  “That approach works to the detriment of all patent owners and undermines the black-letter principle of patent law that claims should have the same scope for purposes of adjudicating validity and infringement,” he argues.

Equally troubling,” Rhodes continues, is that “patents that are upheld in court under one standard can be invalidated when the PTO gives them a broader reading than the patent owner ever intended at the conclusion of prosecution”.  This inconsistency, he claims, invites gamesmanship – with petitioners bringing second, third or more challenges to patents, even after they have been upheld in court.  “By making it clear that patent claims in AIA reviews should not be given their “broadest reasonable interpretation”, but rather should be interpreted according to their “ordinary and customary meaning to those skilled in the art”, as in litigation, the court can restore balance to our patent system,” Rhodes states.

For Ashley Keller, the managing director of litigation funder Gerchen Keller Capital and a former clerk to Supreme Court justice Anthony Kennedy, the issue around judicial review is by far the most important of the two the court is to consider: “If the court decides that institution decisions are reviewable - either via a writ of mandamus or a post-trial appeal - that will have far-reaching ramifications. Almost every petition for inter partes review results in a decision on institution, and many have raised serious questions about the approach the PTAB employs; eg, when to start the one-year statute of limitations clock, what constitutes a covered business method, and in Cuozzo itself, the liberties the board may take in holding that petitioner has demonstrated a reasonable likelihood of invalidity.  Permitting review of these questions will greatly enhance the scope of judicial oversight of PTAB proceedings, for petitioners and patent owners alike.”

As to the first question, Keller argues that it makes little sense to give claims their broadest reasonable scope while simultaneously offering virtually no opportunities for patent holders to amend their claims.  However, he believes that even if the court decides this question in Cuozzo’s favour it will not make a significant difference in many cases: “The line between the broadest reasonable interpretation and the most reasonable one is thin.  Those determined to reach an outcome based on a close claim-construction question will have little difficulty doing so regardless of the standard that applies.  And in view of Teva, these constructions will, at least sometimes, receive deferential review on appeal.”

Erich Spangenberg, the founder of IPNav and now CEO of nXn Partners, is confident that if the court gets to the merits, it will rule that the Phillips standard - ordinary meaning to a person of ordinary skill in the art - is the proper one for the PTAB to use and that the court will find the decision to institute can be reviewed. “The ultimate impact on PTAB decisions will be an approximate 5% to 10% reduction in institution decisions,” he says.

Keller, though, feels there may be a split decision: “Because it is not clear Cuozzo cleanly presents the first question presented, I predict the court will dismiss that one as improvidently granted.  I view the second question presented as close, but predict the court will find institution decisions reviewable, at least in certain circumstances.”

There has been much talk in the US of the pendulum beginning to swing back towards patent owners. So far, though, there is scant evidence that this is actually happening. The Cuozzo case may just change that. A Supreme Court decision to overrule the CAFC, combined with the USPTO’s recent rule changes concerning inter partes and covered business method reviews, will certainly be regarded as a significant reduction in the ability of accused infringers to knock out the patents being asserted against them.

As all those who have watched it in action will tell you, the Supreme Court does like to reverse the CAFC, so that should give patent owners hope. But it is also the case that most of its decisions since eBay v MercExchange way back in 2006 have had the practical effect of curtailing patent rights. One way or another, then, the Supreme Court is going to end up going against type. It’s often the case that you can discern the way the justices are moving from the questions they ask during the oral proceedings. With that in mind, patent owners and their advisers will be listening very carefully to today’s events. We should get the final decision in June. 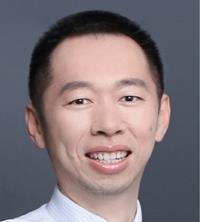