The crisis in 101, Wamsley bows out and more from day 2 of the IPO annual meeting

The Intellectual Property Owners Association’s 43rd annual meeting in Chicago, came to a close today. You can see our coverage of yesterday here and below is a round-up of some of the main developments from the final day.

Back to first principles

Perhaps the two biggest issues guaranteed to start an animated conversation with anyone involved with patents in the US are the ongoing uncertainty around patent eligibility under section 101 of the patent statute and the rise of post grant proceedings. Never one to shirk a challenge, the IPO opted to tackle both in back-to-back sessions to start day 2 of its annual meeting.

Most would track the confusion around patent eligible subject matter to the string of recent Supreme Court cases on the matter which includes Bilski v Kappos and then, most recently, Alice Corp v CLS Bank. The latter in particular has placed the eligibility of some software implemented inventions right at the heart of the current debate. So it was no surprise that the first panel of the day on eligibility opened with the reassurance that software was still patentable but that inventions related to a slew of business method areas were increasingly unlikely to receive patent protection.

That was the message from Accenture’s Matthew Weinstein who urged patent filers to stress the “technical hook” of their discoveries so that they pass muster with the USPTO. “If you still find yourself expressing an innovation in business or economic terms or in terms of an “improved” result you might be out of luck,” he warned.

While the Supreme Court has been willing to knock out patents and lecture lower courts on exactly what is not patentable it has been unwilling to offer any bright line tests. The onus has therefore fallen on the USPTO to read between the lines and offer guidance on what exactly constitutes an abstract idea. As the agency’s Bob Bahr pointed out, that has left it in a tricky position.

“I’m pretty sure if we come up with [an abstract idea test] on our own we’ll be told it’s wrong in 3 to 5 years,” he reflected. Instead it has sifted through the relevant decisions and come up with ideas that are now considered abstract which is perhaps the only option left open to the PTO but is still short of the kind of guidance that most would like to see.

The issue of eligibility, specifically around patents, was also covered in one of the final panels on day one. In both sessions, it should be noted, the data and analysis of the Bilski Blog, written by attorneys at Fenwick & West led by Robert Sachs, featured prominently to show just how serious the problems around eligibility have become. In the opening panel for day two Sachs made an interesting observation in the Q&A at the end. “The closer we get to computational intelligence the less patent eligible it becomes,” he reflected. As he highlighted, it’s almost as if the more complex some discoveries become the less patent eligible they are. That’s a chilling thought for anyone involved in the patent system.

With the crisis over patent eligible subject matter causing so much angst, the question has emerged as to whether Congress should step into act to amend section 101. Turning to the dysfunctional US legislature for answers, particularly as it grapples with patent reform, would not appear to be the most sensible course of action but Jones Day’s Ognian Shentov made the case in the first session for the politicians to act.

He pointed out that the IPO currently has a subcommittee led by the Bilski Blog’s Robert Sachs which is looking at revised 101 language. The ABA and AIPLA are also understood to have it under consideration. So far the idea has gained little public traction in Congress. Senator Hatch raised the prospect during one of Michelle Lee’s nomination hearings but otherwise it has remained largely off the agenda.

If the IPO and other industry bodies can help a consensus for change emerge then that would undoubtedly help. For delegates at this year’s meeting the need for some sort of action is becoming ever more urgent.

On the panel on post grant proceedings former Chief Judge of the Patent Trial and Appeal Board (PTAB), the Honorable James Smith, did his best to calm some of the hysteria that has grown in line with the number of inter partes review petitions. Offering a detailed breakdown of the USPTO’s own data, Smith, who stood down earlier this year, placed the number of reviews in the context of total patents granted each year (a tiny %) and tried to give a sense of how much of a shock it has been to be faced with 100s of new IPRs each month when the original forecast was for around 50.

Once Smith had presented his data, Denise DeFranco from Finnegan, Henderson, Farabow, Garrett & Dunner briefly touched on the number of IPR appeals working their way through the system and warned of a possible tsunami of cases about to hit the CAFC. The panel then focused on a number of common gripes with the review process such as unlevel playing field for patent owners and the use of different evidentiary standards by the PTAB and district courts.

Richard Rainey, currently with GE but due to return to private practice with Covington & Burling, pointed out the ludicrousness of having two different standards. “Business people look at you and think you’re from Mars. They ask how can my patent mean different things?” he said. For a considerable part of the patent community the IPR process does the whole system few favours. And no one even mentioned Kyle Bass.

After 33 years at the head of the IPO, Executive Director Herb Wamsley is retiring in October and as this is his last annual meeting in charge it was fitting that he gave the keynote lunchtime address. He turned to history to point out to the audience that the US patent system has fallen into crisis and disrepair in the past but has always managed to fix itself, in large part because of the actions of patent owners.

Wamsley was in no doubt that elements of the US system need to be fixed as uncertainty has grown over patent eligibility, litigation has risen and questions have emerged around patent quality. Although the US system may still be able to claim to be the best in the world, those factors, Wamsley admitted, were dragging it down.

He called on IPO members, “as officers of the system”, to help tackle the problems and warned that there were more people interested in getting something for free than people who were willing to innovate. He also noted that a projected dip in patent applications for fiscal year 2015 was a particular cause for concern.

As he was lauded by IPO President Phil Johnson and given a standing ovation by the audience, Wamsley had much to reflect on from his time in charge. But as he picked apart some of the problems with the US system it was hard to escape the idea that Wamsley’s successor Mark Lauroesch certainly has a lot on his plate. 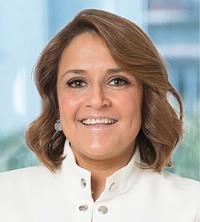