The following is a brief extract from a letter which a national legislator sent to a member of the cabinet earlier this week:

“I ask you to utilise federal law… to break the patents on these drugs to authorise third parties to manufacture or import them for government use.”

The drug in question here is the hepatitis-C treatment sofosbuvir, which is marketed under the brand name Sovaldi by Gilead Sciences, the company that owns the patent on it. This blog has previously reported on the difficulties faced by Gilead in India, where it has been denied patent protection on sofosbuvir for the time being but has struck licence deals with a number of Indian generic manufacturers to produce versions of the drug for sale in the country and in lower-income markets.

It may come as a surprise to learn that this missive, effectively calling for a compulsory licence to be issued, was not penned by an Indian lawmaker. Or one from Indonesia, or South Africa, or any other emerging market which has gained a reputation for considering or undertaking compulsory licensing of medicine patents, for that matter.

Instead, the letter was written by Bernie Sanders, the junior senator for the US state of Vermont and one of the Democratic Party’s potential candidates for the national presidential election that will take place next year. It was sent to Robert McDonald, the US Secretary of Veteran Affairs, whose department has reportedly run out of funding to provide financial support to veterans who are seeking treatment with sofosbuvir. You can read the letter in full here.

US law does not make provision for compulsory licensing per se; however, the statutes do allow the federal government and its contractors to infringe patents where they deem it necessary, with the infringed party able to sue for compensation in the US Court of Federal Claims. It is under this provision that Sanders has asked McDonald to act. “Our nation’s veterans cannot, and should not, be denied treatment while drug companies rake in billions of dollars in profits,” he says in the letter.

Sanders is somewhat anomalous in US political terms: a self-described democratic socialist and a fair way left of the centre ground. He seems to believe in the kind of decision-making that one might associate more closely with the sort of government intervention that compulsory licensing involves. (For any politics buffs out there, here’s an interesting morsel for you: Sanders’ brother Larry ran in last week’s UK general election as a Green Party candidate.)

But, whatever your political stance or your views of Sanders, the reality is that it would be difficult to develop popular support against much of what he says in his letter to McDonald. Anyone who comes out arguing for the rights of Big Pharma in this situation runs the risk of being seen as arguing against the rights of US war veterans. It is hard to see that there are many members of the US electorate who would oppose any action that – put as simply as it is in the letter – would improve access to vital medicines for those men and women that have risked life and limb in the name of their country. It is just the kind of thing that can garner tremendous public support – and that can translate into votes.

The point here is that it would not take much for public opinion in any country – not just those developing economies like India, China and so on – to be rallied in support of a measure like compulsory licensing. Cheaper drugs are something that a great many people would like to see in an ideal world. The task for the companies that research, develop, manufacture and distribute those drugs is to convince the public that they come at a cost; and that patent protection is critical to enable them to recoup those costs and reinvest in further innovation to create the drugs we will need in the years and decades to come. That means that prices need to be fair and reasonable to all parties, and justifiable to consumers; and that drugmakers fully embrace their social responsibilities. Big Pharma – and increasingly, patent owners more generally – have an image problem. That needs to change; and it is only the IP owners themselves that can do it. 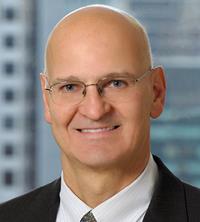