This week, Chinese autonomous driving startup Pony.ai announced a partnership with Japan’s Toyota Motor to bring self-driving cars to the streets of Beijing and Shanghai this September. Toyota’s Lexus RX vehicles with autonomous driving system developed by Pony.ai will be used in the self-driving tests on open roads in China next month.Pony.ai, which has its headquarters in Guangzhou and offices in Beijing and Silicon Valley, has surged to be China’s most valuable self-driving startup since it was founded in late 2016. The company has attracted a total of $300 million from a string of major investors including Sequoia Fund, IDG Capital Partners and Morningside Venture Capital, and its market value has reached $1.7 billion.Luo Tiancheng, the founder and CTO of Pony.ai, worked as an autonomous driving engineer for Google and Baidu in Silicon Valley before he established the company together with his colleague James Peng (now CEO at Pony.ai) from Baidu’s US R&D centre.  The company has attracted a lot of attention since June when it obtained a robo-taxi operation permit in California that allows it to operate an autonomous hail-riding service.According to 2018 data published by California’s department of motor vehicles, Pony.ai was ranked the fifth, requiring driver intervention once every 1,635km, behind Waymo, GM Cruise, Zoox and Nuro. It was the best-performing Chinese brand in the tests, far ahead of Baidu and another Chinese startup called WeRide. WeRide already has big foreign automakers as partners and is backed by Renault-Nissan-Mitsubishi alliance venture fund and Hong Kong-based AI unicorn SenseTime.Autonomous driving in China, spearheaded by the nation’s search giant Baidu, has received a wide range of support from private investors and government regulators. Research also shows that the Chinese public trusts autonomous driving technology more than most other populations. But it still faces hurdles including cost, safety and scalability, let alone the current Sino-American technology and trade stand-off. President Trump seems to be fiercely determined to prevent technologies developed in the US being transferred to China, including autonomous driving chips and sensors. And it’s not just technologies developed by US entities, but also those developed in the US by Japanese and European companies.

Toyota has been expanding its footprint in China over the past year. In June, it linked up with battery maker CATL and automaker BYD on electric vehicles technology. In July, the company  announced a $600 million investment in Chinese ride-hailing provider Didi, doubling down on the pair’s existing collaboration on mobility solutions.

The auto ecosystem continues to generate a lot of M&A and joint ventures. Interestingly this is one area of tech in which we see a lot of collaboration between Chinese companies and overseas firms. This will present opportunities and challenges involving intellectual property for all the stakeholders involved.Collaboration is becoming a favoured approach among car-makers, component suppliers, software and internet companies. Conventional car-makers are working with new market entrants like Waymo, Didi, Uber, Pony.ai and Baidu; the newcomers and technology startups are using these collaborations to monetise their technology.

Pony.ai’s business model is not built on owning its own fleet of vehicles. As companies like Pony.ai increasingly get opportunities to license their autonomous driving software to automakers and freight services, complex issues could arise around IP – both patents and trade secrets.

IP disputes are certainly escalating in the sector. Velodyne, the leading developer of Lidar technology, sued two Chinese companies for patent infringement earlier in August. Trade secrets have been a bigger flashpoint. Both Tesla and Apple accused Chinese electric maker Xiaopeng Motors of trade secret theft in March. And Baidu initiated, then dropped, a similar complaint against Chinese startup JingChi.

We are seeing the limited pool of autonomous scientists and engineers give rise to more and more cases like this. As mentioned earlier, both founders of Pony.ai worked at Baidu’s US R&D centre before founding their own venture, and it’s reported that many of the engineers they have recruited were previously with Waymo, and other businesses such as Baidu, Uber, Facebook and Qualcomm. At a speaking appearance in Hong Kong earlier this summer attended by IAM, Peng downplayed the risk trade secrets theft might pose to his own company, saying he prefers to remain laser focused on execution.

Small companies like Pony.ai need to be cautious to safeguard their technology in collaborations with much more well-resourced giants. On the flip side, as a company with a small patent portfolio in a space that’s seeing increasing litigation, it could be a positive for the company to link up with a giant in the space like Toyota. 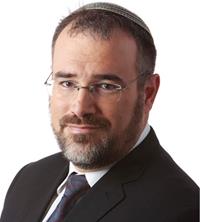