Last year we ran a story on Asian companies filing post issuance reviews at the Patent Trial and Appeal Board (PTAB) following a report by NGB. NGB has now updated its analysis and the main trends remain broadly similar. Companies from Japan and Korea are still the runaway leaders when it comes to filing reviews, using them – like their US counterparts - as a crucial tool in defending infringement suits. What’s more interesting, however, is the way that some Chinese companies are using (or not using as is the case for many) the PTAB procedures.

With data from Lex Machina, NGB looked at all inter partes reviews (IPRs), covered business method reviews (CBMs) and post-grant reviews (PGRs) filed between September 2012, when the new proceedings came into effect, and December 31st last year. In total it found that Japanese companies had made 371 filings, Korean companies had notched up 295, businesses from Taiwan had made 119 and those from China had filed 96 reviews.

In many cases there is a close correlation between the number of reviews that a company files and the number of infringement suits that have been filed against it in district court. Not surprisingly, therefore, the likes of Samsung and LG, who are among the most targeted companies in US cases, also feature among the most active at the PTAB as they look to knock out the patents they have been accused of infringing. Samsung for instance filed 64 reviews last year and was a defendant in the same number of new US lawsuits (the most for any company) according to Lex Machina’s data.

For Chinese companies the picture is a little more complicated. We have reported before on how businesses from Asia’s largest economy have become more frequent visitors to the PTAB with a big jump among those companies that are in IAM’s Asia IP elite. That is undoubtedly the case, although NGB’s analysis suggests that the number of reviews filed by Chinese businesses levelled off in the second half of last year.

Despite their recent growth, the Chinese still remain relatively small players even though they have become targeted in more infringement suits. ZTE for instance, is the only Chinese business to make it onto NGB’s ranking of the top petitioners at the PTAB having filed 29 reviews between 2012 and the end of last year. However, it has been a defendant in around 80 US lawsuits in that time according to data from Lex Machina. The picture is similar for fellow tech giant Huawei which has filed 11 reviews (still among the most of any Chinese business) while it has been a defendant in just under 80.

The one company that appears to have got the message that post-issuance reviews can be an effective weapon in concurrent litigation is TCL and its subsidiary TCT Mobile. It has filed 17 reviews against Ericsson after the Swedish telco filed suits against the Chinese business in the Eastern District of Texas and the Central District of California. Remarkably all 17 of TCL’s reviews have been instituted, suggesting that there are some in the Middle Kingdom who know exactly how to play the PTAB game. 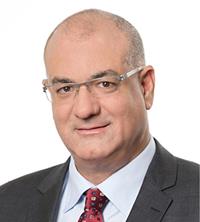