China is already arguably one of the three most important countries when it comes to patent enforcement and most signs point toward continued growth in litigation. For multinationals who have long struggled to protect their IP rights here, the developments of the past couple of years have been overwhelmingly positive. But for local Chinese companies, the risk/reward question is slightly more complex.

Tuesday’s IPBC China was held in Beijing, so naturally there was plenty of discussion about IP policy changes in the country, and how they have impacted the corporate world. While new software patent rules and overseas cases like the recent Unwired Planet v Huawei decision were discussed, it was clear that one of the biggest issues companies are grappling with is China’s new IP court system and the numerous major cases it has featured. These key takeaways sum up the debates and developments keeping China’s IP market makers busy.

Of key concern to the Chinese corporate IP heads on stage was the fact that the country is not just emerging as a big litigation venue, but potentially a very pro-plaintiff one. Ai Hong of ZY Partners brought up the statistic touted by a Beijing IP Court judge last year, who said that in 2015 foreign plaintiffs won 65 out of 65 decisions in that venue. It raises the question, he suggested, of whether foreign companies are seeing a bigger share of success than domestic ones. In any case, Ai suggested that the capital’s IP court is starting to resemble China’s equivalent of the Eastern District of Texas.

“We are now in a more stringent IP environment, and seeing much more litigation” said Jia Xiaohui, the director of patents at China Mobile. Jia spelled out why that state of affairs poses significant business risk to a company like his own: “We have operations across the entire country, but a single lawsuit can impose big consequences on our whole domestic business”.

A number of cases were pointed to as major milestones for IP in China, including Huawei’s assertions against Samsung, the SEP injunction against Sony and Apple’s design dispute with local minnow Baili. IBM senior IP attorney Cheney Xu said that big areas of uncertainty in the law remain, especially when it comes to software patents. That lack of clarity carries its own risks for a company like IBM. “The courts and SIPO need to sit down and discuss how to give the market clear and consistent definitions and interpretations”, he said of the software sphere.

Vested interests take a back seat

Long time users of China’s litigation system say that the big reforms of recent years have coincided with a trend toward greater neutrality. Geographically, Jerry Xia of Honeywell says it’s still important to consider whether you want to bring a case against a well-connected Chinese corporation (particularly an SOE) in a region where it has significant sway. But he said that in bigger cases, and in coastal provinces, things have improved significantly.

An area in which politics have gotten less outside attention is when parties ask a Chinese court to review another court’s decision. “Vested interests appear to be playing less of a role in post-first instance cases”, Xia notes. He said Honeywell recently appealed a case and convinced the higher court to triple the initial damage award. In the not-so-distant past, Xia said, such an outcome would have been “unimaginable”.

While several speakers mentioned WiLAN’s Nanjing infringement complaint against Sony, the corporates in attendance were not overly concerned about the potential for more NPE activity in China. In addition to the fact that most foreign NPEs just plain don’t think it’s a good idea to start suing Chinese companies in China, there are other factors. For example, as Xia points out, litigation in China is fairly cheap and fast. “It’s easy to fight NPEs all the way in China”, he remarked, which blunts a key advantage they enjoy in the US – creating pressure to settle. Xu cautioned that it’s always difficult to predict NPE behaviour, but Longhorn IP’s recent purchase of a portfolio from a major Chinese telecom points toward the possibility that such entities – even foreign ones – could potentially partner with local companies to help speed their own development.

China Mobile’s Jia took the opportunity to lay out a case that licensors ought to tailor their practices in China to the local market rather than adopting a one-size-fits-all approach. He cautioned that some patent owners with great expectations have failed to make headway: “Some companies have taken a very aggressive approach to China, and in the end, no one was willing to license. These licensors got nowhere in China”.

In Jia’s view, “if the royalty burden is too heavy, the sector cannot survive, it will collapse”. That’s going to make it very difficult for licensors to maximise the value of their IP. While technology implementers should respect IP rights, he said, they should also be able to make a reasonable profit. An audience member questioned the relationship between royalties and profits – aren’t IP costs like other production or component costs, not usually thought of as coming straight out of a company’s profit margin? Jia acknowledged it’s a point of debate, while noting that IP costs were significantly harder to predict, and budget for, than other production costs.

Differing views over licensing specifics mean that inventive dealmaking is essential if licensors want to achieve results in China. Jian Ma, Microsoft’s senior director for patents in China, acknowledged as much, pointing to the company’s hybrid deal with Xiaomi as a paradigmatic example: “It’s about understanding the needs of Chinese companies and coming up with flexible and creative solutions”. Sven Torringer of Ericsson added that win-win licensing means finding a way for each side to focus on its own competitive advantage: “FRAND and standards allow both the innovator and the implementer to focus on what they do best. But there has to be a balance”. When it comes time to close the deal, observed Ma, it’s often no longer about convincing the person across the table from you: “IP folks in a Chinese company may understand the IP risks, but the board may not be up to speed”. Helping a counterparty sell the deal to their own board is often the difference between deal and no deal in China. 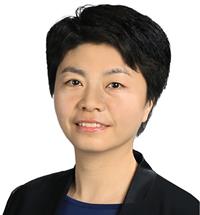