CAFC closes off another defence against inter partes review

Hopes that owners of patents granted prior to the 2011 American Invents Act (AIA) might be exempted from, or compensated for, cancellations resulting from inter partes review (IPR) have been diminished by a recent decision from the Court of Appeals for the Federal Circuit (CAFC).

In its first judgment on the constitutionality of retroactive patent invalidations, the court found that two rights owned by Celgene were not exempted from the post grant proceedings by the Fifth Amendment’s Takings Clause.

The judgment follows a US Court of Federal Claims decision earlier this year, which held that pre-AIA patent owners are not entitled to compensation under the Takings Clause – that forbids the taking of property without just compensation – on the grounds that patents do not count as private property for this purpose.

While the most recent judgment may be reviewed en banc or by the Supreme Court – and the earlier decision will soon be considered by the CAFC – it now seems unlikely that pre-AIA rights holders will find a constitutional defence against the less patentee-friendly procedures introduced in 2012, a year after the AIA came into force.

The judgment concerned a dispute over the validity of two Celgene Corporation patents - 6,045,501 and 6,315,720 claiming methods of safely delivering teratogenic agents (like Thalidomide) to patients without the risk of exposing foetuses to the agents. These were challenged in an IPR launched by the Coalition for Affordable Drugs, an organisation run by hedge fund manager Kyle Bass and IPNav founder Erich Spangenberg, which argued that the claimed inventions were obvious. The Patent Trial and Appeal Board (PTAB) agreed, invalidating claims 1-9 of patent ‘501 and 11-32 of patent ‘720.

Celgene appealed to the CAFC against the USPTO’s decision. It argued not only that its inventions are not obvious, but that it was unconstitutional for the patents to be cancelled retroactively by IPRs, which did not exist when the rights were granted in 2000 and 2001. This, it claimed, unfairly interfered with its reasonable investment-backed expectations without just compensation. It therefore contravened the Takings Clause of the Fifth Amendment, which states that private property shall not “be taken for public use, without just compensation”.

Celgene’s was not the first constitutional challenge to IPRs. Notably, in Oil States Energy Services v Greene’s Energy Group it was claimed that the post-grant re-examination proceedings violate the constitutional right not to have private property nullified by administrative processes. After granting certiorari, the Supreme Court voted by seven to two to reject this argument in April 2018.

The Federal Circuit has declined to consider such arguments in previous cases, such as Trading Technologies International v IBG LLC (2019), where the point had been insufficiently raised. But the court agreed to consider Celgene’s constitutional challenge – despite the fact that it had not been raised before the PTAB – because the company’s argument had been “sufficiently thorough” and it was in the “interests of justice” to address the question in the light of proliferating retroactivity challenges.

But Judges Prost, Reyna and Bryson found that the cancellation of Celgene’s rights was not an unconstitutional taking. The key question, they stated, was whether IPRs differ significantly enough from pre-AIA review mechanisms to effectuate a taking.  Not only have patents always been subject to cancellation by federal district courts, they pointed out, but rights have been subject to administrative cancellation proceedings for 40 years.

The judges acknowledged that there are a number of differences between IPR and its predecessors. For example, they are adjudicative, and have discovery, briefing and an oral hearing. This was unsurprising, given Congress’ intention of providing a more efficient means of challenging invalid patents. But no one has a vested right in any given mode of procedure, they affirmed.

The similarities between IPRs and their antecedents were deemed more significant than these differences in any case. In arguing that the AIA had caused a permanent reduction to the value of patents, Celgene had failed to demonstrate that its cancelled claims would have fared better under previous systems. Previous administrative proceedings had also applied a preponderance of evidence standard, while presumption of validity is not a property right subject to constitutional protection. IPRs, the court concluded, are simply “the most recent legislative modification to the PTO’s longstanding reconsideration procedures”.

The decision is a blow to Celgene, whose obviousness arguments were also rejected. It is a setback, too, for those rights holders seeking constitutional protections against the PTAB proceedings. And it follows another defeat in February, when a class action lawsuit (Christy Inc v US) seeking compensation for those whose pre-AIA rights had been cancelled by IPR was dismissed by the US Court of Federal Claims. The court found that patents are not property for the purposes of the Takings Clause.

There is still hope for such rights holders. The CAFC did not address Celgene’s contention that post-AIA proceedings interfere unduly in reasonable investment-backed expectations. Its opinion also assumed that patents are property for the purposes of the Takings Clause, which may help Christy Inc’s pending appeal before the Federal Circuit. Celgene’s case has a realistic chance of being reviewed en banc, or by the Supreme Court which deliberately left open the question of retroactive cancellations. But it seems likely that Takings Clause claims will find themselves at a dead end. 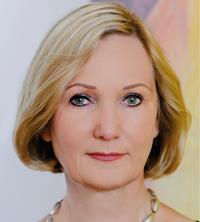