The UPC and EU trademarks will not inflame any Brexit passions among those outside the IP bubble, but geographical indications are a different matter altogether

Ask any European IP professional about the Brexit issues that take up most of their time and they will likely tell you about concerns over the UPC and the unitary patent, the Enforcement Directive, decoupling the United Kingdom from the EU trademark and designs regimes, and the future of copyright protection. Ask any normal person outside the IP bubble about any of these subjects and they will probably stare at you with a blank face, wondering what on earth you are talking about.

It is the public’s complete ignorance of IP law and policy – and the consequent total lack of interest that it inspires among the country’s politicians – that allowed the UK government to ratify the UPC agreement in April with almost no pushback at all.

This happened, let us not forget, despite questions that the move raises about the post-Brexit role of the European Court of Justice (ECJ) and the contradiction inherent in ‘taking back control’ while signing up to a treaty that means that, for the first time, judges from outside the United Kingdom will decide on infringement and validity issues, as well as remedies, in patent litigation directly affecting the United Kingdom.

In the same way, you are unlikely to receive more than a shrug of the shoulders from 99% of the UK population when it is finally decided what happens to EU trademarks currently valid in the United Kingdom or how the country’s copyright regime might evolve once EU directives and regulations no longer apply.

Intellectual property may be all around us – and is clearly one of the major drivers of an advanced 21st century economy, such as the United Kingdom’s – but it is largely invisible to all but a small sub-section of society. Of course, what applies to intellectual property also applies to countless other largely technical, but vitally important, areas – which goes to show how absurd and self-defeating Prime Minster Theresa May’s Brexit red lines were when she drew them last year.

There are three types of protection relating to GIs and traditional methods of production available in the European Union:

A study published by the European Commission – “Value of production of agricultural products and foodstuffs, wines, aromatised wines and spirits protected by a geographical indication (GI)” – estimated that total sales of GI-protected products in the European Union was just under €55 billion in 2010, while items enjoying GI status are sold at a price over twice as high as those of equivalent non-GI products. The top five member states by value of GI-related sales were:

However, while the Brexit issues that most concern IP professionals may not get a second look as we count down to 29 March 2019 – the day that the United Kingdom is due to leave the European Union – there is one topic that does have the potential to resonate.

In early September, reports appeared in the media that the UK government may be seeking to use the issue of geographical indications (GIs) to get a better departure deal from the European Union. With products covered by one of the three types of GI-related protection (see boxout) generating well over €50 billion a year in sales across the European Union, so the thinking seems to go, a threat by the United Kingdom to rework its GI system post-Brexit – and, in so doing, to put protection offered to more than 3,000 products at risk – might deliver concessions that otherwise would not be forthcoming. What is more, it is likely that if the United Kingdom were to leave its GI regime untouched it might make doing trade deals with parties outside the European Union much harder, if not impossible.

In the spring, for example, it emerged that UK and US officials have been secretly discussing some of the issues that will need to be sorted out if a post-Brexit trade deal between the two countries is going to happen. One that has been identified is GIs. Put simply, the United States wants the United Kingdom to water down the current EU rules that apply to improve access for US importers.

It is no great secret that designations of origin, GIs and similar protections in the European Union are not well liked by the immensely powerful US food and drinks sector or by US policy makers. But it is equally true that they are hugely important in Europe. The 2017 EU position paper on intellectual property and Brexit makes specific mention of them:

In the specific case of protected geographical indications, protected designations of origin and other protected terms in relation to agricultural products (traditional specialities guaranteed and traditional terms for wine) protected under Union law before the withdrawal date, this principle should also imply that the United Kingdom puts in place, as of the withdrawal date, the necessary domestic legislation providing for their continued protection. Such protection should be comparable to that provided by Union law.

This puts the United Kingdom in a tricky position. To get a trade deal with the United States, concessions are likely to be necessary; but to get one with the European Union, concessions are pretty much out of the question. This, though, is not the only challenge the UK government faces. The domestic political one is also important.

Just four years ago, Scotland held a referendum on whether to become an independent country. After a long and often acrimonious campaign, a small majority voted against. Since then the Scots have chosen to remain in the European Union but are now being forced to leave because the English and the Welsh outvoted them. That has not gone down well north of the border; so just imagine what a decision taken by politicians in London to reclassify whisky to the benefit of American drinks producers might do.

And it is not just Scotland. Across England, Wales and Northern Ireland, regional producers and local economies are dependent on being able to identify iconic foods and drinks as being from their area alone. What is more, many of these are also the source of immense local pride.

There are just under 90 British food and drink products that currently enjoy protection from imitation across all member states of the European Union. Among them (with notes on some) are:

In terms of the EU referendum that took place in the United Kingdom in June 2016, Scotland voted to remain, while the areas in which all the other products listed above are situated voted to leave.

Voters can relate to GIs and designations of origin immediately. They know the locations, they know the products and they feel proud of them. These indicators are about identity and culture in a way that other forms of intellectual property are not. As the Brexit vote itself showed, you mess around with people’s conceptions of these at your peril.

At the first sign that Melton Mowbray pork pies, Stilton cheese, Cumberland sausages and countless other regional products are under threat because of demands from the United States (or anywhere else) there would be furious letters to local newspapers and programmes on regional TV channels featuring angry farmers and upset locals accusing know-nothing politicians in far-off London of betrayal. Meanwhile, backbench MPs – worried about votes – would be loudly condemning ministers and threatening to block legislation. The narrative would be horrible for the government.

What this probably means is that despite any current bluster and threat the UK GI and rules of origin regime as it exists now – the one that has largely been created thanks to the country’s EU membership – will undergo little or no change post-Brexit. Politically, it would be impossible to do otherwise. Where that leaves a trade deal with the United States, though, is anyone’s guess. 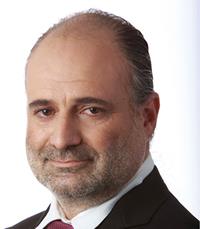