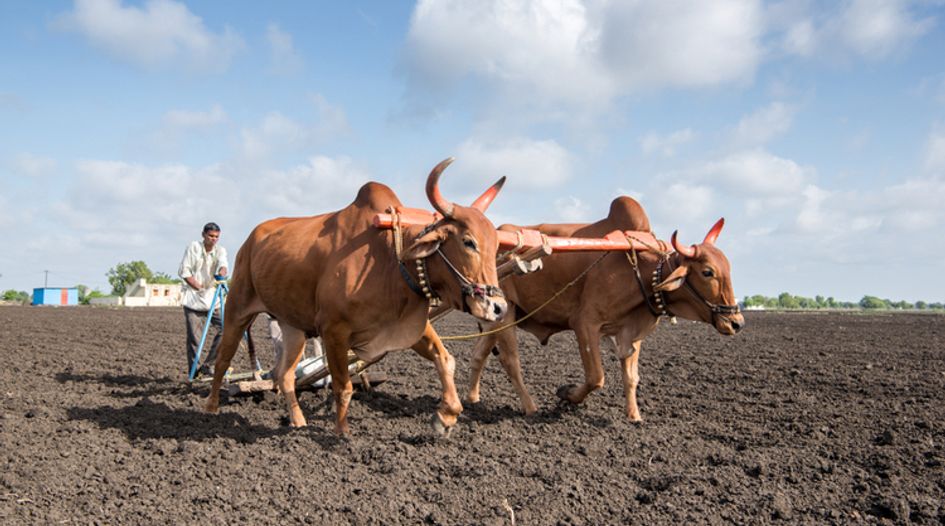 There are important legal issues at stake in the Supreme Court of India’s ongoing review of the patentability of Monsanto’s Bt Cotton technology, explains K&S Partners’ Deepa K. Tiku

All eyes in India are currently on the country’s Supreme Court where the agro-biotech giant Monsanto is battling to reclaim its patent for the pioneering Bt Cotton technology. This will be the court’s first interpretation of convoluted issues relating to the patentability of plant varieties and its decision will be a turning point for the entire biotechnology industry and its ability to protect plant-related inventions in India.

The case began with an infringement suit filed in Delhi by Monsanto against the Indian agribusiness company, Nuziveedu Seeds earlier this year. A two-judge bench of the Delhi High Court (DHC) revoked the company’s Indian patent covering the DNA expression construct and a method for preparing the transgenic Bt Cotton plant using this expression construct.

The court held that the claims fell under the preclusion of Section 3(j) of the Indian Patents Act 1970 which prohibits plants or parts thereof, as well as any essentially biological processes, from being patented. It also held that the said patent was unenforceable against Nuziveedu’s hybrid cotton plant varieties incorporating the Bt Cotton traits.

The 60-page judgment put the spotlight for the first time on the issue of the interplay of the Patents Act and the Plant Variety Protection and Farmers’ Rights Act 2000 (PPVFRA) with regard to the enforceability of a patent vis-à-vis a plant variety. The decision was extensively criticised for several reasons, one being that the matter was decided without any trial, even though the issues in question were highly technical and scientifically complex.

Monsanto appealed to the Supreme Court of India where proceedings are currently underway. The key question before the court is whether the DHC erred in its findings that a novel genetically lab-engineered chemical entity is not patentable under Section 3(j) and not enforceable under the Patents Act.

Monsanto’s patent covered the nucleic acids and constructs responsible for the Bt cotton trait and a method for preparing the transgenic plants with the Bt Cotton trait. The DHC concluded that the claims were not patentable under section 3(j) because they are parts of “seed”. It held that the trait by itself has no intrinsic worth and that it is meant to be implanted or introgressed and further hybridised into another variety through backcrossing and cross breeding with other existing varieties to produce seeds that are ultimately used. Thus, without introgression, the Bt trait is inert and inanimate. Further, since plants or seeds per se are not patentable under Section 3(j), the claims of Monsanto’s patent are unenforceable against any such new varieties that may carry this trait due to natural and essentially biological events.

The DHC’s order made a dangerous presumption that all processes involving plant biotechnology are eventually “essentially biological processes”. It noted that the moment a DNA containing a nucleotide sequence, not occurring independently in nature, is isolated by human intervention (similar to the one claimed in the subject patent) and thereafter integrated and further hybridised, it sets into motion a chain of events which is part of nature and that the seeds and propagating material, including future generation of seeds, would naturally contain the DNA sequence with the particular trait, thereby involving ‘essential biological process’.

In view of the absence of any definition for the terms “parts of plants or animals” or “essentially biological process” in the Patents Act, there is no clear statutory guidance for the same. While the DHC relied on the decisions of the European Patent Office (EPO) Enlarged Board of Appeals striking down the so-called “Tomato” and the “Broccoli” patents, it failed to consider that the new varieties of tomato and broccoli were not transgenic and that there was no recombinant construct being introgressed to prepare these varieties with improved traits.

The European Patent Convention (EPC) and Directive 98/44/EC (the Biotech Directive) also exclude “essentially biological processes” from being patented. Article 2(2) of the Biotech Directive, as well as Rule 26(5) of the EPC, state that “a process for the production of plants or animals is essentially biological if it consists entirely of natural phenomenon such as crossing or selection”.

Further, Article 4(1)(b) of the Biotech Directive excludes from patentability essentially biological processes for the production of plants or animals. Article 4(3), however, clarifies that Article 4(1)(b) will be without prejudice to the patentability of inventions which concern a microbiological or other technical process or a product obtained by means of such a process. Article 53(b) of the EPC echoes the same.

Thus, methods of making transgenic plants using novel recombinant DNA constructs and even transgenic plants are patentable in Europe. Interestingly, the Board of Appeal of the EPO has just ruled that Rule 28(2) EPC as amended by the Administrative Council in July 2017 is void as it is in conflict with Art 53(b) EPC as interpreted by the Enlarged Board in G 2/12. Thus, as per this latest ruling, even the plants produced by essentially biological processes are now patentable in Europe. We hope that these new developments are brought to the attention of the Supreme Court for the European perspective.

Another issue the Supreme Court will have to look at is whether DHC was correct in denying the enforceability of the patent on the method of producing a transgenic plant involving novel nucleotide sequences and the novel construct itself by intertwining it with “essentially biological processes” of a future scheme of natural crossing, breeding and selection processes to produce new plant varieties.

Monsanto asserts that Nuziveedu’s hybrid varieties infringe the claims directed towards the nucleic acid constructs as they could never have the traits but for Monsanto’s construct. Section 48 of the Patents Act should prevent third parties from the “use” of this patented technology to gain these traits for its hybrid varieties for commercial use. Since there was no trial, no contrary data was produced by Nuziveedu that said traits are not imparted by the novel construct and the fact that there is an unpermitted “use” taking place was sidelined by DHC.

The DHC also found that Monsanto can initiate infringement proceedings under the PPVFRA. However,  the judgment provides no reason why Monsanto’s invention is a “variety”. Further, the order lacks reasoning as to the applicability of Section 92 of the PPVFRA which accords an overriding effect to this Act over any other law inconsistent with its provisions. Monsanto therefore asserts that there is no overlap between the Patents Act and the PPVFRA as they are mutually exclusive. What may have to be considered is that Monsanto may not even have a “variety” to enforce under the PPVFRA and that the claimed genetic construct and a method for preparing the transgenic Bt Cotton construct cannot be enforced under the PPVFRA.