Battistelli's achievements overshadow the mistakes he undoubtedly made

A new era gets underway at the European Patent Office tomorrow when Portugal’s Antonio Campinos takes over as its president in succession to Benoît Battistelli, who stepped down on Friday having been in charge since 2010.

It’s fair to say that Battistelli’s tenure was not without its controversies and that the myriad changes to the office’s workings and services that were introduced during his eight years at the helm were not universally welcomed. In fact, they were hated by at least a proportion of both the EPO’s staff and its user community. Overall, though, the combative Frenchman leaves the agency in a far stronger state than he found it.

Back in 2010, the EPO was facing a financial crisis – with serious concerns about whether it had the cash reserves to support its future obligations – and had a growing backlog of applications that an office charging the fees it did could not begin to justify. Battistelli was elected by the Administrative Council – essentially the representatives of the member states of the European Patent Organisation – to deal with both, and that is exactly what he did. As a result, Campinos will inherit an agency that is financially secure and managing the application process far more efficiently than ever before. All this has happened while the EPO has maintained its reputation for issuing the highest quality patents out there.

What’s more, Europe is now much more central to the patent world than it was previously. As a committed European of the old school, Battistelli had a sense of mission throughout his presidency: he saw the patent system as a means of projecting Europe’s soft power and of influencing decision making around innovation policy. He worked hard to form international alliances and was particularly successful in increasing links by making EPO resources and training widely available, and ensuring that when it came to IT infrastructure and patent information the office was always at the top of the tree.

This, as well as a series of developments in the US – the America Invents Act and a line of Supreme Court decisions throwing eligibility in key areas such as software and life sciences into doubt – meant that by 2018 the EPO could credibly claim to be the world’s most influential patent office. In 2010, US companies that based their patenting strategies on European standards were almost non-existent. That is not the case today. This leadership position is Battistelli’s greatest achievement.

However, it has not come cost free. Like many others, we have chronicled the toxic relationship that developed between Battistelli and the SUEPO trade union. It was fitting, in  a perverse kind of way, that in his last week, as the president was in the Hague to celebrate the opening of the EPO’s impressive new HQ in the city, the International Labor Organisation overturned decisions taken by Battistelli to fire or downgrade several members of SUEPO’s leadership and to award them moral damages and costs.

As much as Battistelli would protest the opposite – and he does vociferously – too often he gave the impression that he had allowed his feud with the staff union to become personal. They did not like him and he did not like them, and that led to poor decisions, such as the firings of Elizabeth Hardon, Ion Brumme and Laurent Prunier, and the downgrading of Malika Weaver.

As president, Battistelli correctly believed that it was his responsibility and right to lead, to set strategy and to implement the reforms he felt were necessary to improve the EPO’s offering. It is also undoubtedly the case that SUEPO saw change as its enemy – something that would reduce its influence and increase the workload of its membership. There was always going to be a confrontation.

But confrontations can be handled in different ways – and it is unfortunate that the one we have seen at the EPO over the last eight years has panned out in the way that it has. For me, the heavy-handed approach that Battistelli seemed to pursue, and the sackings especially, played directly into SUEPO’s hands; winning them a level of sympathetic coverage that their support inside the office probably did not deserve.

It’s worth remembering that most EPO examiners did not join the numerous strikes called during Battistelli's time in charge despite sometimes strong pressure for them to do so, that staff retention levels remain at well over 90% and that the conditions under which the office’s employees work are the best offered by any patent office in the world. The fact that the Battistelli reforms have been implemented so successfully indicates that the workforce is not as opposed to them as many media reports would suggest.

All this, of course, is a great opportunity for Antonio Campinos. At the EU IP Office, the Portuguese won a reputation for being focused on ensuring excellent relations between management and staff, and it is hard to believe that there are not a few quick wins for him on that front once he gets his feet under the table in his new position. It seems pretty clear that the Administrative Council sees this as one of his big tasks. However, what is not going to happen is any serious back-peddling on the reforms that Battistelli introduced. That's because it is also crystal clear that the council is very keen on these – from its perspective, they have delivered highly positive results.

And so, a period of tumultuous change comes to an end at the EPO. Battistelli made some mistakes, undoubtedly, but his achievements overshadow them. He left the office having done almost everything he set out to do and with its international standing significantly enhanced. Over the long-term, whether his critics like it or not, it is this that will be remembered. As he begins the next chapter of his life, Benoît Battistelli can be very proud of the one that he has just closed. 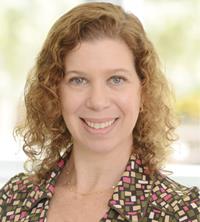