Last Friday, an Australian court handed down a highly anticipated decision relating to software patents. IP Australia has taken a hard line on software patent eligibility in recent years, and some practitioners were looking to this ruling for some added clarity. Those hopes appear to have been dashed for now – patent owners waiting for a landmark will continue to wait. Charles Yip, Manuel Schmidt and Kevin Lam of FB Rice explain why.

The two Encompass innovation patents relate to a method and apparatus for displaying information related to “entities” (exemplified as, “individuals, corporations, businesses, trusts, or any other party involved in a business or other commercial environment”), so as to provide “business intelligence".

In the original decision, Perram J determined that although the alleged invention was innovative due to the additional feature of a previously known “purchasing step”, the invention “merely involve[d] a concatenation of three other methods, none of which is new”. Perram J also stressed that while this combination resulted in an enhanced user experience, his Honour did not see an improvement in the computer.

Substance of the invention

It should be noted that the current examination practice requires the identification of the "substance" of the invention by looking for the "contribution" that the invention makes to the state of the art. It is then the question whether the substance is technical in nature.

Interestingly, the bench of five judges did not follow the path from contribution to substance.  The judges reaffirmed that the phrase “improvement in the computer” is a reference to a statement made in Research Affiliates to distinguish between the mere implementation of an abstract idea in a computer, and the implementation of an abstract idea that creates an improvement in the computer.  Importantly, the bench emphasised that if the claims as a matter of substance “merely requires generic computer implementation”, then the claimed invention cannot be a manner of manufacture.

There is difficulty with the meaning of "merely requires generic computer implementation" because most software uses relatively generic functions on a general purpose computer.  This is also true for technically complex software, such as image processing or machine learning/artificial intelligence.  However, an invention can reside in a complex and technical interrelationship of computing functions that, as a whole, gives the technical and inventive results – but where the basic component calculations are themselves known or easily programmable.  Therefore, it appears the test in considering “merely generic implementation” can be used by IP Australia to refuse applications that may have been patentable under the contribution-substance test even if the invention provides a clear technical advantage.

Given the already harsh approach by IP Australia, we expect little change in prosecution outcomes. But certainly, the chance was missed to clarify the line between abstract ideas and patentable computer-implemented inventions. It will now be interesting to see the decisions on further currently pending court cases. 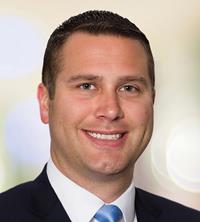