Artificial intelligence and the future of the patent system 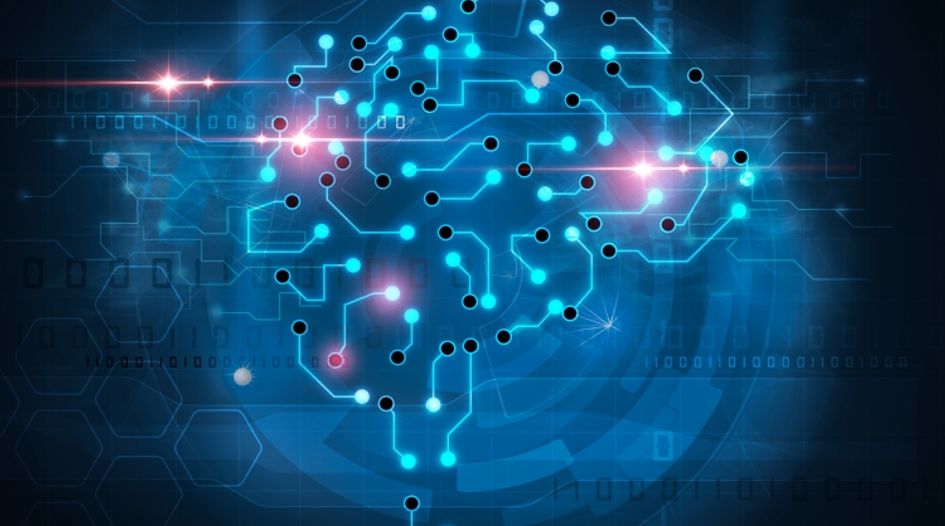 There are myriad issues facing the global patent system which, if not addressed, could lead to a decline in its use.  Put simply, there is way too much data for humans to properly digest.  In this month’s Clarivate Analytics guest piece, Ed White – director of IP analytics at the firm – argues that a closer focus on artificial intelligence could help to solve this existential problem.

The patent system today is challenged as never before. The requirements of novelty and non-obviousness are becoming increasingly difficult to meet and determine with any great level of certainty.  The causes for this are well known.

The volume of information is vast and growing. Last month saw the publication of US patent number 10,000,000.  It joins over 100 million other patent documents, 70 million plus journal articles and over four billion indexed web pages in the corpus of information that potentially needs to be searched to establish novelty.  And the pace is not slackening. It took 122 years to issue the one millionth patent in 1911. It took just over three years to go from nine million to 10 million.

While that growth reflects the increasing ingenuity of civilisation in finding solutions to today’s myriad technical problems, big and small, it comes with a problem. The patent system is based on an exchange – exclusivity, in return for transparency and the benefit of all. While digitisation has meant that most of the world’s patents are readily available, when they come as a firehose, as they do today, we run into some trouble.

Secondly, for some time we have operated in a world where the majority of new inventions don’t have any detail in English. Of the 5.6 million patent documents published globally in 2017, over 62% are in Chinese, Japanese or Korean, often with no English language equivalent.  This too is problematic. It means that the working language of innovation is essentially robbed of the open disclosure intended when patent exclusivity is given out.

Thirdly, innovation is increasingly taking place at the intersection of different technologies and understanding that innovation requires more and more highly complex and specialist knowledge.  The information in patents is complicated. Its value is hidden behind a barrier of required or expected knowledge.

These issues taken together challenge the utility of the patent system. If not addressed, they could potentially devalue it and lead to decline in its use.  There is simply way too much data for a human to read, analyse and understand.  It is clear we need help.  Step up artificial intelligence (AI).

The generally accepted definition of AI is the demonstration of intelligence by machines. More commonly, it's a term that is used when we use a machine to mimic cognitive human functions such as learning and problem-solving.

Over time, there has been a lot of research done in the areas of mathematics, cognitive science and other areas, but AI really took off in the late 1990s with the advent of computing technology. This allowed AI to make great advances and to result in some tangible applications in various areas.

AI is enabled through machine learning. Training a machine learning system with a pre-determined focused data set provides the computer with the ability to continue learning without being pre-programmed. Machine learning provides algorithms that learn from data and create foresights based on that data.  By using machine learning, AI is able to use learning from a data set to solve problems and give relevant recommendations.

How is AI currently being used?

As applications which demonstrate artificial intelligence become widely adopted, the tendency is to forget that they are actually a part of AI.  Machine translation is an example.

We take for granted that we can copy and paste foreign language text and get back a passable translation instantly, but the machine is truly demonstrating a level of intelligence in performing that feat.  The technology is already being used to address the language issue in patents – specialist machine translation engines are already good and getting much better daily.

Natural language processing is another part of AI that has great potential to help address the twin challenges of volume and complexity.  According to Tom Fleischman, Master Inventor at IBM:

“I believe we must begin to train AI machines to ingest, digest, understand and analyse the tremendous amount of data and to provide insights. This is not necessarily to give us the answer, but to provide insights that help reach towards an answer.  The insights provided should be used as a guide - in this sense, at IBM we call AI ‘augmented Intelligence’ rather than artificial intelligence.  It shouldn’t be used to replace human thinking – it’s meant to augment human thinking.  Think of it as a co-worker.”

Another area where machines have already proved immensely helpful is semantic search, where a section of natural language text is used to search against a data set and return relevance ranked results.  There are various approaches to achieve this - ranging from deep learning techniques and artificial neural networks to Bayesian networks and latent semantic analysis and indexing - but a useful model to look at is the so-called Vector Space Model.

As the volume and complexity of patents and the challenge of understanding not just natural language, but patent language continues to increase, AI will be increasingly important in helping to manage the problems and ensure a healthy future for the patent system.

And just last month, at a meeting in New Orleans of the IP5 patent offices (China, Europe, Japan, Korea, USA), the impact of AI on the patent system was identified as “one of the main IP5 strategic priorities to be the subject of common reflection”.

More speculatively, if we can move towards algorithmically enhanced patentability searching, how long is it until we see the regulatory environment around patents embrace AI techniques – in examination, for example? Or how about automated patent drafting? After all, patent claims and patentability exist within a rules environment.   And if the machine can draft a patent, how about automated inventing? Why not just have the computer create the invention by mining the technology for potential solutions - an algorithm that’s really good at knowing everything that’s been previously invented and potentially inventing on the fly.

These last points open a window on the future, on regulatory and, likely, judicial challenges that await when, due to the scale of our global innovation culture, the patent system itself responds in an automated way. How does the judicial background on obviousness stand up when the “person” skilled in the art is no longer a person, but an algorithm? How does a patent application aimed at an augmented intelligence examination procedure differ from what we have today?

Whatever the future holds for the patent system, it’s a sure bet that AI will be a significant part of it.

This article is based on a recent webinar “Artificial Intelligence: Hype vs. Reality and the Impact on the Patent Industry” given by panelists Tom Fleischman, Ed White and Bob Stembridge. A recording is available here.