After being opposed for so long, Spain could be about to change its mind on joining the UPC

A new Spanish patent act will come into force on 1st April 2017, following its recent publication in the country’s Official Gazette. There is a detailed look at all the major provisions in the legislation over on the PatLit blog, but what looks to be the most significant change is that, for first time ever, a substantive examination will be required before the grant of a patent in Spain. Up until now, examination has been optional, meaning that only around 10% of applicants bothered with it.

However, the new law may not be the only big patent news coming out of Spain over the next year or so. According to Josep Maria Pujals – a long-term, well-connected contact of mine in Spain who manages the customer services department of Barcelona-HQed patent and trademark attorney firm Oficina Ponti – it is possible that the country will soon begin to take the first, tentative steps to signing up to the new Unified Patent Court system.

Based on conversations he has had with figures in the Spanish government and in industry, Pujals reports that following the failure of the CJEU suit brought by Spain and Italy questioning the legality of the UPC creation process, and Italy’s subsequent decision to sign-up, there is now a very real possibility that Spain will rethink its long-standing opposition to the UPC and make moves to become a part of the regime too.

Pujals states that the country does still have issues with aspects of the planned system beyond the one of language, while there is also a reluctance to take any concrete action while neither the UK nor Germany have ratified; but from what he understands, says Pujals, it does now look as if once those two countries have finalised their participation, “Spain will follow”. (On a side note, Pujals also mentioned rumours that it is Germany’s plan to become the 13th state to ratify the UPC, so being the country whose signature will bring it into force.)

If Pujals is correct and Spain does sign up to the UPC it would be particularly significant because the continent’s five biggest economies and most populous countries (Germany, France, the UK, Italy and Spain) would then be a part of the regime. However, it is not going to be plain sailing. There is a general election due to take place by the end of this year, which could see a new government with different priorities returned to power; while, up to now, there has been strong opposition to Spain’s participation from the country’s employer’s organisation, whose IP committee is chaired by Luis-Alfonso Durán – the managing partner of the patent and attorney firm Durán-Corretjer.

Should Spain join the UPC, a substantial revenue stream for at least some of the country’s 350 patent attorneys could dry up, as the current translation work needed before EPO-granted patents can become valid in Spain would be substantially – if not totally- curtailed. That said, a move to a fully examined system means that prosecution work might well become more profitable, especially if Spanish businesses – the overwhelming majority of which have never engaged with the patent system, even without having to pay for substantive examinations – could be persuaded to change their minds. What’s more, a chamber of the UPC in Madrid and/or Barcelona might also generate some new work.

Thus, while nothing is certain and all of the above is hearsay not verifiable fact, do not be surprised if Europe’s biggest stand-out against the UPC begins to get a little more positive about it over the coming months. Who knows, 1st April 2017 might not only see the birth of a new Spanish patent regime, but also the country’s accession to the world’s most important single patent market. Should that happen, it would be one hell of a double whammy. 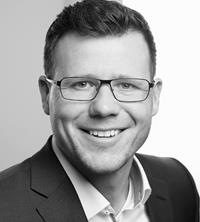