From across the Atlantic, Goodlatte’s fee-shifting plans look far less onerous than the UK’s “English rule”

One of the key differences of the American legal system compared with the UK one is the difficulty of claiming costs from the losing side in a lawsuit. Generally speaking, in the US you can’t do it; while in the UK you can - hence the term the “English rule”. There is not an absolute ban on recovering costs from the other side under US law – in patent suits, for example, they may be recoverable in ‘exceptional’ cases – but it is done far less frequently than it is across the pond.

Fee-shifting in patent cases has been thrown into the spotlight in recent years by two US Supreme Court Cases – Octane and Highmark – which lowered the bar for recovering fees, and the inclusion of a fee-shifting provision in the Innovation Act. Last week we looked at whether the proposed new legislation contains a presumption of fee-shifting. The bill’s author, Congressman Goodlatte, insists it does not; many, though, believe he is wrong.

A number of the players in the IP market – such as the well resourced operating companies and NPEs – insist that fee-shifting will be less far-reaching that many of the other parts of Goodlatte’s bill, but it is an obvious concern for start-ups, SMEs, lone inventors and others with limited resources, as well as those trial lawyers who fear that it will presage broader tort reform. For all these parties, any change to the US system that pushes it closer to the British approach is enough to send shivers down the spine.

Here’s the excerpt in the bill which relates to fee-shifting:

The court shall award, to a prevailing party, reasonable fees and other expenses incurred by that party in connection with a civil action in which any party asserts a claim for relief arising under any Act of Congress relating to patents, unless the court finds that the position and conduct of the non-prevailing party or parties were reasonably justified in law and fact or that special circumstances (such as economic hardship to a named inventor) make an award unjust.

So how close to the British system does what Goodlatte proposes get? We asked an an English lawyer to tell us: Alan Johnson, a London-based partner at specialist IP law firm Bristows. And because the phrase ‘English system’ is also used to describe any kind of fee-shifting provision in any jurisdiction, we also asked Peter-Michael Weisse, a partner at the German firm Wildanger Kehrwald Graf v.Schwerin & Partner, for an explanation on how the system works in Europe’s favourite jurisdiction for patent litigation. Here’s what they had to say.

From the look of the Goodlatte Bill all of the same types of costs - notably attorneys' fees - which are recoverable in UK litigation would also be recoverable in the US. But the big difference is that the UK is for the most part a simple "loser pays" system, subject mainly to only one minor "get out" which in patent matters is under section 106 of the Patents Act. This states that the court can (though it very rarely does) take the financial position of the parties into account. That seems broadly equivalent to the second part of the proposed US clause about economic hardship.

But the proposed Goodlatte clause has a much wider "get-out" in that the losing party will not pay if it was reasonably justified in its position. That is very different from the UK position where the starting point is that the loser pays regardless of justification or reasonableness.

There is a parallel with the UK, though, in both UK IPO proceedings and patents court proceedings which could be informative for US litigants.

In the UK IPO costs are, most of the time, awarded on a scale basis, but can be awarded "off scale" in cases where the conduct has been particularly unreasonable, such as if there has been an abuse of the system. This seems quite close to the US proposal, and what is interesting in that context is how infrequent "off scale" awards are in the UK IPO: maybe one or two cases in 100.

The UK court, including the patents court, has a different rule about costs. They are awarded on a "standard" basis. This usually translates to about 70% of actual costs including attorneys' fees. But the court also has a power to award costs on an "indemnity" basis. That doesn't quite mean what it sounds like, but you might expect to recover 90% of your actual costs on that basis. That said, indemnity costs are, like UK IPO "off scale" costs, awarded only rarely - probably again in one or two cases in 100.

The reason is that the award is made only in "exceptional" circumstances. What is exceptional is not defined, but case law suggests the conduct of the litigation must be unreasonably or bitterly contested. This may be a slightly tougher standard than that which the Goodlatte Bill envisages - the UK approach is more about punishing bad conduct than pursuing a case which is bad on the merits; but that said, an indemnity costs award is most likely when a party pursues a point which it ought to know - and maybe does know - is hopeless.

If the US approach is going to be that a loser will not pay if it loses in a reasonable way - which, put the other way round, means the winning party must show that the loser has been unreasonable - then I expect that the amount of fee-shifting will not be much greater than the amount of award of costs in the UK courts on an indemnity basis or in the UK IPO on an "off scale" basis. Perhaps a little more, but not much would be my guess.

So maybe this clause will bite in the most unreasonable NPE cases. However, if the case is plausible, I suspect there will be no costs award. If this does go through, therefore, there will be huge debates about whether just because a case is just about arguable, that makes it reasonable. That could be contentious to judge - perhaps especially in the case of jury decisions.

The UK rule for normal fee-shifting is very different and quite simple: loser pays. That is a pretty easy outcome to judge.

The court in Germany has no discretion. It is mandatory that the losing party has to bear the costs of the winning party and the court costs. For example, if the plaintiff wins with 80% of what it requested, 80% the costs are imposed on the defendant and 20% on plaintiff.

This makes it possible for the plaintiff to predict the cost risk of a suit in case of a loss very reliably. The plaintiff, must, however, keep in mind that if it wins it will probably not recover all of its attorney’s costs if the attorney charges on an hourly basis (which is common practice) but only the statutory fees.

Some observations from a non-lawyer: 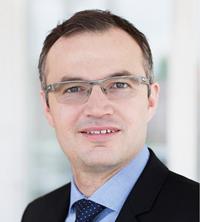