The 2017 inductees into the IP Hall of Fame are revealed

Responding to the news, this year’s inductees and GE’s chief IP counsel & GC for global research, Buck de Wolf, had the following to say:

"I am very grateful to have been elected to join the IP Hall of Fame; it is a wonderful honour which is due in no small part to the fact that I lead a vibrant, forward-looking organisation that is entirely committed to, and driven by, its users." Antonio Campinos

"I am very glad and feel extremely honoured to have been chosen for this very prestigious award. Looking at those who became a member of this illustrious group earlier, I realise what a privilege it is to belong to this group. It also is a great pleasure to see so many good friends among the members." Charles Gielen

“We are so proud of the recognition that Carl has so rightly received. He had an enormous impact on GE, on his team and the field of intellectual property. But what he will be most remembered for is his impact on each of us individually through his energy, effort and example.”  Buck de Wolf, chief IP counsel & GC for global research, GE

The inductees will be honoured during this year’s IPBC Global in Ottawa in June. 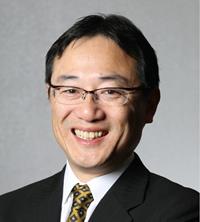