The 2016 inductees into the IP Hall of Fame are revealed

• Margot Fröhlinger: Principal director of patent law and multilateral affairs at the European Patent Office; one of the driving forces behind the creation of the unitary patent and the Unified Patent Court system, both at the EPO and previously while with the European Commission. She has also worked on other patent law harmonisation initiatives in Europe and internationally, including the strengthening of the Patent Cooperation Treaty system, and enhancing cooperation between major IP offices.

• Lulin Gao: One of the principal architects of the current Chinese patent system, Lulin Gao was the longest serving commissioner of the Chinese Patent Office and the first head of the State Intellectual Property Office that succeeded it. Gao has played a significant role in China’s embrace of patents as an asset class and has worked tirelessly to facilitate the nation’s participation in international IP initiatives.

• James Pooley: A leading scholar and practitioner of trade secret law in the United States, Pooley is a key advocate for the proposed Defend Trade Secrets Act. Between 2009 and 2014 Pooley was Deputy Director General of the World Intellectual Property Organisation where he advanced efforts towards the harmonisation of international patent law and facilitated improvements to the Patent Cooperation Treaty.

"The Unitary Patent / Unified Patent Court package is a great European project. Its benefits for innovation and economic growth in Europe, as well as for European integration, cannot be overestimated. At a time when Europe moves backwards rather than forward, it is good to see that such projects can still move ahead. Working on this for many years has been a challenge but also a privilege and a marvellous experience because of the people I had the chance to meet and to work with." Margot Fröhlinger

“I am happy to have been selected as an inductee into the IP Hall of Fame for 2016. This is a great honour for me standing together with many other outstanding international IP personalities. I thanks the members of IP Hall of Fame Academy very much for selecting me. I receive this honour for the Chinese IP community as a whole; without their hard work and help it would have been impossible for me to get this highest honour.” Lulin Gao

“I am thrilled and grateful to receive this recognition from such esteemed colleagues. During our lifetimes intellectual property has become the backbone of the globalised, digitised economy. We are all privileged to serve as professionals in a field that honours the creativity and genius of so many people, and that delivers so much benefit to the world at large. I am glad that my induction into the IP Hall of Fame can bring more awareness to trade secrets as a driver of innovation.” James Pooley

The inductees will be honoured at a ceremony taking place during this year’s IPBC Global in Barcelona in June. 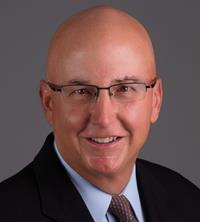