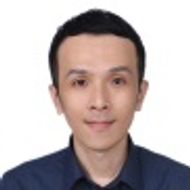 Pursuant to the current Patent Act, reasons or evidence provided with an invalidation request prior to the decision must be examined. This can result in a delay to the review process because it usually provides new reasons and evidence in response to a new post-grant amendment submitted by the patentee. New restrictions have been introduced into the draft amendments in order to avoid undue delays at this stage. They stipulate that an invalidation request must provide reasons or evidence within three months after the filing date of the invalidation request (statutory time period). Any submission after this period will not be examined. Moreover, the draft amendments also restrict post-grant amendments.

Post-grant amendments of utility model patents will be subject to substantive examination rather than the current formality examination. In addition, they must be filed within one of the following time periods:

Extension of the patent term for design patents

In view of industry proposals and in order to harmonise with international practices, the patent term of design patents has been extended from 12 years to 15 years, starting from its filing date.

Amendments to the duration of file storage

Several regulations have been removed in the amendments to avoid doubt or misunderstanding. In addition, an applicant’s failure to submit a certified copy of the first patent application issued by a foreign patent authority within 16 months after the earliest priority date will no longer be a reason to reinstate a priority claim.

The transitional provisions of the proposed and current Patent Acts are set out in the amendments. For example, a regulation for the abovementioned extension of the patent term for design patents has been added.

There are two major points of note in the amendments. First is the relaxation of multiple restrictions, including the applicable range of and deadline for filing a divisional application after an original patent application is approved and the extension of the patent term for design patents. If the amendments are passed and enacted, these relaxations will allow for more flexible application strategies. The second is that the deadline for submitting new reasons and evidence in invalidation actions will be more strictly controlled. Although the statutory deadline has been extended from one month to three months, any submission after said statutory time period will not be examined.