The last seven days on the IAM blog

Formed after the Nortel patent auction in 2011, Rockstar Consortium had high-profile backers and a war chest of 4,000 patents to play with. Now, though, it is no more. On the IAM blog this week, we reported on the outfit’s endgame as RPX completed the purchase of its portfolio and along the way acquired a 17.5% share in Spherix, a public IP company (PIPCO) that is suing several of its members. We revealed, too, that ex-Rockstar CEO John Veschi has launched a new IP consultancy with many of the NPE’s senior management team. Meanwhile, in Washington DC, new patent reform legislation is imminent. We spoke to a former adviser to influential Senator Patrick Leahy on how the process will work and why those who support change would be wise not to overplay their hand. We also looked at PIPCO stock performance in 2014 – it was generally a miserable year, we stated, but there were some positives. Over in China, the identities of the top recipients of invention and utility patents were published; we noted the conspicuous absence of US and European companies from the lists. 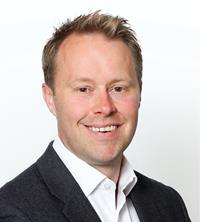