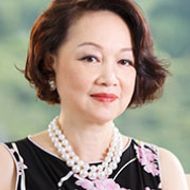 A recent decision shows that in cases where product packaging has been damaged and the third-party platform cannot prove that the contents is genuine, trademark owners can take actions on the grounds of trademark infringement.

The case at hand concerns the sale of health supplement products in mainland China. The items in question were distributed through specific channels, but unauthorised sales through third-party online platforms were discovered.

While claiming to be genuine, it was revealed that the packaging (in particular the batch codes and tracking information) of the products sold on these online platforms was damaged. The healthcare company therefore could not track the items (assuming that they were genuine) and could not pursue claims against the contractors who may be responsible for unauthorised selling activities. Worse still, it was found that the information printed on the inner side of the container was also damaged, meaning that the infringer had to unseal the container and take out the content before it could be removed.

Even if the products were originally genuine, there was no guarantee that the content (capsules and powders, depending on the type of health supplement products) had been safely stored and free from contamination when taken out to remove the information. Further, there was no guarantee that the genuine content had been refilled rather than mixed with unknown ingredients. In view of the serious health risk posed to the public, litigation was commenced against the seller on the grounds of trademark infringement.

The infringer claimed that the products were genuine. In order to establish whether this was a case of trademark infringement, the following legal arguments were put forward:

The court accepted these arguments and held that the third-party seller, without contrary evidence showing that the products sold were genuine, had infringed the company’s trademark rights as the products bear the healthcare entity’s marks. Further, it found that selling products with batch codes and tracking information removed, even if they were originally genuine products, constituted infringement. The court’s main reasoning was that the mark proves origin of trade, which was impaired by the removal of source information and thus the trademark owner’s ability to track and control quality was also damaged. The court further reasoned that this could cause confusion. Further, the consumer’s right to information about the product’s source was also harmed. Together, this constituted infringement under Article 57(7).

The court further held that the infringer had violated the Anti-unfair Competition Law. It was ordered to stop infringing the healthcare company’s trademark rights and publishing false advertisements. Further, it had to pay roughly $100,000 in damages.

A key takeaway from this case is that it is possible that the infringer was selling genuine products, but with the source and tracking information removed. Still, when the mark holder’s ability to track the source of products and to control the quality was impaired, the court accepted that this was infringement under Article 57(7) of the Trademark Law. This is a helpful case for trademark owners to take action against unapproved sales through unauthorised channels, in which infringers destroy source information to avoid contractual claims.

@IAM_Alerts The US Supreme Court looks set to make changes to the rules around assignor validity challenges in Minerva Surgical… https://t.co/s7O1tfNAu0 Read more

@IAM_Alerts RT @jwschindler: It's feast or famine in the Western District of Texas https://t.co/1VaUARUkt9 Read more