By Yusheng Shi, Jing Xu and Wei He

Given the importance of the Chinese market to companies today and the ongoing battles fought against infringers, it is imperative that trademark owners understand how best to protect their rights. If civil litigation is the chosen option, there are many elements which may affect the plaintiff’s chances of success in a trademark infringement lawsuit in China. This report highlights several issues which consistently arise in trademark infringement cases and often prove critical.

Given the importance of the Chinese market to companies today and the ongoing battles fought against infringers, it is imperative that trademark owners understand how best to protect their rights. If civil litigation is the chosen option, there are many elements which may affect the plaintiff’s chances of success in a trademark infringement lawsuit in China. This report highlights several issues which consistently arise in trademark infringement cases and often prove critical. The legal approaches to trademark protection listed herein also generally apply to service marks.

A trademark application will often be approved if it is a mark of outstanding distinctiveness. Even if it is successfully registered, a trademark may fail to secure the expected protection if it lacks distinctiveness (eg, if it is based on a common word). The courts often apply similar logic in trademark infringement cases. In judicial practice, the more distinctive a registered trademark is, the stronger the protection it will receive. One variation of this rule concerns Chinese-language versions of foreign marks. As China is not an English-speaking country, the owner of a trademark written in English must register a Chinese version in China in order to obtain full protection. If the owner of the English mark fails to do so or delays in doing so, the Chinese version may be registered by another party and the owner of the original English mark may find itself facing a trademark infringement claim from the Chinese registrant. The English owner may claim trademark infringement against the user of a Chinese mark if the Chinese mark has not yet been registered, but has only been used by the other party – provided that the English owner can prove that an exclusive relationship between the English mark and the Chinese version has been established through their use in the relevant market.

A recent case that highlights such issues is the civil action brought by French company Leroy-Somer, which owns the famous mark LEROY-SOMER, against a Chinese company which had applied to register and used a Chinese version of the LEROY-SOMER mark on similar products. The Chinese company also used the Chinese version of the mark in its company name. The alleged infringer argued that:

Leroy-Somer presented a large amount of evidence – including articles, textbooks, company registration documents, product certificates, contracts, commercials, brochures and specifications – to prove that it had developed a relationship between the mark LEROY-SOMER and the Chinese-language version at issue as a result of comprehensive and longstanding continuous use. The court ultimately supported Leroy-Somer’s claims with regard to both trademark infringement and unfair competition, although it did not register the Chinese-language mark for LEROY-SOMER.

Scope of protection for registered marks

The exclusive rights associated with a registered trademark are limited to the approved mark and the goods for which it is designated by the Trademark Bureau. However, in an infringement case the scope of protection for a registered trademark is not limited to the designated goods. Anyone that uses a trademark that is identical or similar to a registered trademark on goods which are similar to the designated goods may be found guilty of infringement. Therefore, it is extremely important for both plaintiffs and defendants to claim a favourable scope of protection for the registered trademark. The classification chart of goods issued by the Trademark Bureau is based on the Nice Classification and is designed to help examiners when assessing trademark applications. However, it is not the sole standard, but only a reference that a court may use to determine whether the goods concerned in a trademark infringement case are similar. The court will examine certain aspects (eg, functions, uses, manufacturing sources, sales channels and consumers) of the relevant goods in order to decide on their similarity. The court may also consider whether the relevant public considers that the two products have some special relationship that might lead to consumer confusion. This is an analytical and subjective process. Therefore, the parties need to collect enough evidence to prove the similarity or otherwise of the products.

An issue arises when the goods for which a trademark was originally registered no longer exist. It is disputable as to whether the scope of protection of the registered trademark covers products that are similar to those originally designated. A case is currently ongoing in which the rights holder did not use its registered trademark for the only designated product in a specific class of goods in the three years before filing suit, as the product was taken off the market due to technological advances. In such a situation an argument could be made as to whether protection should extend to other products in the same class as the originally designated product. An appropriate definition of the scope of protection for a trademark will have a significant impact on the results of the case.

The best way to protect a registered trademark against an infringing mark used for different goods from those for which it is designated is to request a court to recognise the mark as well known. However, a court can do this only if protection is sought beyond the scope of registered and covered protection. While it is not easy to have a mark recognised as well known, this will often prove highly beneficial to the rights holder in further enforcement actions, although the courts will recognise a mark as well known on a case-by-case basis.

In a trademark infringement case Kodak had registered the mark KODAK in various classes of goods, including photographic equipment and supplies, but not in the class in which the defendant was using its mark: KODAROPTIK, which was used for auto-window tinting products. In addition to the trademark infringement claim, Kodak raised a claim for unfair competition based on the fact that the alleged infringer used the distinctive red-yellow colour combination in its advertising materials in order to associate itself with Kodak. The court recognised KODAK as a well-known trademark, meaning that it could be protected beyond the class of registration (ie, also in the class of auto-window tinting products). Obtaining such status was critical to Kodak’s victory in this case.

In a recent case the plaintiff registered the mark FUJI FU SHI (‘fu shi’ is the Chinese-language counterpart of ‘Fuji’) for various goods, including elevators. The name of the defendant’s company – in both English and Chinese – contained the characters ‘Fuji’ and their Chinese-language counterpart, which it used in various ways (eg, on packaging, in brochures and on the control panels of its elevators). However, this use was not very prominent. The court decided that such use thus did not infringe the plaintiff’s mark, partly on the grounds that the plaintiff did not use the mark extensively in the relevant market, as it did not have the necessary qualifications for manufacturing, installing and maintaining elevators – products which require a high standard of safety and which are strictly regulated and supervised by the government. This case highlights the importance of the trademark owner having used its mark when enforcing its rights.

Although the Trademark Law and relevant judicial interpretations do not make bad faith a crucial element for determining trademark infringement, any evidence of bad faith will influence the court’s decision, especially when the similarity of two marks is in dispute. There are many ways to prove bad faith – for example, where the accused party has registered many well-known trademarks in bad faith, used the mark in a dishonest way or simultaneously infringed a rights holder’s other IP rights (eg, patents or copyrights). In addition, proving an infringer’s bad faith may also help the rights holder to obtain a large damages award from the court.

In a recent case Kenwood filed suit against an infringer whose mark had some differences from its own registered mark; the similarity of the two marks was in dispute. To support its infringement claim, Kenwood collected sufficient evidence and attacked the infringer simultaneously on the grounds of copyright infringement, patent infringement and unfair competition. With all of the facts pointing to the infringer’s bad faith, the court eventually supported all of Kenwood’s claims.

Rights holders can claim monetary compensation based on the amount of profits earned by an infringer or the damages it has suffered, or alternatively request a statutory amount of compensation. The maximum statutory award in trademark cases in China is Rmb3 million. However, there are some effective ways to prove an infringer’s profits (eg, using the annual reports of listed companies as evidence). Public statements of the infringer (eg, on its website) regarding its income can also be used as a basis for calculating damages. Further, rights holders can present evidence proving the profit rates in the field in order to calculate the amount of damages based on the income that the alleged infringer obtained from selling the alleged infringing products.

This is by no means an exhaustive list of issues associated with trademark infringement cases, but it does provide a basic guide to key considerations for rights holders in such cases. When considering enforcement options in China, rights holders should seek out local counsel to provide various enforcement options, as well as the pros and cons of each, and weigh the strength of the specific claim. 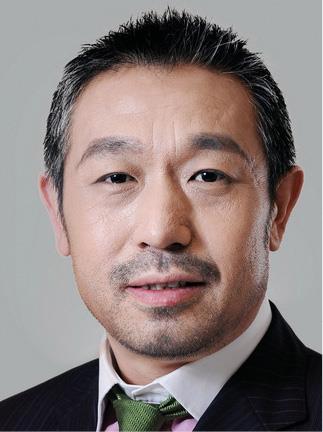 Yusheng Shi’s practice focuses on intellectual property with a specialisation in dispute resolution related to trademarks, patents, copyrights, domain names, trade secrets and unfair competition claims. He has extensive experience in representing multinational corporations in IP disputes in China. Mr Shi has been an advocate before Chinese courts in cases covering virtually all types of IP rights. His cases have included not only civil actions for infringement of IP rights, but also administrative lawsuits over the grant, invalidation or cancellation of patent and trademark rights. His clients are from a diverse range of industries, including automotive, electronics, semiconductor, telecommunications, pharmaceuticals, chemicals, restaurants, publishing, software, information technologies and internet-related businesses. 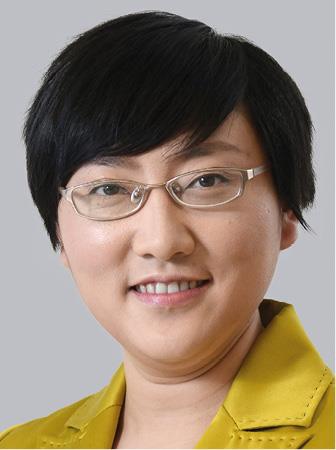 Jing Xu specialises in IP litigation, alternative dispute resolution and intellectual property/technology licensing. Her practice covers the full range of contentious, non-contentious and transactional intellectual property, internet, telecommunications and technology matters. As one of the leading IP litigators in China, Ms Xu has been involved with dozens of cases, including many viewed as landmark decisions in Chinese IP law. She has experience in addressing clients’ legal needs in the areas of IP protection (eg, patent, copyright, trademark and domain names), unfair competition, trade secrets, IP licensing, technology transfer agreements and dispute resolution. 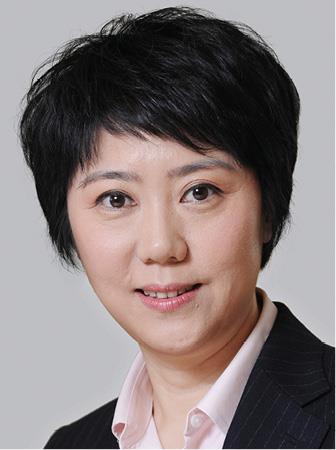 @IAM_Alerts RT @EPOorg: Once again, users have voted the EPO number #1 among the world’s five largest #patent offices for the quality of its patents an… Read more