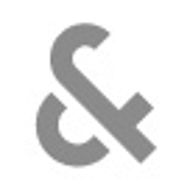 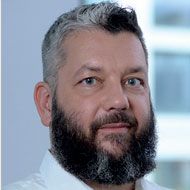 The MPEG-2 Cases
A tradition of expertise

It was in his position as chair of Civil Chamber 4b that Kühnen, together with Judge Grabinski, presided over the landmark MPEG-2 Cases in 2006.

The MPEG-2 Cases
In July 2005, 10 of the world’s leading companies in the field of electronics and a US university filed 15 patent litigation actions against a major German DVD producer, alleging that it was manufacturing data carriers that infringed their patents. The plaintiffs had helped to develop the MPEG-2 technology, the leading worldwide video compression technology used for the broadcast of almost all digital television signals and for the mass dissemination of digital television signals via DVDs. They, and others, offered licences, in a fair and non-discriminatory manner, for the patents essential to the implementation of MPEG-2 technology, as standardised by the International Standardisation Organisation and the International Electrotechnical Commission.

The actions were filed with the Dusseldorf District Court, which distributed the 15 cases between its two patent litigation chambers. The defendant filed nullity actions for 10 of the 15 patent litigation actions with the Munich Federal Patent Court, as the competent court for validity issues in Germany. Less than 18 months after filing, the Dusseldorf District Court had dealt with all the questions of patent infringement and antitrust law raised by the plaintiffs and the implications of the corresponding nullity actions, and had issued verdicts which the plaintiffs enforced immediately.

In the course of these proceedings the court addressed important legal questions pertaining to the protection of inventions relating to information technology. It concluded that the offending data carriers were a direct product of a patent-protected video compression method and accordingly their manufacture/production constituted patent infringement under the applicable German law (Section 9(2)(3) of the Patent Act), harmonised with European law (Article 64 (2)).

His next career stop led him to the Tenth Civil Senate (also responsible for patent litigation) of the Federal Court of Justice in Karlsruhe until October 1997. Subsequently Kühnen completed his first stint as judge until June 2000 at the same senate to which he has now been appointed as chair.

The fact that such a distinguished and experienced judge has been appointed as chairman of the Second Civil Senate of the Dusseldorf Higher Regional Court suggests that the patent expertise for which Dusseldorf courts have become famous looks set to continue.